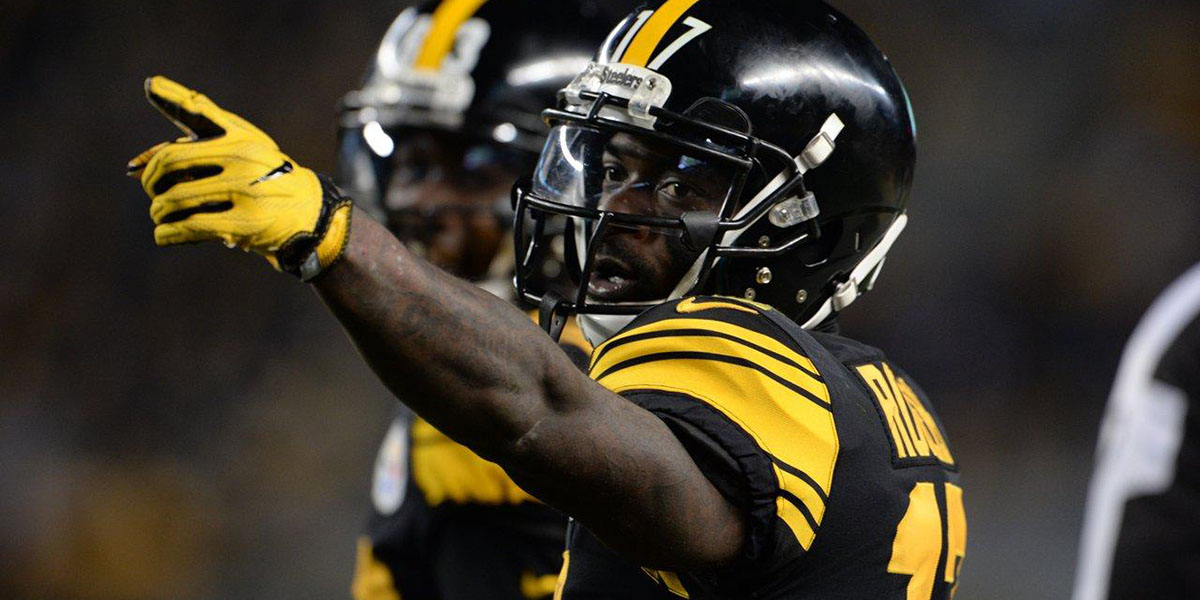 Ben Roethlisberger completed 8 passes on what would be the Pittsburgh Steelers game-winning drive over the Baltimore Ravens on Sunday, but it wasn’t the volume of passes, or even the precision of Big Ben’s passing (he didn’t throw an incompletion on the drive) which stood out to me.

With the game on the line, it was the players who caught Roethlisberger’s throws, who stood out.

Each of Big Ben’s intended targets was a player overlooked by the rest of the NFL – players taken in the 5th round, or later, in the draft… or not at all.

Tight end Jesse James, who caught two passes on the drive, including a chain-moving third down conversion, was selected 160th overall in the 5th round of the 2015 NFL Draft. He headlines this list, not only as one of two players who caught multiple passes from Roethlisberger with a minute remaining, but also as the highest drafted player in the list above.

Yes: James is the highest draft selection of those who caught one of Ben’s 8 passes to win the game.

Following James in draft order is a player who needs no introduction: Antonio Brown, who had the “immaculate reception” and is without a doubt a bonafide superstar who now has had his fourth straight season with 100 or more receptions. That record is jointly held by former Indianapolis Colt, and Pro Football Hall of Famer, Marvin Harrison.

Not too bad for Brown, a sixth round choice in 2010, who was taken 195th overall out of Central Michigan.

Clearly AB plays with a chip on his shoulder, but it was the impressive poise of this year’s 7th round pick, rookie receiver Demarcus Ayers, which impressed on Sunday. Ayers would catch his only pass in the game on this drive, but earlier drew a pass interference call, after beating Ravens CB Tavon Young on a deep route.

Even more impressive: this was Ayers first-ever playing time in his short NFL career, after being called up from the practice squad two weeks ago.

Again, not shabby for a player who was chosen 229th overall, yet, there were several more names who went undrafted entirely, and contributed to this drive.

The first of those names is Cobi Hamilton, a life-long journeyman practice squad receiver, who was also called up earlier this season to the main roster. Hamilton was acquired after being released by the Carolina Panthers during the preseason. We often joke here at SCU that Hamilton “only moves the chains” but it’s not funny: Cobi is clutch in key situations.

This would be his only catch on the day, but yet another one that gained a small chunk of yards and continued the Steelers match down-field.

Eli Rogers also added a 20-yard reception in the middle of final drive. Rogers, an undrafted wide receiver out of Louisville, is in his second year with the Steelers following a rookie campaign which saw him placed on Injured Reserve to start the season. Eli would catch 4 of his 5 targets for 84 yards in this game.

And I’d be remiss to forget Xavier Grimble, who may not have had an impact on the final play, but definitely had one on the final score. Another undrafted journeyman, the former USC Trojans tight end scored the game’s first touchdown on a 20-yard pass from Roethlisberger. The play had looked like one drawn up for the sidelined Ladarius Green (concussion protocol) and had fans all but forget it wasn’t Green.

As the plays unfolded on Sunday, I continue to be amazed by how the Steelers front office finds these “diamonds in the rough”; players taken on the final day of the draft, or not taken at all, who all contribute to the success of the franchise.

While a lot of their success has to do with having a future Hall of Fame quarterback under center, equal credit should go to Kevin Colbert and company for identifying these players, and how they fit with the Steelers system, as well as the coaches who are able to maintain “the standard” which has become the norm in Pittsburgh.

Of course, a huge chunk of credit also goes to the athletes themselves, as they’ve never given up, and in many cases (such as Brown) have made a case of going from draft day afterthought, to NFL superstar.

For that, I tip my cap to each of you.

One response to ““Unwanted” players fuel Steelers win over the Ravens”