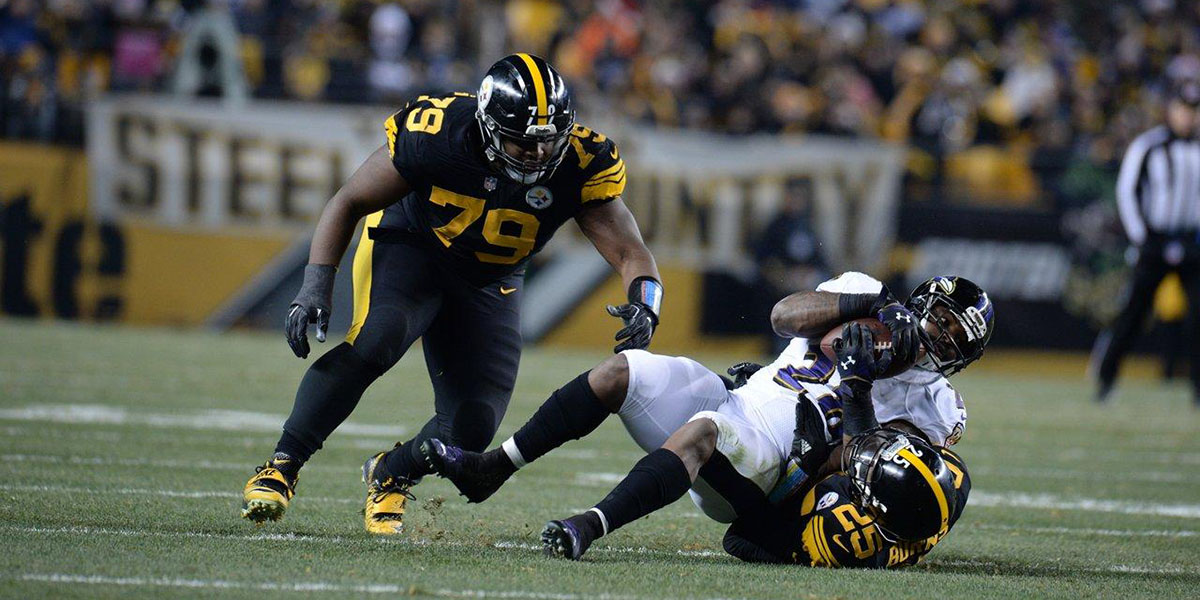 Tight race for Steelers rookie of the year award

The Joe Greene Great Performance award is being voted on this week by local pro football writers in Pittsburgh: it is essentially the Steelers version of the Rookie of the Year award.

The award winner will be announced this Thursday, and for once in a very long time, it’s not going to be as easy to chose a winner as it has been in the past.

Here are the winners from the last few years:

Reading that list it’s pretty easy to think back and realize that the competition wasn’t very stiff in any of those years (except maybe the year Mike Adams won).

Other past winners include names like Ben Roethlisberger, Troy Polamalu and Heath Miller.

Says something about the rookies we’ve had, doesn’t it?

This year the choice easily comes down to…

Well, as I stated, this year the choice isn’t easy. Not at all!

For the first time in a long time, the Steelers have 3 rookies who legitimately could be considered the winner – Javon Hargrave, Artie Burns and Sean Davis.

3 rookies starting on the Steelers defense.

The last time 3 rookies started on the Steelers defense their names were Jack Ham, Dwight White and Mike Wagner.

Ed Bouchette, quite rightly in my opinion, states “Ideally, the three rookies this year would be co-winners”. That has never happened, and while each is deserving, I think one of these guys does stand above the other two, even if it’s just an inch or two.

Javon Hargrave has started since day one. He’s turned into a guy that simply cannot be blocked without being double-teamed (kind of like the guy whose name is on this award). Just look at Josh Fitzer’s film room piece and see how Hargrave continues to be a force on the inside.

Artie Burns also has gotten playing time since early in the season, and while he’s had his ups and downs; he’s managed to break the Steelers record for the most interceptions by a rookie in a season. He’s proven that he can cover, and while he still needs to work on some things, especially that initial jam off the line of scrimmage, he’s still improved consistently, and has proven to be a solid starter.

But for me, Sean Davis has emerged.

Like Artie, he’s early season was up and down. He even had to deal with getting benched briefly. Maybe that’s due to the fact that while he was drafted to be a safety, he was asked to play slot corner early in the year? Maybe it’s because he was asked to do too much?

I don’t know, but I do know that since the kid has been inserted into the lineup as the starting free safety, he has played inspired football. He’s been all over the field. Run support, sacks, INT’s.

Since he was inserted as the starter, the kid hasn’t missed a defensive snap.

And he is making plays. Plays like a certain other free safety used to make. You know, the one with the hair.

Look, I don’t envy the Steelers sports writers. It’s not an easy choice. Hell, I just compared Hargrave to possibly the greatest player in the history of the Steelers (and maybe the game) in Joe Greene, and Sean Davis to a future HOF player in Troy Polamalu.

They have a long way to go, and it’s unrealistic to think they’ll end up being as good as those two.

But they are starting out in the right direction. And Artie Burns could be the kind of shut down corner we haven’t seen since… well, he used to wear 26. (And if he isn’t that good, he sure does feel like he might be “Swaggin'”).

It’s a tough choice, and they can’t go wrong with any of these guys.

For me it’s Sean Davis. But I can’t argue with either Hargrave or Burns if it goes that way.

Nation – think of it this way – it sure is a good problem to have!