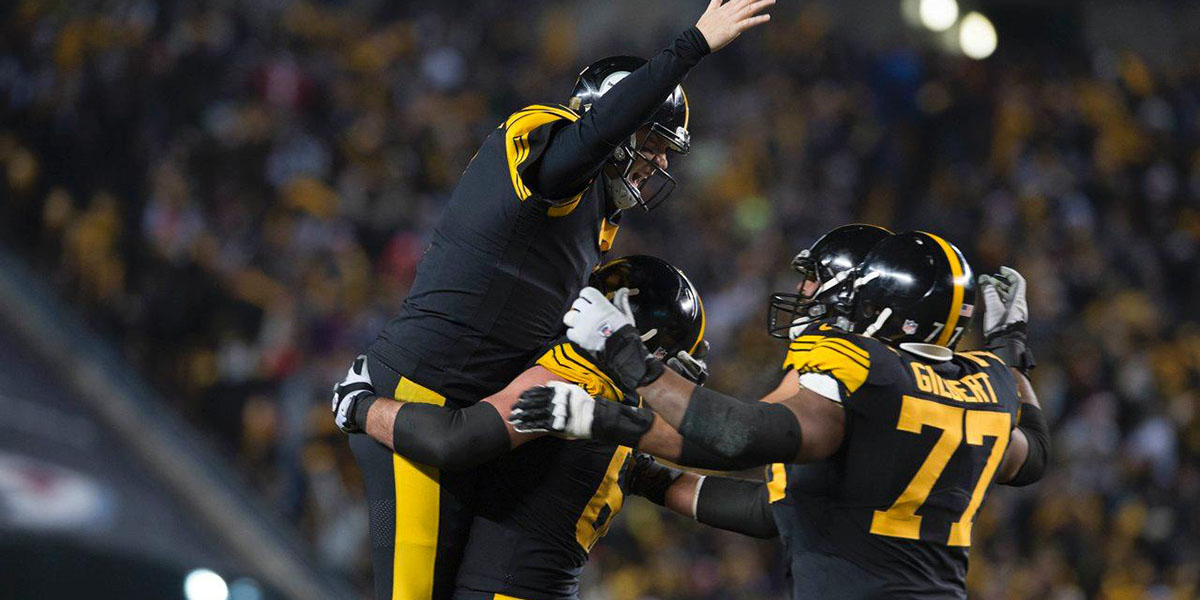 The speculation is over Nation – the Steelers are in the playoffs, and they are the number 3 seed.

No debate, no what-if scenarios: that is all over and done for the Steelers.

Still, there are some roads to the Promised Land (that being Houston and Super Bowl LI) that may be more beneficial than the others; it’s possible that the Steelers might have a rooting interest in some of the games coming up this weekend.

I’m not sure we want to take the road less traveled, but it sure would be nice to take the road that involves less travel! As it stands right now, the Steelers will host an AFC Wild Card playoff game, and if they win that game, would go to Oakland to play the Raiders. Then of course, assuming they win that game, they most likely would go to Foxborough to face the stupid Patriots.

But there is a chance that they could host the AFC Championship game if all falls right.

So just for grins, let’s take a look at what a Steelers wishlist for the playoffs might look like, based on what happens on the last weekend of the regular season.

Does the Browns game matter?

In the scheme of playoff scenarios, no. It doesn’t matter at all.

Because of the strength of schedule tie-breaker, if the Texans and Steelers both end up 10-6, the Steelers have the better SOS, so they win the tie-breaker (which is why the 3 seed is locked up).

Does it matter for any other reason?

If you buy into the scenario that you never want to screw with a winning streak, the last thing we want to do is let down.

Yes, considering that Derek Carr, Marcus Mariota and Tyler Lockett all suffered broken legs on Saturday, do we really want to risk, well, anyone in a meaningless game?

But it does bother me to think we could win 6 in a row, and then lose going into the playoffs.

An 11-game winning streak sounds much better (you know, cause that’s what it would be if we won the Super Bowl).

I don’t know what Coach Tomlin will elect to do, but I’d guess he’ll play the starters some, and then from the second or third series on, it will be the Landry Jones, Cobi Hamilton, Demarcus Ayers, and DeAngelo Williams show. We may even see Fitzgerald Toussaint get some serious time.

Those are our choices Nation.

For the first game, the question is, do we want a match-up with Miami or Kansas City?

We whooped Kansas City when they came to Heinz field earlier this season, 43-14.

o I guess on the face of things, you could probably say you want the team you handled already.

Whoever doesn’t play us is going to play the Houston Texans. Houston has a great defense, but their offense is certainly suspect, and they have a quarterback who is still a question mark. The truth is, both Miami and Kansas City will probably be favored to beat Houston, and so if that’s the case, who would you rather have going to New England the following week?

I’d rather have Kansas City take a shot at the Patriots. The Dolphins, with Matt Moore as their quarterback, and missing Mike Pouncey on the O-line are much less concerning to me than a Kansas City team that is riding their own hot streak, and with Justin Houston back in the lineup.

I think the Steelers can (and will) beat either of those teams, but wouldn’t it be nice if whomever manages to win in Houston could go up to New England and take out the Patriots?

Kansas City has a better shot at that than does the Dolphins in my opinion.

So that means we need to be hoping that the Patriots win (man, just typing that makes me throw up in my mouth), because if they lose to the Dolphins next week, and the Raiders beat the Broncos, then the Raiders would have the 1st seed, and the Patriots would be second, so we’d go to Foxborough for the divisional round.

What else could happen?

If both the Patriots and the Raiders lose, nothing changes… except that if Kansas City wins, we’d get the Dolphins and then have to go to Kansas City in the divisional round.

That’s a tough place to play, and while the Steelers certainly can win there, it’s a much tougher task.

If we have to play the Chiefs again, I want them in Heinz.

If the Patriots lose and the Raiders win, then that gives the Raiders the number one seed.

I’d rather have the Chiefs beat the Texans, then go play the Raiders.

Of course, in this scenario, assuming we win the wild card matchup, we have to go play New England in the divisional round.

If we win, and the Chiefs win, we host the AFC Championship game.

If the Raiders win, of course we go to Oakland.

OK – So just tell me what I want to happen!

I think the best scenario for the Steelers ends up going something like this:

If all those things go as planned, the Steelers will be in Houston on February 5th.

Who do I think we’ll play? In all honesty, I see a Steelers/Seahawks or Steelers/Green Bay matchup. Yes, it could be the Cowboys, but I don’t think so. It’s going to be a fun post-season, so let’s get through the Cleveland game healthy and whole, and start climbing up that Stairway to Seven!