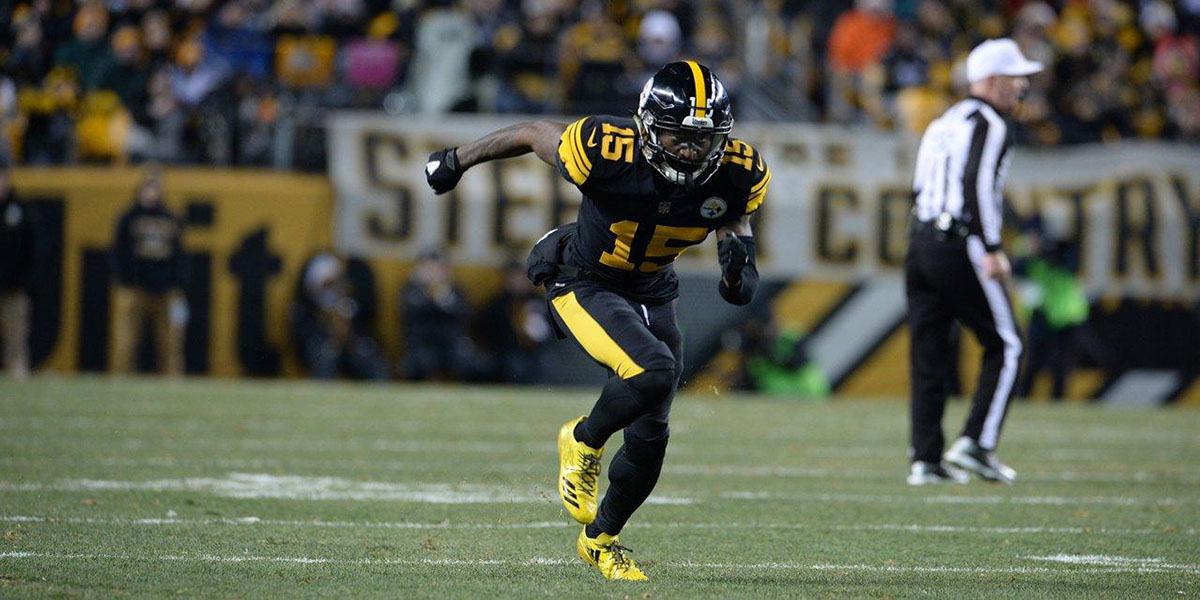 Demarcus Ayers made his Steelers debut on Sunday versus the Baltimore Ravens.

Drafted in the 7th round of the 2016 NFL draft, at pick #229, nobody expected to see much this season from the 5’9 wide receiver. Many thought his primary impact, if any, would come from his return skills.

There had been no buzz around Ayers for the majority of the season, until recently. Reports of him impressing the coaching staff began to surface and it became only a matter of time until we saw Ayers make the 53-man roster.

On Sunday, we saw that this buzz was well deserved. Ayers may have not had a superstar performance, but he made key plays that showed his toughness and smarts.

Here we see Ayers show no fear and run straight towards the veteran safety. Ayers makes contact and successfully takes Weddle out of the play entirely.

With the direction Weddle was headed, he would’ve met Le’Veon Bell directly in the hole. Had Ayers whiffed on his block Weddle likely would’ve stopped Bell for a loss. Ayers catches Weddle by surprise and the receiver makes a clean block. Ayers’ effort opens up the hole for Bell and allows him to gain positive yards on this run play.

Going into the 4th quarter the Steelers were down 20-10 and in need of a scoring drive. Looking for a splash play, Ben Roethlisberger throws a deep ball to Ayers.

Some may think a player drawing a pass interference penalty isn’t commendable, but this play by Ayers proved to be very significant in the game, and flashed his ability.

Ayers was lined up against Tavon Young, a rookie cornerback who’s played very well this season. Ayers makes Young look silly by faking him out with his head and foot work and manages to get a step on the corner.  Ayers doesn’t simply win with speed, a trait which he also displays here, but with route running.

Had Ayers not been interfered, he likely would have caught the ball. Regardless, this big chunk of yards helped the team, and led to a touchdown.

Bell’s touchdown run in the 4th quarter brought the Steelers within one score of the Ravens at 20-17. Many praised Bell for this run, which was well-deserved of course, but it’s easy to overlook how significant Ayers was in this play.

If you watch the left side of the screen, you will see Ayers blocking cornerback Shareece Wright. By sealing off his man, he gives Bell a lane to run into the endzone.

This is impressive by Ayers because it displays strength, effort, and tenacity. Ayers may be 2″ shorter than Wright but he manhandles the corner and doesn’t allow him to come close to Bell.

Without this block, Bell may not get into the endzone.

Down 24-27, the Steelers drove down the field with about a minute left in the game. Ben spread the ball around and threw passes to 5 different players, one of these guys was Ayers. Ayers’ catch may have only been for 9 yards, but in this one play he displays his field awareness.

The Ravens are playing off-man coverage so Ayers is able to make his catch with relative ease.

It’s not the catch or route that’s impressive though, it’s what he does after he catches the ball. Ayers managed to run towards the ball to make the catch, and then turn around and run out of bounds, all while gaining yards. This shows Ayers’ awareness for where he is on the field, and that he understands he needs to get out of bounds.

We’ve seen before how a lack of these traits can be detrimental. Earlier in the season, on a drive to win the game, Terrence Williams of the Dallas Cowboys caught a pass, but rather than running out of bounds, Williams ran up the field.

The clock ran out and the Cowboys lost the game.

The awareness and intelligence shown by Ayers is very impressive for a rookie, especially a 7th round pick.

Demarcus Ayers may have only played 16 snaps versus the Ravens, but in his limited action he was able to have a positive impact.

When on the field he managed to flash the traits that got him drafted, showing his quickness, awareness, and intelligence. He also blocks a lot better than you’d expect from a 5’9 receiver. Despite his small stature, Ayers is a feisty player.

The arrow is pointed up for Ayers. It’s far too early to call him a stud or a steal, but his play on Sunday showed he has the potential to carve out a role for himself on this team.