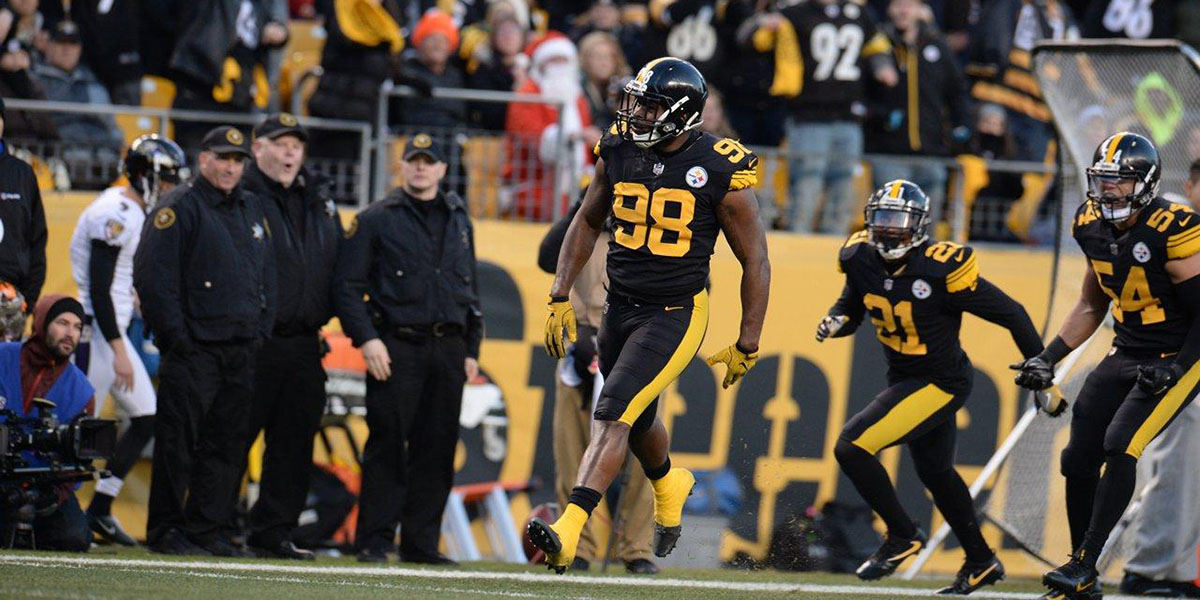 Well fans, it’s the final week of the regular season! The Steelers have already secured the 3 seed in the playoffs, so the outcome of Sunday’s game against the Cleveland Browns doesn’t matter for anything other than record and/or pride. (Because, Pittsburgh cannot “lose” their current postseason seeding.)

With that said, there’s a few predictions to be made still! But before I do that, let’s have a look at last week’s predictions:

This week, let’s start with who is, and isn’t, playing in this game. We’re told that Ben Roethlisberger, Le’Veon Bell and Antonio Brown will not play in this game. Now, that doesn’t mean someone won’t be inactive. I feel that Ben has to be active, just in case Landry gets hurt, but will he be?

Typically, at least one of the quarterbacks is inactive for the game. That would be Zach Mettenberger, who could also get a helmet on Sunday.

My prediction is that Mettenberger does not play.

I know people are pining for Landry Jones‘ job, and given that Jones’ contract is up after this season, I don’t see any reason for the Steelers to take him out of this game. Let’s see if he’s worth retaining or not. This could also be his audition for another job elsewhere, if he’s not resigned.

Some of you probably think I’m crazy, but trust me when I tell you, Mettenberger is not the answer either.

If this game is remotely close, Zach does not play.

Another player who may not play is DeAngelo Williams: why risk it? The guy’s been hurt! We could use the depth, just in case something were to happen to Bell in the playoffs.

Why would we want to be down two running backs again?

I also think James Harrison gets the veteran consideration and isn’t active Sunday. If you’re keeping tabs, here’s the full list of inactives, which is set at 7:

Lawrence Timmons gets the veteran treatment too, and won’t play, but the latter 4 names are all injured (or in Green’s case, coming out of concussion protocol). There’s no reason to risk playing them.

So now what to predict? How about who does start!

Remember when Vince went on the warpath subbing in for Ryan Shazier? Yeah, that will happen again this week, as Shazier and Timmons both sit.

Gilbert gets a helmet and will play in place of Artie Burns. That’s what I feel.

Now, you can’t sit everyone… but you can spare most of the players.

Gilbert will get his chance…

Sure, why not? Landry Jones nearly did that against New England!

Okay, he threw one, but had a pick in the endzone intended for AB, and another touchdown to DHB called back for a bad holding penalty.

Still no reason to think he can’t get this job done against the Browns 21st ranked pass defense! (Though the run game might dictate otherwise against the league’s next-to-last run D, but I think the run sets up the pass in this game.)

I’ve said this many times over the last week, including on the SCU Podcast, that the Browns will have pride on the line and will play hard in this game as to not lose to a bunch of backup players.

On the flip side, the Steelers fill-ins don’t see much playing time, and will be actively playing their hardest, to show the coaches (and not just the Steelers staff, but those around the league) that they can hang in the NFL.

Even though the Browns won last week against San Diego, I don’t see the Steelers making enough mistakes in this one to let it slip, at home, to end the season.

Mark it down: the “Replacements” beat the Browns!