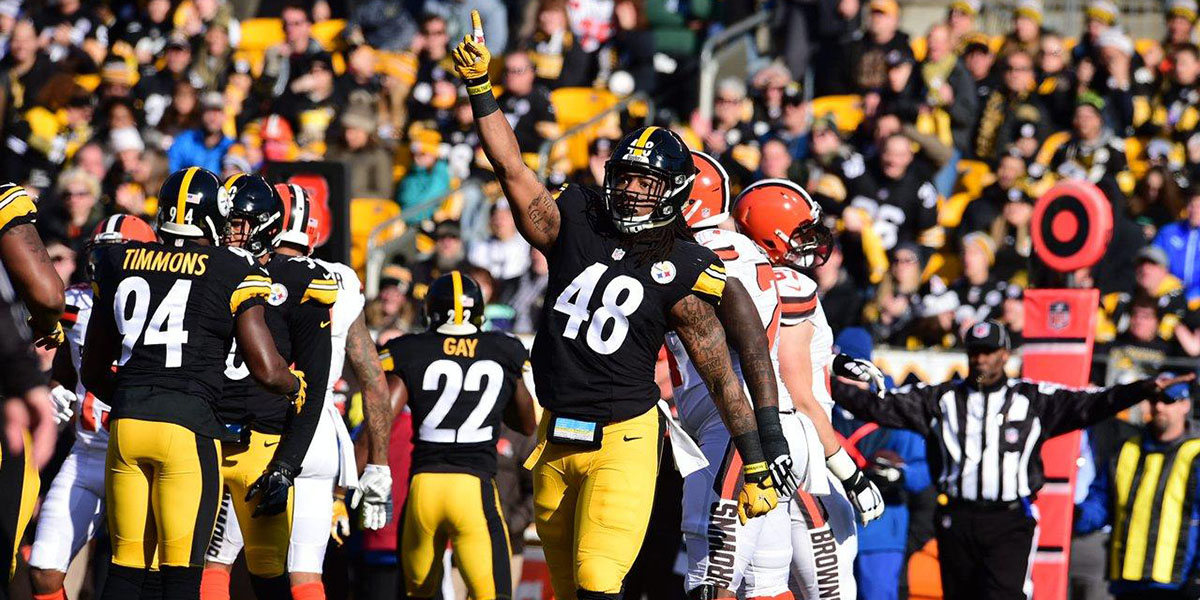 Stats that stood out: Steelers vs Browns

by Eric Herrmann (SteelersGrind) on January 3, 2017

The Steelers win over the Browns ended up being a lot more exciting than it should have been considering Landry Jones was at the helm. With the win came many notable stats, including Mike Tomlin’s resume growing even stronger and Bud Dupree‘s startling sack numbers.

The Steelers win on Sunday marked the 1st time in team history the Steelers won 3 straight games after trailing in each game by at least 10 points.

Le’Veon Bell led the NFL with an average of 157 scrimmage yards per game – the 3rd highest in NFL history.

Mike Tomlin now has 103 wins, tying John Madden as the 4th most wins by a head coach in their first 10 seasons in NFL history.

The Steelers have scored at least 45 touchdowns in 3 consecutive seasons for the first time in NFL history.

The Steelers win over the Browns now makes them 24-19-2 in overtime games in franchise history.

Mike Tomlin has led the Steelers to at least 11 wins in a season for the 5th time in his 10 seasons as the team’s head coach.

Bud Dupree’s 4.5 sacks in December/January led all AFC linebackers during that time span.

Antonio Brown is the first wide receiver to lead his conference in catches in 4 straight seasons.

Demarcus Ayers is the 2nd youngest rookie wide receiver to record a receiving touchdown with the Steelers.

The Steelers are the only NFL team in 2016 to not have allowed an opponent to score a touchdown on their first offensive possession.

Mike Tomlin is the 4th head coach in NFL history to coach at least 10 seasons with 0 losing seasons.