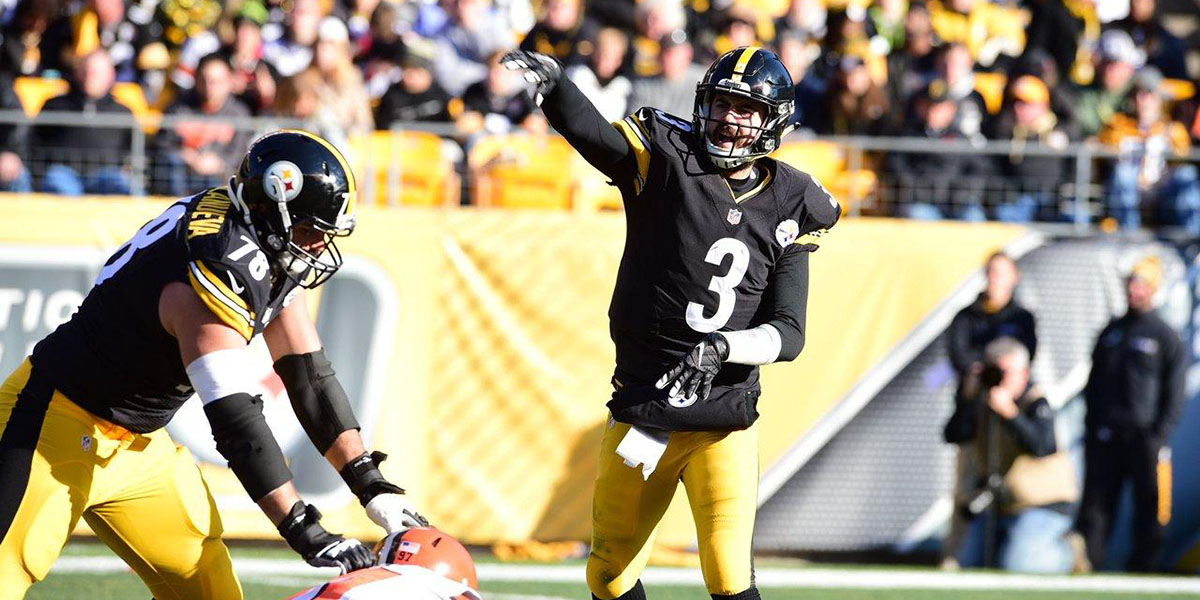 Film Room: Landry Jones’ performance may have earned him a new contract

The Cleveland Browns almost had me going. For a brief moment on Sunday, I really thought that the Steelers might lose to the Browns, but I should have known better. In an overtime thriller (of sorts) backup quarterback Landry Jones led Pittsburgh to the win, capping off a successful regular season at 11-5.

Head coach Mike Tomlin decided early in the week that starters Ben Roethlisberger, Le’Veon Bell, Antonio Brown, and Maurkice Pouncey would not play in this game (which I approve of 100%). Even resting the offense’s best four players was not enough to help the Cleveland Browns.

The fourth year pro had a lot to play for, unlike most of his teammates. Jones is currently in the final year of his rookie contract with Pittsburgh, and will be a free agent when the season comes to a close. Before this game, most Steelers fans would say they don’t care, and would gladly see Landry leave.

However, after unarguably the best performance of his career, I think Jones may have done enough to at least be resigned at the right price.

Backup quarterbacks aren’t the easiest to find, and the Steelers might have one of the better ones already on their roster. There were some misfires (which I expect from a backup QB) but he engineered drives and scored points.

Landry finished the day completing 24 of his 37 passes for 277 yards, and 3 touchdowns to 1 interception. Those are solid numbers for even a regular starting quarterback in today’s NFL.

I’m not going to get crazy here, I know it was the Browns defense, but Landry Jones had a good showing. (This is all coming from someone who has been highly critical of Jones over the years.)

#3 was not the only one to turn heads, however. He had receivers making plays for him, and giving an equally impressive effort. Wide receivers Demarcus Ayers, Cobi Hamilton, Eli Rogers, and Darrius Heyward-Bey all made contributions.

Ayers, the 2016 7th round rookie, came to play. The young wide out looked like a natural in Pittsburgh’s offense hauling in 5 catches for 44 yards, and his first career touchdown.

Ayers runs a simple route, but gets himself open and finishes the job by turning on the jets and scooting into the endzone.

DeAngelo Williams finally looked like the DeAngelo we all have grown to love here in Pittsburgh. The veteran got the start for Le’Veon Bell and scored himself a pair of touchdowns, on the ground and through the air.

On the play below, the Steelers are backed-up deep in their own territory, and it is D-Will who gives them breathing room.

I can’t tell if he is supposed to go outside or not, but getting the first down is all that matters to me.

(Too bad a pair of Steelers penalties stopped them from capitalizing on this play.)

I sent a tweet out towards the end of the game that has meaning to it. The Browns scored a field goal on the first possession in overtime, and Landry Jones and company needed to score a touchdown, or they lost.

I said, “This is when Landry can make a lot of money.”

A game-winning drive in overtime versus a divisional opponent? No way Landry Jones can do that… or can he?

First, he has to convert on 4th down. Jones receives some help from Ayers, as the duo connect for the first down to keep the drive alive.

“DA” as he has been called by his teammates, almost breaks free for an even bigger gain!

Shortly after the 4th down conversion, Landry took a shot for the win. The intended receiver was none other than the 3rd down machine himself, Cobi Hamilton.

Jones puts a beautiful ball on Hamilton, and the two connect for the game winning touchdown.

Hamilton has been a consistent 3rd down threat since seeing actual offensive playing time, but he only has one other touchdown on the season: this would be his second.

Say what you want about this game being meaningless, but it gives the Steelers momentum riding into the playoffs, and honestly, it was a fun game to watch.

The Killer B’s weren’t active, but the offense still found a way to get it done. Eli Rogers led the charge with 6 catches for 61 yards, but like I said earlier, it was the other guys, DeMarcus Ayers and Cobi Hamilton, who seemed to make the big plays at big times.

It was nice seeing what the backups would be capable of doing, and their future looks like a bright one for the Steelers.

As for Landry Jones, his performance (103.0 QB rating) may have earned him a new contract: either with the Steelers, or someone else. Either way, quality backups, as well as quality quarterbacks, are difficult to find.

Will the Steelers feel they’ve invested enough time in developing Jones, to invest more money in him?

This game may be the answer, and that answer could be “yes”.