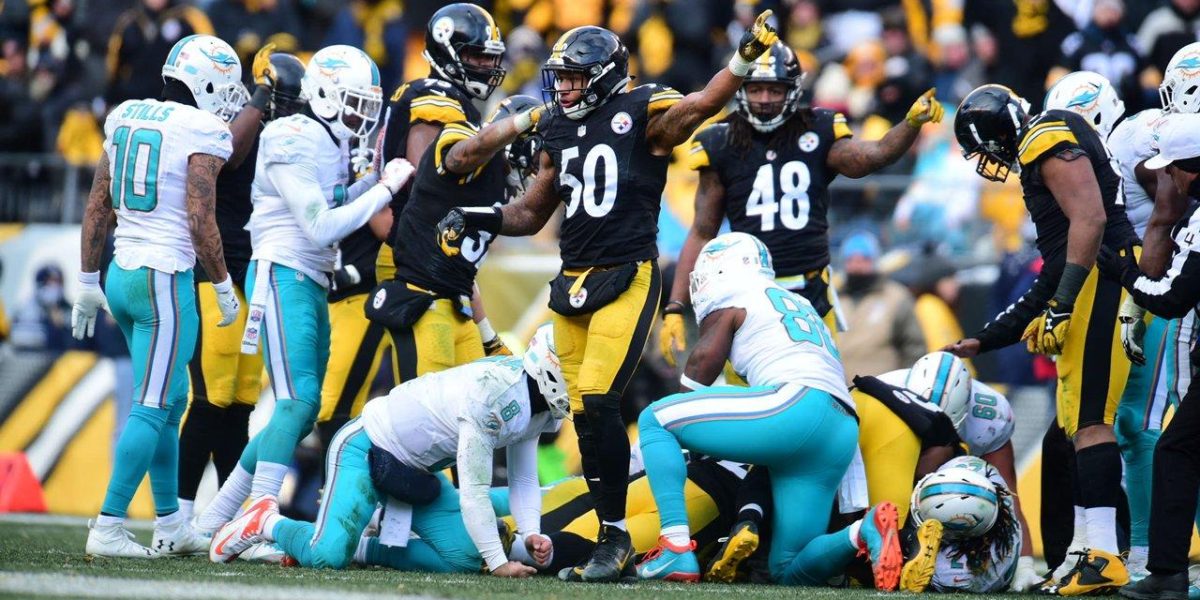 The Pittsburgh Steelers 2016-2017 season came to an abrupt halt last Sunday night in Foxborough by way of a 36-17 drubbing at the hands of the New England Patriots. Pittsburgh came into the AFC Championship game riding a nine-game winning streak, so to say the result was a disappointment, is an understatement.

As expected, Steelers fans took to social media to air their grievances over the loss, and one issue I immediately noticed is that everyone seemed to have forgotten how much this team progressed not only in 2016, but over the course of the last three seasons.

In 2014, Pittsburgh won the AFC North, but then lost their first-round home playoff game to the Baltimore Ravens.

In 2015, The Steelers were able to narrowly defeat the Cincinnati Bengals in the wild-card round in their house, before being eliminated in the Divisional Round by the Denver Broncos.

This season they were able to win their first two playoff games before sputtering out, one game from the Super Bowl.

As humbling as the loss to the Patriots was, Pittsburgh has improved each of the last three years.

Being able to go one step further each season is quantifiable and tangible evidence of progress. However, this progress has set the stage for the highest of expectations in 2017. I personally believe a “Super Bowl or bust” sentiment is an unrealistic one for fans, but it’s the last step the Steelers need to take to round out their return to prominence.

Back to 2016. Nine games in, Pittsburgh was sitting at 4-5 after starting the season 4-1. During this rough stretch, not many believed this team would end up not only in the playoffs, much less the AFC title game. The fact that they strung together seven wins to finish 11-5 and win the AFC North, is also tangible evidence of progress.

The Steelers lost Cameron Heyward, their best defensive player, during a Dallas game which handed them their fourth straight loss.

It would have been easy for the defense to fold, but, they didn’t.

Instead they came together and played some of the best football in the league from Week 10 into the playoffs. Rookies Artie Burns, Sean Davis, and Javon Hargrave took on permanent starting roles, and showed growth week in, and week out. Ryan Shazier and Stephon Tuitt took on bigger leadership roles. Bud Dupree returned from injured reserve and tallied 4.5 sacks and 1 forced fumble after a return to the starting lineup.

The Steelers notched 31 of their 38 sacks over the second half of the season, and improved greatly in every defensive category, most importantly forcing turnovers.

Through the first two rounds of the playoffs, they only allowed 28 points in two games before being brought back down to Earth by Tom Brady and the “Evil Empire”.

So while the sting, and embarrassment, of yet another easy win by the Patriots will remain in our memories for quite some time, it’s not fair to ignore the progress the Steelers’ defense made in 2016.

Truthfully, Brady can make anyone look terrible on any given day, and Pittsburgh took one on the chin last Sunday.

Looking ahead to 2017, with a host of starters returning and another draft to fill remaining holes, there is no reason the Steelers defense won’t build off this year’s improvements and find their rhythm even quicker when the season starts.

Now, if only they can finally figure out how to beat the Patriots…