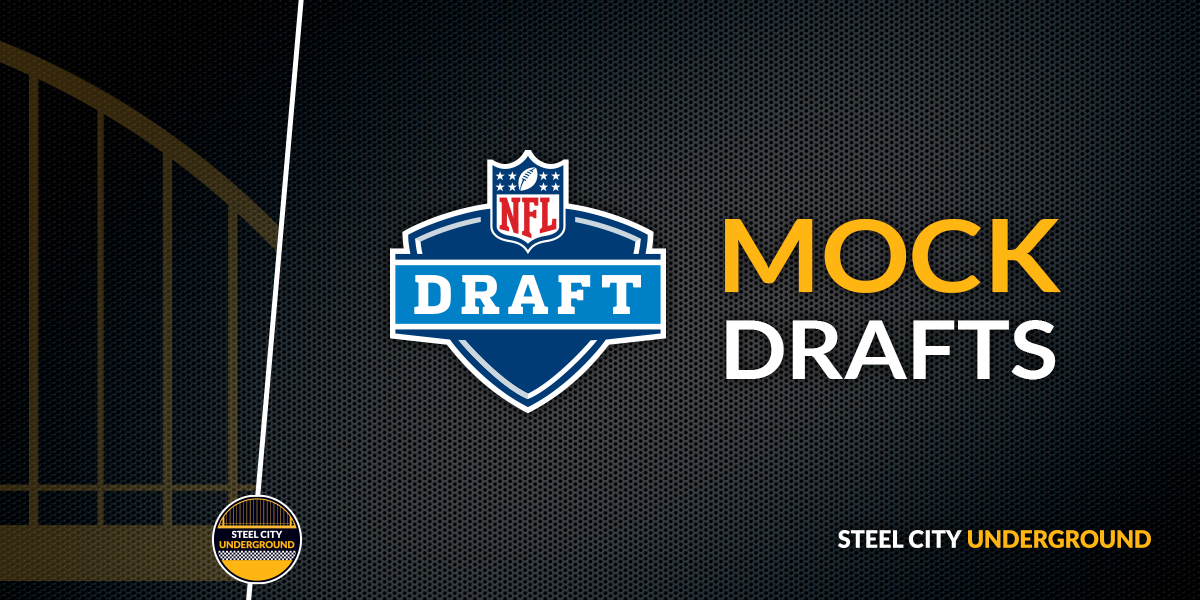 While it’s still relatively early in the draft process, I figured it was a good idea to release my first mock draft of the offseason.

I decided to do only 4 rounds since the stocks of many mid-late round players are still in flux at this point and I feel its way too early to get these rounds semi-accurate. These predictions will also without a doubt change with the NFL Combine, free agency, and pre-draft visits still ahead of us.

For now these are players who I think would fill the Steelers current needs. Nobody’s mock drafts are ever totally accurate in February; so keep this in mind, and be sure to pay attention to the logic and need, behind each pick.

Spoiler: this is a very defense-heavy draft.

This first pick shouldn’t come as a surprise to anybody. With Jarvis Jones more than likely leaving the Steelers in free agency, and James Harrison eyeing the end of his career, there is a gaping hole at Right Outside Linebacker.

Harris has the energy, size, and athleticism that the Steelers yearn for in their first round picks. He may not be a finished product, but with James Harrison likely returning for another season, he wouldn’t be pressured to contribute immediately.

Harris is another is another 4-3 defensive end that can convert into 3-4 outside line backer. His size will allow him to succeed while both standing up and with his hand in the dirt.

While there are many edge rushers that could easily be slotted here, such as Carl Lawson and Takk McKinnley,  I’m going with Charles Harris for the time being.

With this selection, the Steelers continue their draft trend of taking big, athletic, and versatile players. It was a coin-flip choosing between Cam Sutton and Chidobie Azuzie, but for now I’m rolling with the man from Colorado.

Chidobie Awuzie fits this mold that we saw with the drafting of Artie Burns and Sean Davis in 2016. Awuzie would bring a lot of value to this secondary. He is versatile in many aspects; not only is he capable of playing cornerback on the outside, as well as in the slot, he is capable of playing both zone and man coverage.

While I’m not in the camp that screams “The Steelers could have beat the Patriots with man coverage!” I do think the Steelers will be interested in bringing in personnel that can fit in various schemes. Awuzie wouldn’t need to do much his rookie year, but in his sophomore year he could potentially take over the outside in place of Ross Cockrell, or even the slot in place of William Gay or Senquez Golson (if the latter ever gets on the field).

I think Jake Butt is a great value pick for the Steelers in the 3rd round. He tore his ACL in the Orange Bowl back in December, which made him drop from a 1st/2nd round pick projection, to a 3rd/4th round pick.

I could see why people would oppose drafting an injured tight end while we already have another injury-prone tight end on the roster (Ladarius Green), but I think the upside of Butt is worth the risk. We’ve seen Steelers like Le’Veon Bell and Maurkice Pouncey return from severe injury, so his history doesn’t scare me.

He has the size and athleticism that teams covet, but also showed potential as a blocker. His well-rounded play could make him a dependable Steeler for life, similar to Heath Miller.

This extra pick is a blessing that caught me entirely off guard!

Elijah Lee is valuable because he gives us another athletic linebacker that could play in the middle and bring more speed to this defense. Players like Lawrence Timmons and Vince Williams are both valuable, but they both can be liabilities in coverage. Lee would give the Steelers another athletic middle linebacker to play alongside Ryan Shazier or in his place if he gets injured.

Lee isn’t quite ready to be a starter though. While he has the measurable’s necessary to succeed he will likely need time to learn and develop. With Timmons potentially returning though and Williams capable of starting, the Steelers would have the luxury of allowing him to sit. While he’s learning he will be able to use his athleticism and speed to contribute to special teams.

The Steelers took a small school player in last year’s draft with Javon Hargrave and they could do it again this year. Lorenzo Jerome attended Saint Francis, a small Division 1 school in Central Pennsylvania, only a couple of hours away from Pittsburgh.

While Jerome may not have played against the best competition, he flashed a lot of talent during his career. He’s not the biggest prospect, but he proved himself a ball-hawk with 18 interceptions and 47 pass deflections during his college career. The instincts he displayed proves he could have a career in the NFL.

The Steelers have Robert Golden and Jordan Dangerfield for safety depth; both are limited in their ability, and don’t have adequate range in coverage. I’d bet that Shamarko Thomas won’t be coming back either. This opens a roster spot, and an opportunity for a young safety like Lorenzo Jerome.

He would be a great player to develop, and possibly even take over for Mike Mitchell in a few years.