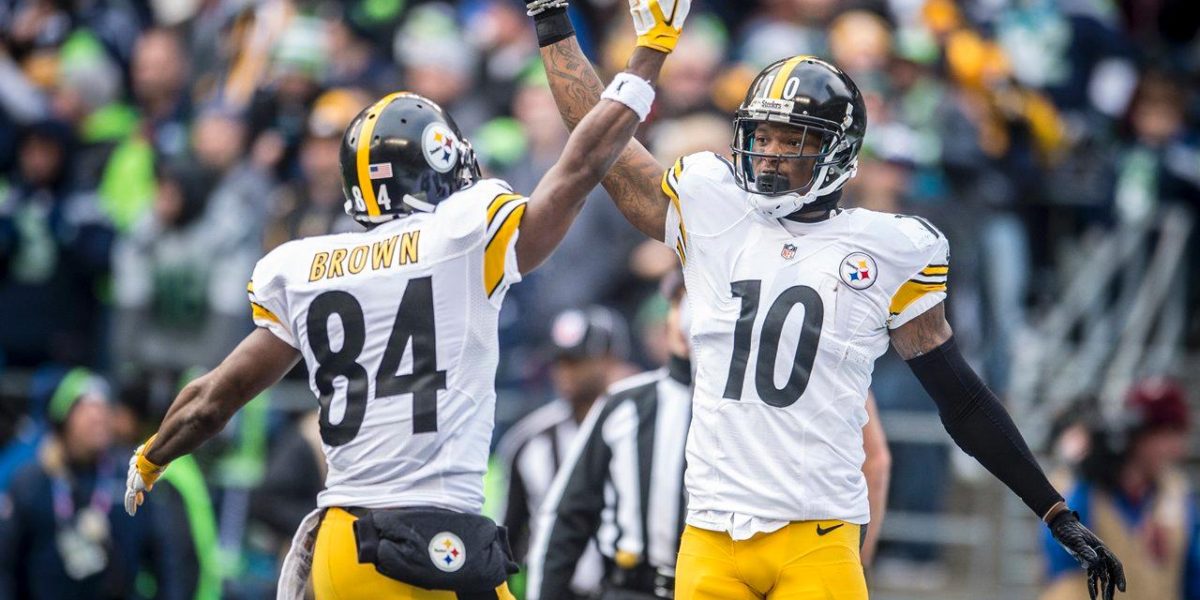 Who is the best wide receiver duo in the NFL?

During free agency, a couple of wide receivers found new homes. With all of the new acquisitions in the NFL, many are beginning to argue what team has the best wide receiver duo.

On March 9th, the Eagles signed star wide receiver, Alshon Jeffery. In 2016, the Eagles did not have a wide receiver record over 1,000 yards receiving. Jeffery will hopefully fill that void, become Carson Wentz’s number one target.

On March 10th, the New England Patriots traded for Brandin Cooks, for just what that team needed: another weapon. Cooks will serve as a solid deep threat for Tom Brady.

With those moves in mind, I will rank my top five wide receiver duos in the National Football League, from top-to-bottom. But first, the combos who didn’t make it into my top five.

The Patriots and Tom Brady have always been able to succeed without having to spend big money at the wide receiver position. Brandin Cooks has since changed that narrative and I am very excited to see what the duo will be able to accomplish next year.

I believe they will both record over 1,000 yards receiving and 8+ touchdowns, but with Rob Gronkowski coming back, it will be interesting to see how Tom Brady will spread the ball around.

In 2016, they combined for 2,156 receiving yards and 13 touchdowns. I only see this duo getting better. Last year their quarterback, Derek Car, was having an MVP-type season until he was sidelined with a leg injury. When Carr returns in 2017 I expect the three players to pick up where they left on and win the AFC West.

Last season Jordy Nelson and Davante Adams combined for 2,254 receiving yards and a league-best 24 touchdowns. They are some of the best at getting open in the NFL.

It also helps that they have Aaron Rodgers as their quarterback. Rodgers led the league in touchdown passes and finished in the top five in MVP voting.

Odell Beckham is one of the best wide receivers in the NFL. For the first time in his career, he was a solid wide receiver to play next to.

Although Brandon Marshall is 32-years old he is still a very productive player. I know last season he didn’t put up the best of numbers but that’s not all on him. The Jets didn’t have a capable starting quarterback all season, rotating from Ryan Fitzpatrick to Bryce Petty.

Just two seasons ago Marshall recorded 1,502 yards and 15 touchdowns. I look for him to bounce back in the Big Apple this season.

Antonio Brown is the best wide receiver in the league. When you pair him with a young skilled player, like Bryant, you get the best duo in pro football.

Brown has recorded the most receptions in the NFL over the last 3 years and has led the league in receptions two of the last three seasons. He has also recorded over 1,200 yards in the last four seasons.

Martavis Bryant was suspended all of the 2016 season, but when he is on the field, he produces. Bryant has played in 21 career games and with a total of 15 touchdown catches.

Combine these two, and there isn’t another duo who is better.