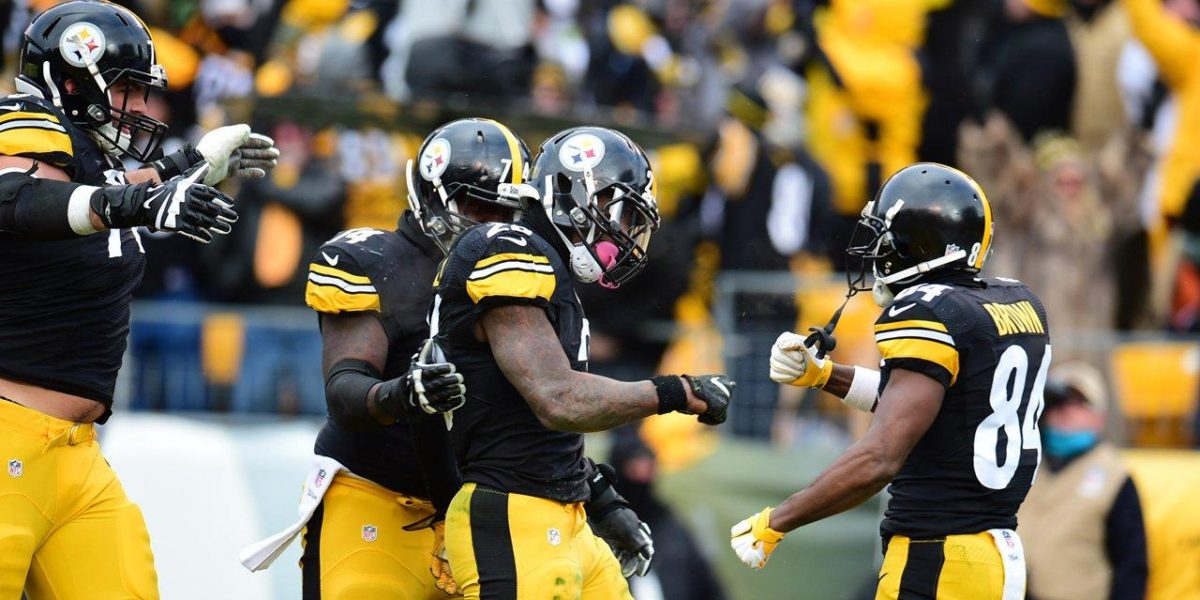 It’s early in the football season.

With football still months away, the speculation of draft season is in our rearview mirror, with only the open road of training camp and exhibition games between now and the stuff that actually counts.

However, that won’t stop us from figuring out how the future might unfold. Which leads us to depth charts: which players will win their camp battles, who will become starters and who will be backups?

The moment the first 2017 Steelers depth chart releases, everyone will speculate as to who is where and why. Which is why I had the idea to start that process now and watch how it might play out in the coming weeks leading up to those first games.

In part one of the depth chart predictions, I will dissect the offense. As you can see, there won’t be a whole lot of change this upcoming season.

Why ruin a good thing?

This unit was so darn good last year, there won’t be any major changes in 2017. The only notable addition to the depth chart is Jerald Hawkins, a fourth-round draft in 2016 who sat out the entire season with an injury. Considering his year off and lack of experience at the professional level, the only way Hawkins moves up the depth chart is due to an injury to someone ahead of him.

Those names ahead of him include backups capable of filling in as starters when called upon. B.J. Finney and Chris Hubbard both did so in 2016, with Finney filling in at guard and center, while Hubbard surprised us all as a tackle and “eligible tackle” in jumbo sets.

Maurkice Pouncey and David DeCastro are perennial Pro Bowlers. Marcus Gilbert is considered a Pro Bowl snub as one of the best right tackles in the game. Villanueva is making his case as a great left tackle while there’s no lack of consistency with Ramon Foster next to him at left guard.

This unit has turned into one of the premier offensive lines in the league and will continue to excel in 2017.

This is where things get hairy.

With a number of solid receivers, something has to give. I think that “give” is knowing what some of the previous players already are, and refusing to do the same thing again in 2017.

Thus, Martavis Bryant returns to his starting role opposite Antonio Brown this season. Eli Rogers will also man the slot and appears to be AB’s primary backup (if there ever was one).

Bryant will be backed by Sammie Coates and second-round draft pick JuJu Smith-Schuster. I would not be surprised if the rookie bumps Coates, but the concept here is that this is the first depth chart of the season. Therefore, I’m going to stick with the Mike Tomlin pattern of making rookies earn their spots, and cut their teeth with playing time, before entering a more prominent role.

Justin Hunter cracks this lineup as well, beating out Darrius Heyward-Bey, Cobi Hamilton, and Demarcus Ayers. As mentioned above, the staff already knows who these three are, which means Hunter was signed during free agency for a reason. Some might call that a reach, but I think putting six receivers on the chart is more of a reach than having Hunter on ahead of the other three here or the five who were already mentioned (Brown, Bryant, Rogers, Coates, and Smith-Schuster).

Using similar logic, the Steelers didn’t sign Ladarius Green to a big contract to have him sit the bench. He will receive the opportunity to start early on.

Jesse James proved to be a great fifth-round find, and will be Green’s primary backup, and potentially used in two tight end sets.

David Johnson will once again man the blocking tight end role, should James not eat up all of the snaps for an extra tight end to himself. Johnson should eventually make way for a younger blocker, who I feel will be undrafted Scott Orndoff from Pitt. He will see little playing time but is a developmental project akin to Xavier Grimble last season.

The best back in football will have some second options behind him this season. Le’Veon Bell is without a doubt the starting running back, but James Conner will be the first rookie to see significant playing time early on.

Knile Davis, added in the offseason, expects to find a role as a kick returner.

Despite the knee-jerk reaction to Ben Roethlisberger’s offseason comments, he’s not going anywhere. To the dismay of many, Landry Jones will be his backup. Todd Haley’s offense is complex, and while Joshua Dobbs is a bonafide genius in the classroom, he’ll have to apply street smarts with book smarts to move up the ladder.

I wouldn’t expect that move in 2017, but it could occur after he has a year under his belt.

The Steelers offensive depth chart is far more predictable to plot out than the defense will be in the second half of this featured series. With franchise players at quarterback, wide receiver, and running back, along with a stellar offensive line, eight of the eleven starting spots are set in stone before camp even begins.

Bryant should assume one of those two spots, with the last going to a slot receiver (Rogers) or tight end (Green).

Stay tuned for the next half where I project with defensive players get their time to shine in 2017.