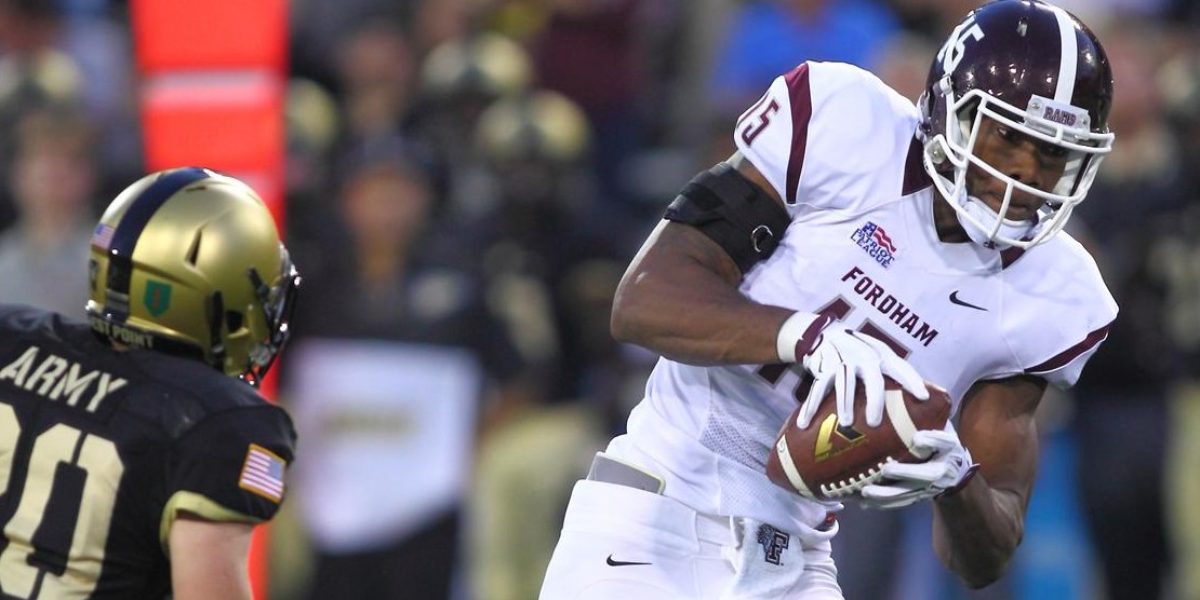 Phazahn Odom: The name you need to know

A little over a year ago, the Pittsburgh Steelers made an uncharacteristic splash in free agency. The team signed a mismatch nightmare tight end, Ladarius Green (previously a member of the then San Diego Chargers) to a 4-year contract worth a total of $20 million. Opinions seemed slightly scattered when the news broke; some said the signing was excessive for Pittsburgh, while others thought Green could open up the offense in ways never seen before in the Ben Roethlisberger era.

As it turns out, everyone was kind of right in their own way.

Ladarius Green battled injuries throughout the duration of the 2016 regular season, but when he was healthy, there were very few tight ends more dangerous than he was. The athletic weapon only appeared in six games for Pittsburgh but racked up over 300 yards and a touchdown during that span. At one point, Ladarius averaged 18.8 yards per catch. (Which is INSANE for a tight end!)

Unfortunately, most of us know that Green was not a factor in the playoffs because he was unable to be medically cleared after suffering a concussion late in the season. Green remains on the Pittsburgh Steelers roster, so his time in the Steel City isn’t complete. However, there is a new mismatch nightmare tight end in town.

His name is one everyone should learn: Phazahn Odom.

Odom has been a freak athlete even before his days at Fordham University. The intriguing big man was an all-state basketball player in South Carolina and was named to multiple all-star teams in football. Standing at 6-feet 8-inches tall and weighing 250 lbs, Phazahn hasn’t lost any of that athleticism since his younger days.

From what I can see, Odom is a natural “hands” catcher and has a willingness to block. Some of the blocks aren’t pretty, but you can tell he actually cares about blocking (which not all receiving tight ends do). Having such a large body to work with, Phazahn just has to get in the way of a defender to successfully block him. The fact that he has the willingness to get his hands dirty is a great start.

Enough about blocking: this young man has the potential to be a very real threat in the Steelers passing game, and that is what I believe has landed him on the current 90-man roster.

The rookie minicamp has not been going on long, but Phazahn Odom is one of the guys stealing the show.

This guy is an absolute physical specimen. I was immediately drawn to him at rookie minicamp this past weekend. https://t.co/i4vAnG9uSn

I’ll admit, I usually get a little too excited about early headlines out of camp, but sue me! Phazahn Odom has literally all of the tools you want in a receiving tight end. He has the hands, size, speed, and the athleticism that NFL teams covet.

As a fan base, we don’t want to make this connection every single time a basketball player makes a conversion to the position, but need I remind you of Antonio Gates, Tony Gonzalez, and Jimmy Graham?

Those are just the stories we know of. The famous ones.

Usually, a background in basketball (especially a successful one) can translate well to the tight end position. Also, it’s not like Odom is new to football. Unlike Jimmy Graham (who played one season at Miami) Phazahn played football at Fordham all four years he was at school. Five if you count his medical red-shirt as a freshman.

Currently, the Pittsburgh Steelers have Ladarius Green, Jesse James, Xavier Grimble, David Johnson, and Scott Orndoff (another rookie free agent) all penciled in with Odom on the tight end depth chart. No one knows how healthy Ladarius Green really is, so we will just assume he makes the roster for now. Jesse James isn’t going anywhere either. David Johnson was re-signed after the season, due to the fact that he is far and away the best blocking tight end on the roster. He can also play fullback.

When it comes to finding a roster spot for Phazhan Odom, I believe he has a very realistic shot at beating out Xavier Grimble. Grimble was the hot name being tweeted out from last year’s camp, but has the “X-Man” really done anything? A touchdown here, and a few catches there, but I think we have all seen what Xavier Grimble can bring to the table.

I say it’s time to trade him in for a newer model.

Why wouldn’t you go with the younger option with a higher ceiling? As long as Phazahn Odom’s camp continues this upward trend, I don’t see how you justify keeping a player like Xavier Grimble over him. Grimble isn’t an old soul, but he may have reached his ceiling.

Phazahn Odom could end up making the final 53-man roster, and barely see a snap. He could possibly be designated to the practice squad. Or maybe, the rookie could end up playing a larger role than anyone is expecting if Ladarius Green continues to have medical issues.

All I’m saying is, preseason should be fun to watch., especially if Odom is out on the field.

Keep your eyes on him, because he won’t be hard to miss.