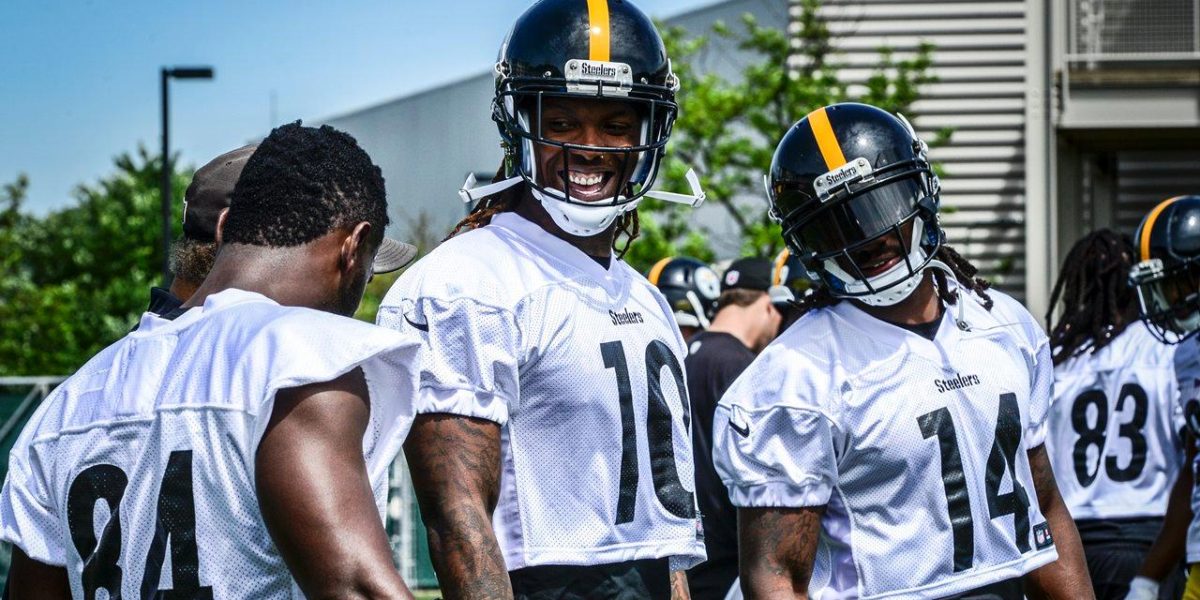 Martavis Bryant looks incredible back on the practice field

A long wait, a lot of hype and even more speculation, were all put to rest when Martavis Bryant showed up for the first day of the Pittsburgh Steeler’s offseason workouts or “OTAs” as they’re otherwise known as.

The journey was a long one for Bryant, who was suspended for an entire season early last year. The former fourth-round draft pick had vowed to return better than ever, and fans had no reason to doubt his work ethic as the days counted down toward an eventual return. I couldn’t log into my Instagram account without seeing a new, and promising, video of Martavis bettering himself for a potential comeback:

Months upon months of workout videos made Martavis look like Rocky. But would he be back?

The league took their sweet time on reinstating Bryant, passing deadlines and waiting to come up with what they felt was a compromise to give the wide receiver another chance at playing professional football. Once that green light was given, Steelers fans were salivating at the thought of seeing a player previously considered to be among the elite “Killer B’s” on the Steelers, back on the playing field.

That moment occurred during the first day of OTAs, where several members of the Steelers press corps. took to Twitter to post their discovery: that Martavis Bryant looks to not only be back but better than ever before.

A bigger Martavis Bryant back on the practice field #Steelers pic.twitter.com/xFMjq4p7ec

Martavis Bryant in action during day 1 of OTAs pic.twitter.com/7eyu07ZXNc

A sight that Steelers fans have been waiting to see: Martavis Bryant pic.twitter.com/IKiAHqWbp2

Bryant looks like a man on a mission who’s keeping his promise of being a “new person” on and off of the field.

In two seasons with the Steelers, Bryant has appeared in 21 games with 8 starts. He has 76 receptions for 1,214 yards and 14 touchdowns. His totals average to 38 catches, 657 yards and 7 touchdowns per 10 games.

Should Bryant play his first full season ever, I would expect his 2017 numbers to shatter his previous statistics and those high expectations of fans.