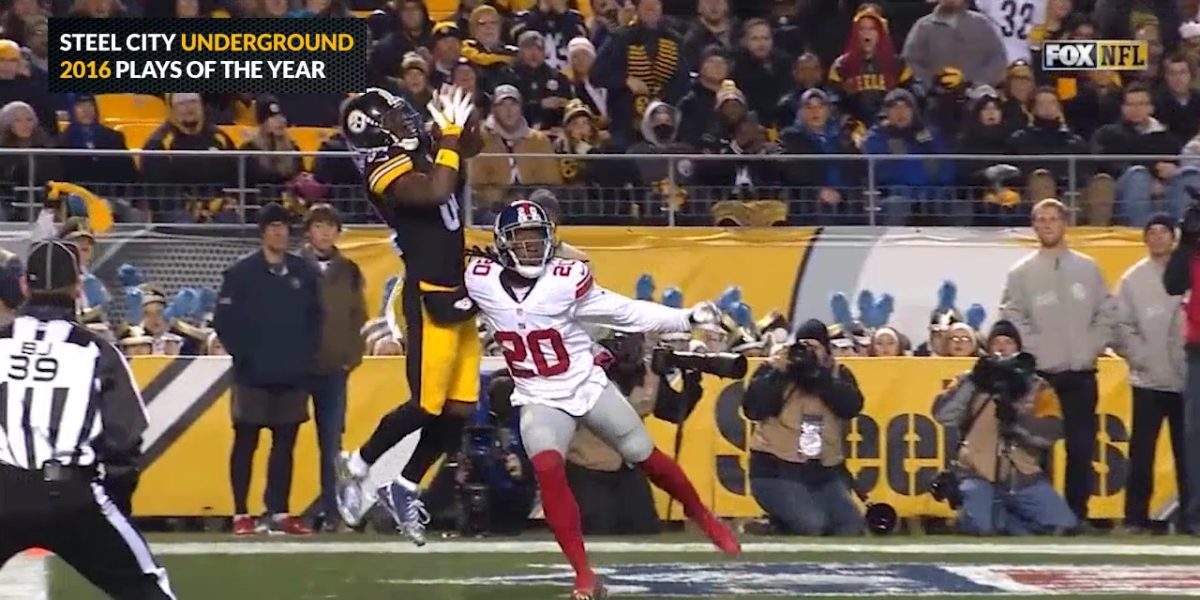 Plays of the Year: Antonio Brown breaks the baseball score

Fresh off of our weekly Steelers recall from Week 13’s game against the New York Giants, this week’s play of the year comes from a tight 5-0 Steelers lead, which was gained via a safety and a field goal.

The Giants had threatened to take the lead deep in Steelers territory when Pittsburgh LB Lawrence Timmons got ahold of an errant Eli Manning pass, returning the ball half of the distance of the field.

The position set the Steelers up for a beautiful touchdown play; one we’re used to seeing when Ben Roethlisberger rolls out of the pocket, extends the play, and finds his favorite receiver.