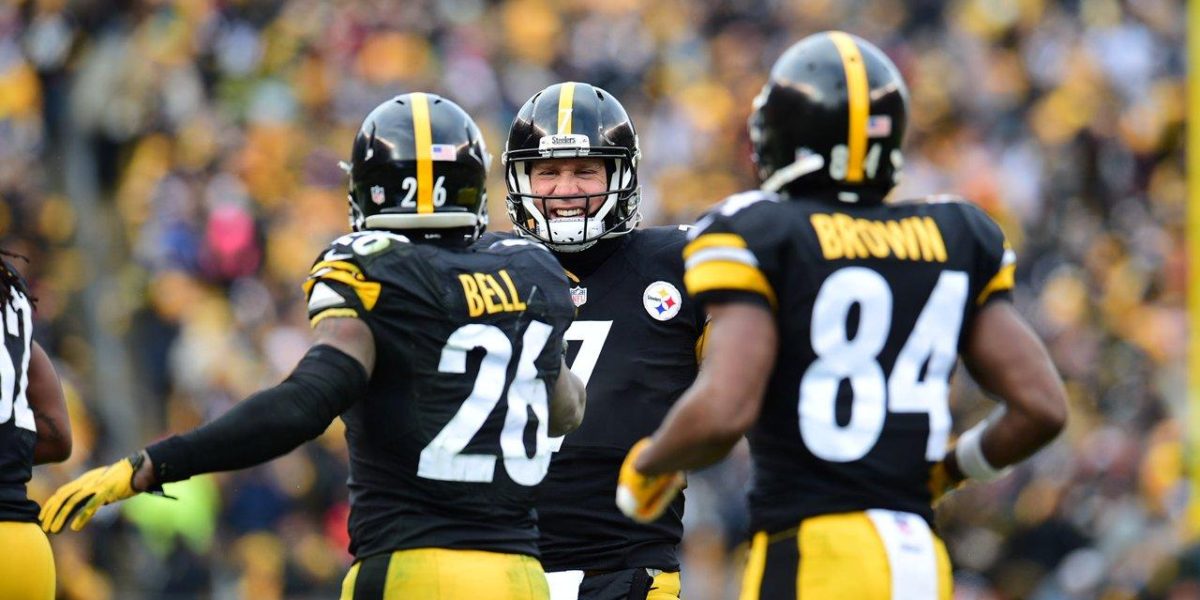 We’re always excited for Steelers football, but nothing gets us giddier than when our favorite players receive praise for their on-field accomplishments.

Unless you’ve been living under a rock, you may have heard about something called Pro Football Focus (or PFF for short.) PFF is a website that digs into the analytics of professional football like no one else.

Recently, PFF has been posting different categories of statistical analysis throughout the offseason. Several Steelers have ranked highly in these rankings, and we felt the need to highlight those who PFF feel are among the best of the best at what they do.

Started from the bottom now they're here ⬇️ pic.twitter.com/xwt9lUd93D

It’s no secret that the Steelers have been building their roster with undrafted players for several seasons. Starting left guard Ramon Foster is one of those on the roster who made them team after not being selected in the NFL Draft.

Foster entered the NFL in 2009 and has fought his way to a starting position on the offensive line. He was retained by the Steelers last offseason, signing a three-year deal that will keep him in Pittsburgh through 2018.

Foster is a fan favorite, and apparently, one of the best undrafted players in the entire league.

From Week 4 through the end of last season, the Steelers' offensive line posted the best Pass Blocking Efficiency in the NFL. pic.twitter.com/O2sCW750oh

No wonder Ben buys them dinner

Forget the “Wall of Dallas”! Offensive line coach Mike Munchak has whipped the Steelers front line into a formidable group who have not only paved the way for Pro Bowl RB Le’Veon Bell but also help keep QB Ben Roethlisberger upright.

No one else did it better in 2016 after a feeling-out process in the first few games. In fact, the Steelers unit nearly posted a franchise best in sacks allowed, if not for sitting starters in the regular season finale against the Cleveland Browns (a game where they gave up several sacks early on).

Anyone who hasn’t bought into the Sean Davis hype need look no further.

A favorite here at SCU, Davis had a stellar rookie season in which he was named to the NFL’s All-Rookie team. We can’t wait to see what else this second-round draft pick brings to the table with a season already under his belt.

Megatron has nothing on Ronald Ocean

People think Pittsburgh fans are crazy when they talk about their Steelers with high praise. Some still don’t think Antonio Brown is one of the game’s best (we’re looking at you Julio and Odell fans).

I think more people would give us funny looks if we told them that Brown is better than Megatron!

In 2016, Anthony Chickillo was the top 3-4 OLB in combined tackle efficiency. He missed 0 tackles on 318 defensive snaps. pic.twitter.com/3j3oSaMzkM

I say that half-jokingly, but who knew that on a team often criticized for missing tackles, that the fourth guy down on the depth chart (behind Dupree, Harrison, and Jarvis Jones) hadn’t missed a single tackle.

No running back has gained yards after contact like Le"Veon Bell has over the past three seasons. pic.twitter.com/QuaoXsUV4t

We know he’s a patient runner.

We also know he’s a heck of a receiver.

But did you know that Le’Veon Bell also breaks tackles better than anyone in the NFL?

On a per-route basis, only Odell Beckham Jr. has more receiving yards than Martavis Bryant since 2014. pic.twitter.com/4foK2X60La

Remember what I said about Odell Beckham Jr. above?

Well, turns out not only is he competing with Antonio Brown to be one of the league’s best receivers, he’ll be looking over his shoulder at another Steeler as well.

Martavis Bryant has an insane stat for yards per route, edging out several other big-name receivers, and crushing the three-year average at his position.

While he hasn't led the league, Ben Roethlisberger is the only QB with 1,000+ deep passing yards in each of the last three seasons. pic.twitter.com/3bAci6Gyk2

Relying on the deep ball?

The Steelers have been criticized for relying on deep passes far too much, but when you’re as successful as Ben Roethlisberger is, how could you go wrong?

Big Ben is the only QB with 1,000 or more deep passing yards in each of his last three seasons: quite the feat when you consider how many times he was sidelined and/or playing injured.