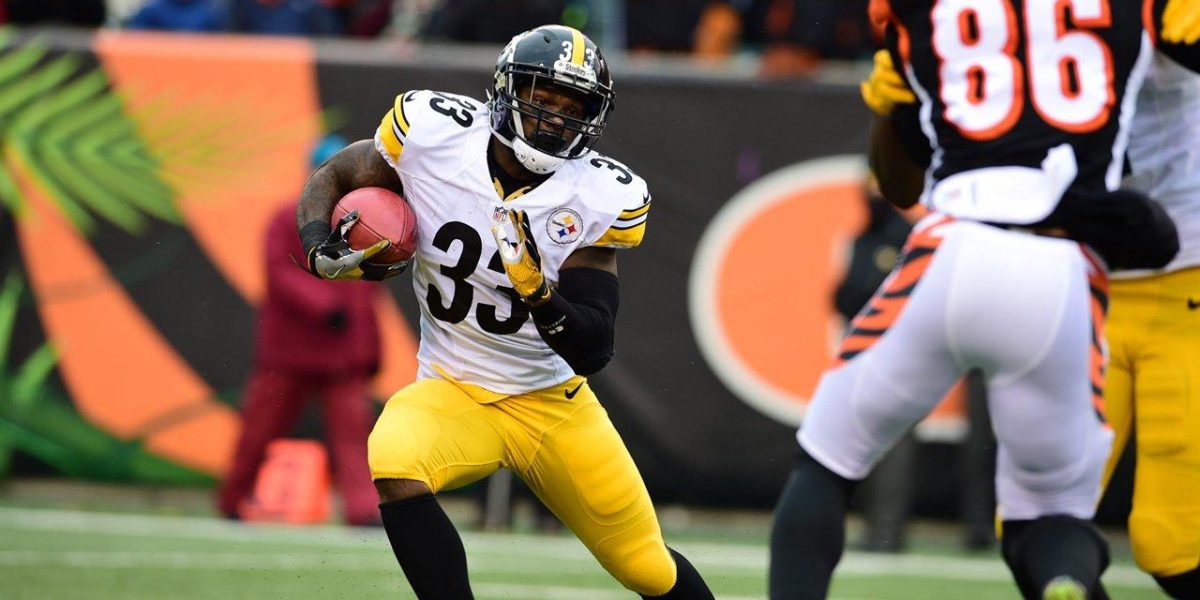 “Position Battles” is a new feature column which will explore upcoming training camp battles from an individual player perspective. Each article will aim to make a case for, and against, a player making the roster based on the spots available at their position.

Toussaint is an interesting prospect who could be fighting for his football life this summer during training camp. Best known as one of two heroes at running back (along with Jordan Todman) who stepped into the injured roles of Le’Veon Bell and DeAngelo Williams to defeat the Cincinnati Bengals in the 2015 playoffs, Toussaint is also best known for a blunder which may have cost the Steelers a trip to the AFC Championship game that same season.

With that play behind him, Toussaint staved off a potential roster foe in Daryl Richardson last summer, earning a spot on the regular season roster.

However, Fitz failed to see much playing time throughout the regular season. In the Steelers first two games without Bell, Toussaint logged a total of 15 offensive snaps (compared with 122 for Williams). He would not see much in the coming weeks, with Bell’s return (despite holding onto his position with Richardson being dropped to add Bell back to the active roster following his suspension).

Toussaint would play a single snap in the next six games.

When DeAngelo went down with an injury, Toussaint would see little time again. The running back would tally two snaps in Week 10, followed by another two, seven, one and three, before sitting out two big division games against the Bengals and Ravens.

He would return for the regular season finale against the Cleveland Browns when Steelers head coach Mike Tomlin sat several key starters to rest for the postseason (including Bell). Toussaint’s 15 snaps were the most he had during the 2016 season, as he had five touches (three rushes for 14 yards and 2 receptions for 24).

His season-high would be against the Colts on Thursday Night Football; a wise decision by the coaching staff to insert a fresh body into a game following a short week of preparation. Toussaint would carry the rock six times for 28 years against Indy.

Otherwise, Toussaint’s 2016 was mostly an incomplete: a grade which could hurt his chances to make the 2017 roster. In the offseason, the Steelers drafted Pitt running back James Conner in the third round of the NFL Draft and added former Kansas City running back Knile Davis to the mix via free agency.

Conner figures to be the first backup behind Bell, while Davis was brought aboard not only as a backup runner but also a kick returner; something Toussaint has made a living at doing since his arrival in Pittsburgh.

Thus the clock could be ticking on Toussaint’s time with the Steelers. Over the past few seasons, the team has only rostered three true running backs. With Bell and Conner expected to take two of those slots, the camp competition will come down to the better special teams standout with backup potential should the worst case scenario occur once again, and the Steelers find themselves without their top two backs.

The dark horse in this race is if the team doesn’t feel comfortable with either Davis or Toussaint in camp. They could pick up the phone and give a call to DeAngelo Williams for a one-year return. Williams is currently an unsigned free agent, and the best bet to be an instant “plug and play” addition to the roster.

Regardless, the running back position battle this offseason will be an interesting one to keep an eye on.