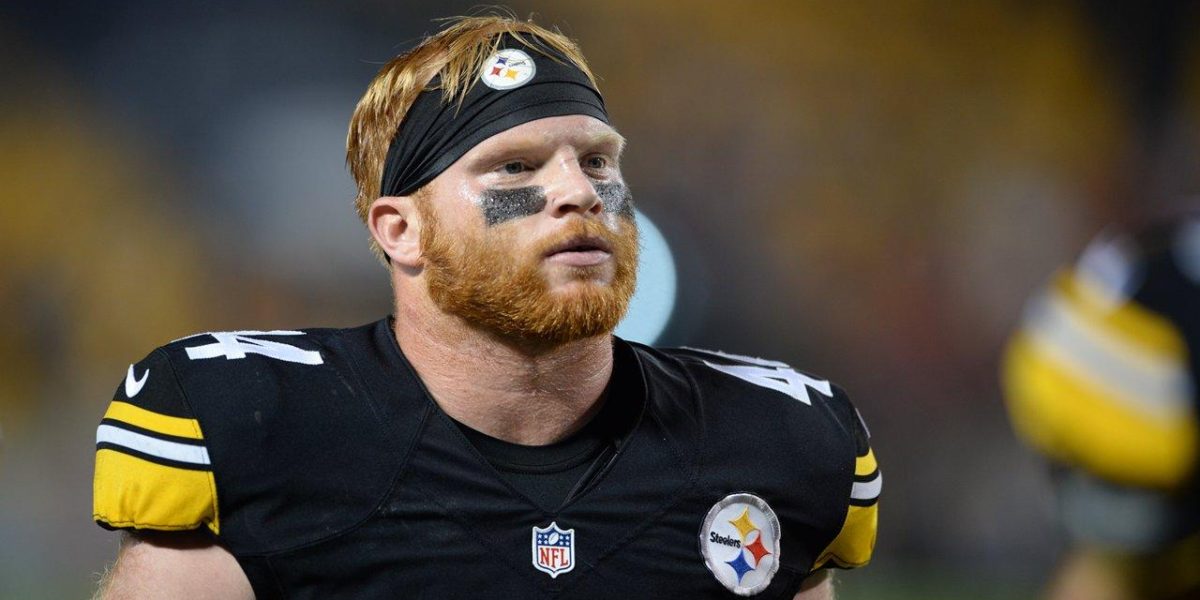 Could Tyler Matakevich start for the Steelers?

With a 7th round compensatory pick in 2016 (pick 246 overall), the Steelers drafted the most productive defensive player in all of college football. Tyler Matakevich was the 2015 Bronco Nagurski Award winner and three-time first-team All-American in the Athletic Conference.

The list of the very select to achieve this honor is small and impressive:

Of all the non-special teams players on this list, only Jeremy Cash (priority free agent) fell further in the draft than Tyler Matakevich. With hundreds of capable linebackers at the collegiate level, making this list of is no small accomplishment.

However, it’s hard to argue with Matakevich’s production:

Temple’s best defensive player crushed the stat sheets as he compiled nearly 500 tackles in four years. In his senior campaign, he also proved to be one of the best linebackers in the nation at taking the ball away, as he recorded five interceptions.

In 2015, Tyler Matakevich was far and away the most valuable player on Temple’s roster. With his help, the Owls surrendered just 336.8 total yards and 2.0 offensive touchdowns per game.

Here’s a chart showing how much more productive Matakevich was than the rest of his teammates: including Haason Reddick, who was drafted in the first round this year.

However, college statistics are just one factor in the grand scheme of things. So why wasn’t Matakevich drafted higher in 2016? An AFC North Executive close to NFL.com’s Lance Zierlein put it this way:

Not big, not fast and not strong. Hard to make it as an NFL linebacker without those elements. With that said, the kid makes a bunch of plays. Production matters and he has it.

On the field, Matakevich is known for making plays, but his physical attributes leave a lot to be desired. 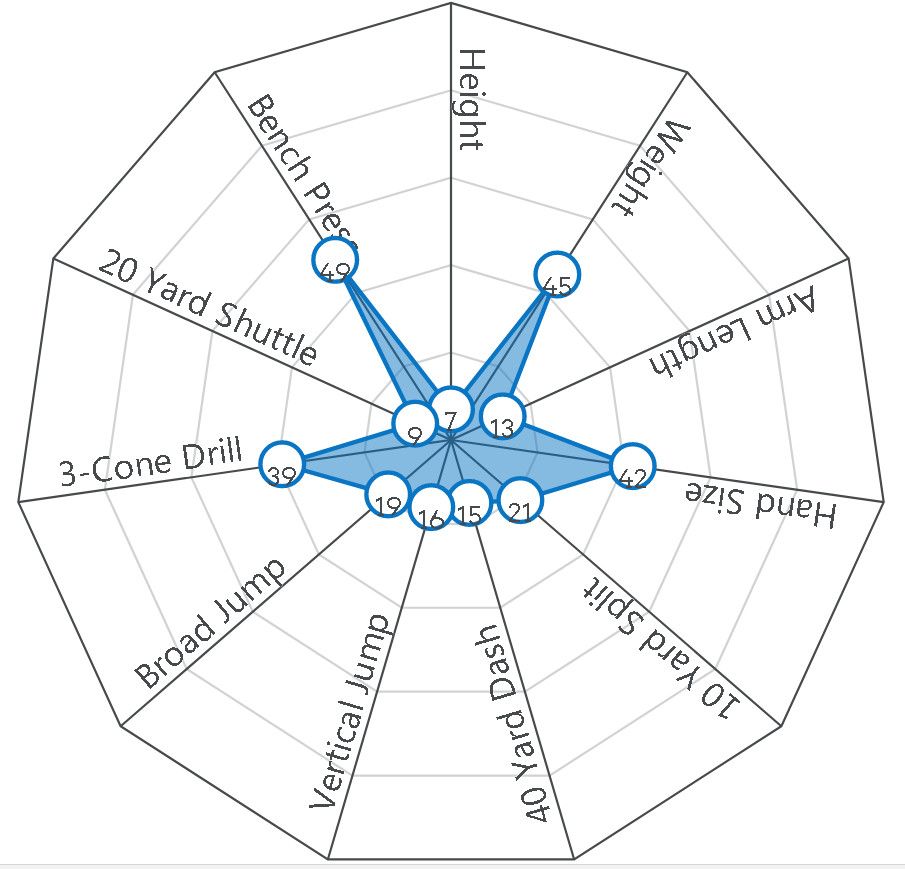 Matakevich is a below average athlete in every measurable category. Though he is smooth and fluid on the field, it’s true that he doesn’t possess the God-given athletic ability that many NFL linebackers have.

However, how important is size and athleticism to the position? There are many linebackers currently succeeding in the NFL with remarkably similar attributes. Here’s how some recent linebackers match up with Matakevich in terms of size:

There are many more NFL linebackers who possess similar size traits as Matakevich, but I chose this sample for a reason. Not only are these linebackers similar in terms of height, weight, arm length, and hand size, but also in terms of athleticism.

Take a look at how some of these solid NFL linebackers tested when they came out of school:

What I find most notable about this list is that probably the best linebacker on here, Vontaze Burfict, is actually a horrible athlete. Burfict’s athletic numbers aren’t underwhelming, they are pitiful. Yet he proves to be one of the league’s most instinctive and most physical run stopping linebackers.

Matakevich is also taller, longer, more athletic, and far more productive in college than former 49ers linebacker, Chris Borland – who had 107 tackles and 2 interceptions in just 8 starts as a rookie before retiring due to concussion scares.

Typically, the best linebackers in the league have a combination of everything: football IQ and instincts, good athletic traits, size or length. Players like Luke Kuechly, Bobby Wagner, C.J. Mosely, and NaVorro Bowman come to mind.

The success rate of “Class C” NFL players (college production, but lacks NFL athleticism) isn’t very good. It also makes a difference where a player gets drafted. Matakevich, for example, is going to be on a shorter leash as an expendable seventh-round compensatory draft choice than a linebacker that was drafted in the third or fourth round – that’s just the way it goes. The third round pick is going to have many more chances to prove that he can be that guy, while a seventh rounder is fighting tooth and nail for snaps to work his way up in the pecking order.

Tyler Matakevich is an incredibly smart and instinctive NFL linebacker. This was even on display with the plays he made during the preseason as a rookie last year. With a little bit more size and a few more physical traits to go with his fantastic college film, it likely would have been enough to land Matakevich inside the first two rounds of the draft. However, the NFL covets players that are big, fast, and strong.

It’s all about an opportunity in the NFL. Vince Williams was a sixth-round pick who ended up starting 11 games as a rookie, despite testing horribly in the agility drills at his Pro Day. Still, he took advantage of a chance he was given.

With only Williams currently ahead of him for playing time, Matakevich has a chance to carve out a role for himself this season. Though it’s unlikely he becomes the long-term solution for the Steelers based on where he was drafted, Tyler Matakevich is no stranger to hard work and overcoming the odds. If Matakevich is given the opportunity to work his way into the starting lineup, don’t be surprised if he impresses.

4 responses to “Could Tyler Matakevich start for the Steelers?”