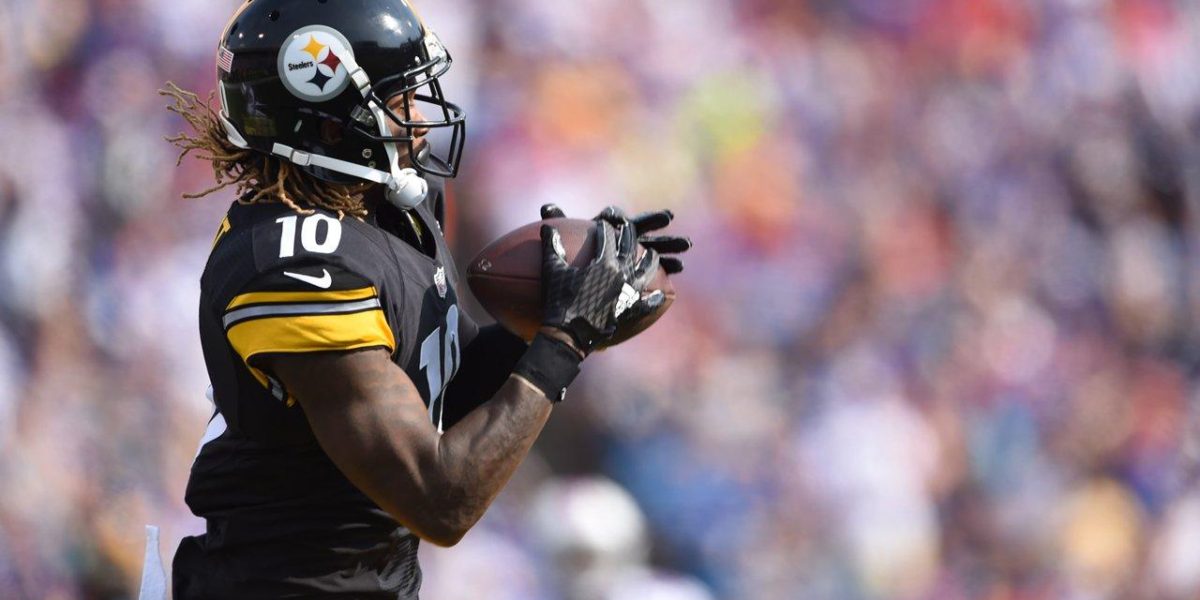 Martavis Bryant: better than ever before?

He hasn’t played in a game since January 17th, 2016, but that doesn’t appear to be slowing Martavis Bryant down. Suspended for all of the 2016 season, the Steelers receiver is back and apparently better than ever.

A breakout star in his first two season, Bryant has been working out like a maniac while away, returning to the Steelers with added muscle and potentially in the best shape of his life. NFL Network’s Aditi Kinkhabwala spoke with Bryant recently about his return. She mentions Bryant noting that

The football part is the easy part.

Aditi also asked the receiver what his biggest challenge is:

Develop my routine back and be consistent on the field.

As for rebuilding trust, Bryant believes it will take care of itself:

So far, his work ethic has received an endorsement from his QB, Ben Roethlisberger, who had some positive things to say about his teammate:

[He’s doing] good… learning some of the stuff we put in last year he didn’t know about, remembering things that we had in before. He looks like a stud, as usual, so we’re excited for him to be on the field this year and help us out.

The endorsement comes days after the Steelers wrapped up their mandatory minicamp. Bryant was there, along with all of the voluntary OTA sessions. When asked if Bryant’s progress was part of rebuilding trust with the team, Roethlisberger had this to say:

Well, I think it’s just proving to us he can be out there all season. We need him all year, so I think that’ll be big for us.

Big isn’t a “big enough” word to describe the impact Bryant could have on the Steelers 2017 season. Following criticism that the “stage was too big” for a group of inexperienced receivers playing in the AFC Championship game, Pittsburgh signed wide receiver Justin Hunter in free agency and acquired USC standout JuJu Smith-Schuster in the second round of the NFL Draft.

Those moves are intended to make sure Big Ben is never without an arsenal of weapons at his disposal again. However, the biggest offseason move for the Steelers might be the reinstatement of Bryant. Appearing in 21 regular season games over a two-year span, the receiver has posted 76 catches for 1,314 yards and 14 touchdowns. In three postseason contests, he has added 19 receptions for 244 yards and a pair of scores.

If Bryant picks up where he left off, he will have Steelers Nation jumping for joy.