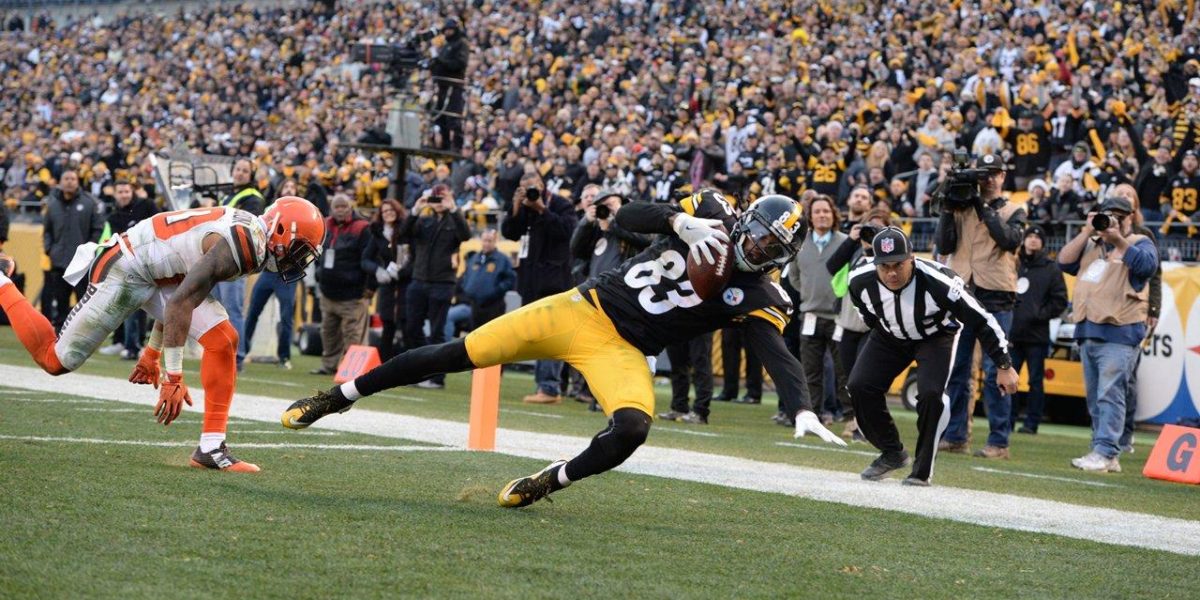 Fans are always dreaming of fantasy scenarios. What if Kevin Greene played with the Steel Curtain? What if Michael Vick played for the Steelers?

Wait… that last one did happen! And as you now know, sometimes those “what if” situations don’t work out for the best. However, it’s far better if those situations remain speculative between generations or they occur naturally; as in, a player doesn’t have to move up the depth chart due to an injury to a starter.

That was the train of thought when coaches decided to sit most of the Steelers starters in the final week of the regular season. Pittsburgh already qualified for the postseason and wanted to keep their stars as healthy as possible for a home playoff game. This setup a situation where we’d see what the Steelers look like with players other than Ben Roethlisberger throwing passes, Antonio Brown catching them, and Le’Veon Bell running the ball. Instead, Landry Jones, Demarcus Ayers, and DeAngelo Williams would spell the names above.

How would this set of Steelers fare against the full force of the Cleveland Browns?

As you already know from watching (and the title of this article) it didn’t go well for the Browns, who were getting starting quarterback Robert Griffin III back from injury and were hot off of their first win of the 2016 season. Surely there was pride on the line for the Browns, who were already beaten badly all season, but not ready to throw in the towel on their season. I imagine they also didn’t want to lose to a set of backup players either. A win or loss may not have meant much for the Steelers, but it was clear the game was important for all who played. Even the Pittsburgh players who were filling a role for one week, this was their time to shine.

Unfortunately, there wasn’t much “shine” or “polish” to what was an incredibly ugly game filled with a plethora of mistakes. For Browns fans, they’re accustomed to the comedy of errors. For starters, the Browns could’ve gone up 21-0, moving down the field on offense and looking sharp defensively, but RG3 threw an interception to Ryan Shazier when they were threatening to go up three scores.

The Steelers were unable to capitalize, but Cleveland being Cleveland, turned the ball over on their very first offensive play. DeAngelo Williams added a receiving touchdown before halftime, and the third quarter didn’t see anyone score. The Steelers would tie the game 14-all at the beginning of the fourth quarter, while the Browns were ready to take a three-point lead, but Cleveland kicker Cody Parkey hit the uprights.

Landry Jones would then connect on a deep ball with Darrius Heyward-Bey, and the Steelers would find their first third-down conversion of the game on an 11-yard Demarcus Ayers touchdown, giving Pittsburgh a 21-14 edge. However, the black and gold would give it right back, allowing a long Isaiah Crowell run set the Browns up for a tying touchdown.

The game was now knotted at 21-all, and Cleveland still had a great opportunity to win it.

RG3 founds WR Terrelle Pryor on a 43-yard reception, setting the Browns up on the Pittsburgh five. All Cleveland had to do was kneel on the ball to help run the clock out, but instead chose to hand the ball off to Crowell, who fumbled.

The Steelers let the clock expire and headed to overtime. The Browns would receive the ball first, with a touchdown ending the game immediately. They had the chance, but once again failed to punch it in from two yards out. First, Ryan Shazier would back Browns WR Andrew Hawkins up 14 yards on a screen pass. Then Steelers would stop the Browns on third down and force a field goal, which meant Pittsburgh would have a chance to possess the football but would have to score or suffer a loss.

The replacements answered the call, going for the jugular 26 yards out on first-and-ten.

While the game-winning touchdown is definitely a highlight in an otherwise mundane game, this “low light” turned into an incredible hustle play by Darrius Heyward-Bey, who sprints the length of the field to save a touchdown. (If not for this play, the game doesn’t go to overtime!)