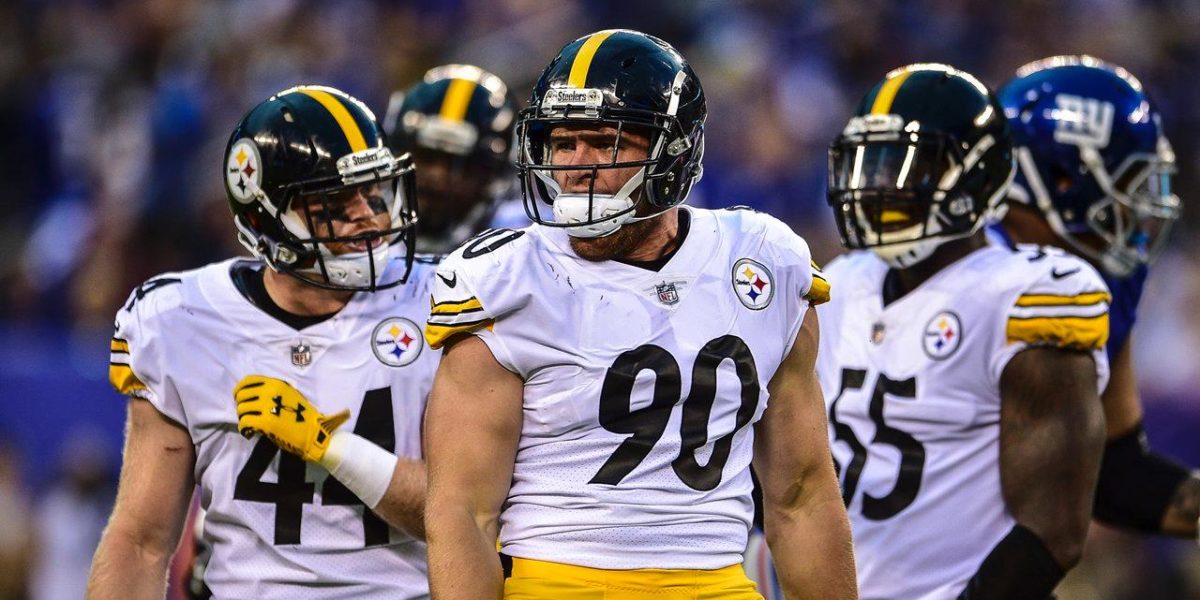 Starting off the new season is always fun and enjoyable but sometimes a bit nerve racking for Steelers fans. Just the thought of the game we all love being back gets our blood boiling and makes us extremely excited for what could be a magical season for the 2017/2018 Pittsburgh Steelers.

In the preseason, coaches tend to use a vanilla scheme for their offense and defense. This basically means they try to not show their best plays so when the wins and losses start to count, they are ready to get those out of their arsenal and attack opposing teams. Pittsburgh’s defensive coordinator Keith Butler put on a nice showing of some of his staple defensive plays. He was leaning more on the side of trying to eliminate vanilla schemes to see what he can get out of his first string players, and even in the late fourth quarter with his other athletes, just trying to make an impact on this football team.

An athlete that made the most out of his first NFL start was first round rookie linebacker T.J. Watt from the University of Wisconsin. The first drop back of the game gave Watt an opportunity for a sack in which he registered due to an excellent interior push from veteran defensive end Cam Heyward, whom we are excited to see back in a Steelers uniform after tearing his pectoral last season.

In the above clip, Watt is lined up on left tackle Ereck Flowers, who has been a huge disappointment since being drafted as a top ten pick in the 2015 NFL draft. As quarterback Josh Johnson tried to escape the pocket after it collapsed due to the push from Heyward, T.J. Watt got off of his block was there to greet Flowers and celebrate his first NFL sack; the first of many for the soon-to-be defensive star.

It didn’t take long after that for Watt to earn yet another sack. To be exact, the first pass from the Giants was a sack by Watt and the second was a sack by Watt. He was all over the field early on during this game.

As you can see above, left tackle Ereck Flowers didn’t block Watt as he came unfree and spun down Josh Johnson for the big sack. I have no idea why Flowers didn’t block Watt as he was supposed to. It didn’t seem like a designed play due to the fact that there was no screen play called or anything that maybe offensive coordinator Mike Sullivan wanted to dial up; therefore, Flowers’ job may have been to move to his left and block the inside linebacker like he did above.

Shortly after the game head coach Mike Tomlin talked with media, in particular, KDKA-TV in Pittsburgh about T.J. Watt’s first NFL performance and how dominant it was (5 tackles, 2 sacks, 1 pass deflection). Tomlin stated, “Those will probably be the two easiest sacks of his [NFL career], I don’t want him to get disillusioned, but I do like the things that I’ve sent thus far.”

Even J.J. Watt, T.J’s older brother who is a dominant force on the Houston Texans, tweeted this out.

Look out NFL, there are now two Watt brothers who sack opposing quarterbacks!

If you have been listening closely to the Steelers and their different beat reporters at training camp in Latrobe, Pennsylvania then you probably heard the name Mike Hilton come up a few times. Hilton, an undrafted athlete who spent time with the Jacksonville Jaguars and New England Patriots, really put on a show in his first game action with the Steelers.

It’s the preseason, therefore, defensive coordinator Keith Butler can put together some more corner blitzes to test them out with his different athletes. This athlete, Mike Hilton, the former Ole Miss Rebel. I know one thing for sure, if Hilton continues to do what he is asked to and can make more plays like this, he will be the undrafted Ole Miss Rebel who makes the team and the second round Rebel in Senquez Golson can start packing. (Golson hasn’t played an NFL snap since being drafted in 2015 due to countless injuries in training camp.)

4th and 2 Run, DENIED by Hilton

Just your simple run the football scenario on fourth down and two yards to go. Hilton comes up with a big stop and forces the Giants to turn the ball over on downs. Hilton runs past two offensive linemen and weaves through the traffic to tackle running back Khalid Abdullah. Just a solid play by an athlete who legitimately could make the 53-man roster.

Outside linebacker Arthur Moats is an athlete who was once drafted in the sixth-round of the 2010 NFL draft by the Buffalo Bills. He is most famous for delivering a hit on Brett Farve in his rookie 2010 season, resulting in the end of Farve’s incredible 297 consecutive starts streak.

Now at the age of 29, he is a backup defensive player with the Steelers and has been since coming on board in 2014. He has 220 career tackles, 16.5 sacks, four forced fumbles and zero regular season interceptions. He did register a preseason interception if that counts, which it doesn’t statistically but for Moats, anything counts as his go to saying is, “Don’t Cross the Moats”.

Head coach Mike Tomlin joked to the media after the game that Moats was, ‘The 11th grader in the JV game’. Tomlin is right but the quarterback that threw the interception was once a starter on the New York Jets and a former second round draft pick, who is still is making errors against non-starters.

If you look above, I have no idea what Geno Smith saw. The wide receiver running the route on the left side was covered by corner Brandon Dixon and Giants tight end Jerell Adams did an inside curl route and sat. He was wide open on the play along with the running back who if caught the ball had two receivers on the right side of the field to attempt blocks for a solid gain of yardage. Instead, Smith threw to the sideline and Moats covered the flat good enough to jump for the interception, returning it 20-yards.

It’s Geno Smith, I guess it’s what you can truly expect from him nowadays. Moats finished the preseason opener with three sacks, two quarterback hurries, an interception and six total tackles. His performance was good enough to make him the Steelers’ Digest Player of the Week and an 82.3 Pro Football Focus Grade, just second behind rookie T.J. Watt’s outstanding 86.1 grade.

Not a bad way to start the 2017 preseason. Rookies showed up, veterans dominated the field early and late. Truly it’s all you can ask from athletes who just strapped on the pads for the first time and got hit by players that were not their teammates. Looking forward to more T.J. Watt plays and hopefully, Mike Hilton continues to show up, because he is a viable option at cornerback with Golson probably not making the 53-man roster this fall.

Let me know what you guys thought about this feisty defensive performance. Who are some players you want to see succeed and make the roster?

One response to “Film Room: Steelers defense explosive in preseason opener vs. Giants”