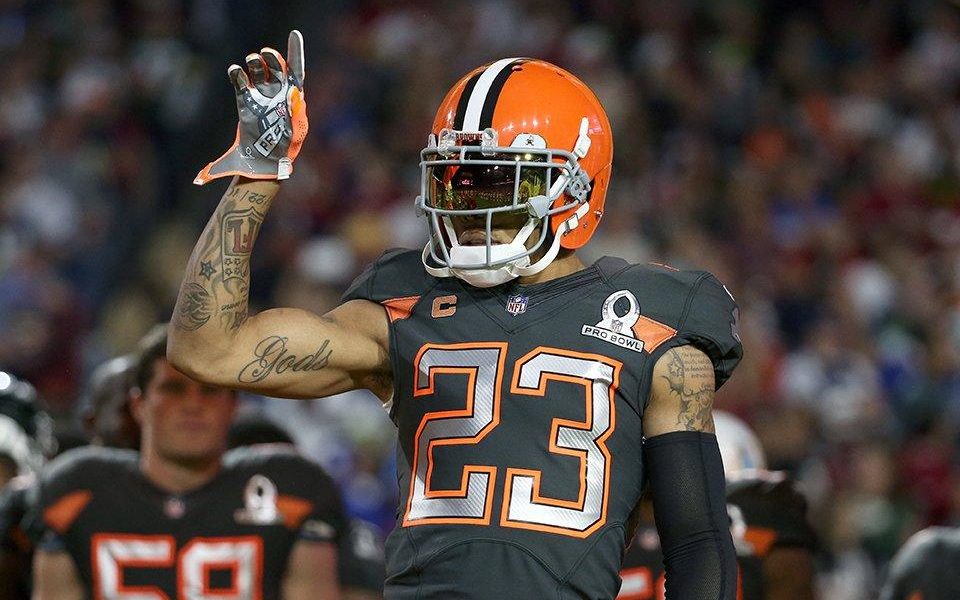 The Steelers are not joking around with their areas of need. A mere day after trading for TE Vance McDonald, the Steelers made another big move by reportedly signing former Cleveland Browns CB Joe Haden.

Cut early Wednesday morning from the Browns, the Steelers wasted no time acquiring Haden, as the cornerback position has grown into a major need for the team. Throughout the preseason the Steelers secondary hasn’t had many bright spots, especially from the potential number second starter next to Artie Burns. Head coach Mike Tomlin had stated the battle for the starting spot would come down to veteran Ross Cockrell and free agent signing Coty Sensabaugh: in his own words, it was two dogs fighting for one bone.

That spot now seemingly belongs to Haden, who is projected to start Week 1 alongside Artie Burns. It’s a quick transition, but former Browns defensive coordinator, Ray Horton, is a descendant of the Dick LeBeau tree, which would give the former Browns corner experience with a similar scheme and terminology as Pittsburgh uses.

While Haden played for the Steelers rival for years, it’s encouraging to see how excited he is to play in Pittsburgh, per various sources on Twitter.

Steelers CB Joe Haden had bigger offers from other teams that he turned down because he wanted Pittsburgh. Haden a Steeler.

Joe Haden's father, Sr., told me: "We are so excited. He is elated." He added he's flying to Charlotte. He'll get his physical/sign deal.

There appears to be no bad blood from either side.

The elephant in the room regarding Haden’s signing is the contract he received, a reported deal which pays him an average of $9 million a year. That is roughly what fellow cornerbacks Chris Harris Jr. of the Broncos and Vontae Davis of the Colts are making.

The Steelers don’t normally hand out big deals to outside free agents, which makes this number even more surprising. It’s clear that the Steelers have confidence in Haden’s ability from the onset.

Fans aren’t as confident, however, given Haden’s recent decline in play over the past two years. While it’s worth noting that Haden reportedly played through 2016 with an injured hernia, his recent decline is still noteworthy.

Joe Haden's play has dropped off recently, can he rebound with a new team?https://t.co/NsIaT76z4e pic.twitter.com/LBY65TCC7L

A similar case that Steeler fans should be familiar with is Mike Mitchell, who played through an injured groin during his first season with the Steelers. Following that season many called Mitchell a bust and a wasted signing. However, he recovered from the injury and went on to become the fan-favorite he is today.

One must hope that Joe Haden will follow a similar path. He is only 28 years old, so there’s plenty of time for him to turn his career around.

That is an optimistic take on the signing, but all we can do is trust that the coaching staff knows what they are doing.

Another question that arises with this signing is what happens to the other cornerbacks on the Steelers roster. In recent history, the Steelers have never kept more than five or six cornerbacks.

However, the lack of safety depth comes into play this season. Over the past four years the Steelers have kept five safeties, but this year they may only keep four unless they want to keep Jacob Hagen on the roster. Keeping only four safeties would easily allow the team to retain seven cornerbacks, especially when considering the Steelers can use William Gay as a dime backer, something they’ve already started doing this preseason.

Barring any surprise trades or cuts, it appears the seven to make the roster would be Artie Burns, Joe Haden, Will Gay, Ross Cockrell, Coty Sensabaugh, Cam Sutton, and Mike Hilton.

If the team only keeps six, the odd man out will likely be Cockrell or Hilton. Cockrell has been an average player in Pittsburgh, but given his demotion and lack of versatility, he may not be worth keeping around.

Hilton, on the other hand, is limited to only playing in the slot and is extremely inexperienced but has impressed during the preseason and camp.

That means you can all but kiss Senquez Golson’s career in Pittsburgh goodbye. (Whatever “career” he had, that is.)

This signing raises many questions, but hopefully, the Steelers now have the number two cornerback they’ve been seeking. It’s obvious they were looking to improve their secondary and if their gamble on Haden pays off, it could result in another title in their trophy case.