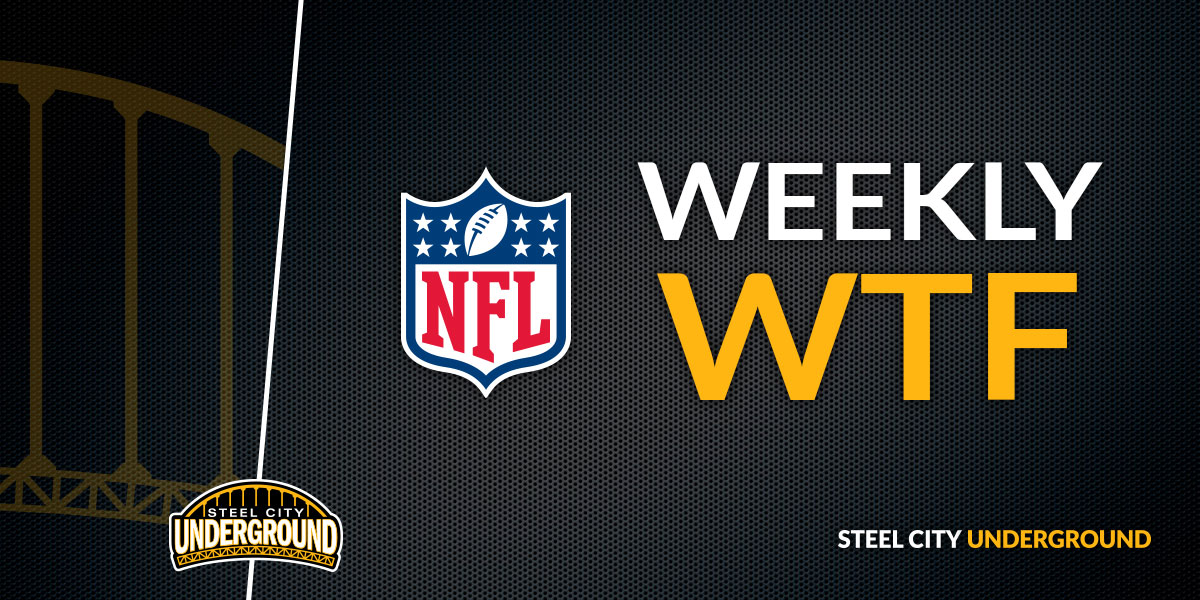 Happy end of August all. The kids are head back to school, and we can finally focus on our fantasy football drafts with the preseason coming to a close. We have one last mini vacation before Labor Day before football season kicks into full-gear.

Last year when I began the WTF column, it was the goal of giving us (actually myself) a platform to air the “shake my head” moments of each week of the season.

But the preseason has given me so much more to work with!

Let’s start with the $92 million in guaranteed money that Detroit is giving QB Matthew Stafford. WTF are they thinking? He receives a $50 million signing bonus and is making a reported $27 million per year over the next four seasons.

Stafford has only been to the Pro Bowl once, in 2014; and that was as a substitute for the injured Peyton Manning.

Then I take a step back and think… well what are the options? Josh McCown is starting for the Jets and the Dolphins coerced Jay Cutler out of retirement. So even though I don’t get it, I do get it, but still, WTF?

The Steelers traded for former 49ers TE Vance McDonald. Jesse James and Xavier Grimble were pedestrian at the position and the Steelers could use more depth. But the one thing I have learned over the last ten years with Coach Tomlin is that he hates, I mean hates a lack of ball security, fumbles and dropped passes. He will bench guys because of it.

With McDonald coming in with a history of dropped passes, my WTF is trading for him. I hear he’s better in the red zone, and a big body downfield threat, but I’m still not sure about him and his contract.

Speaking of drops: did you watch the Colts game?

It was a mess to start. It started with a strip sack on Ben Roethlisberger then a big pass play by Indianapolis on the very next play, which ended up in a touchdown for the other team.

The left side of the line wasn’t blocking.

Then there’s Knile Davis, who kept running anywhere but where there was a hole. I kept yelling at the TV like he could hear me! (He couldn’t.)

His numbers were terrible.

I’m sure Le’Veon Bell, who should return September 1st, was thinking “Yeah, I think I’ll go record another rap song before I return.”

Davis is not even close to Bell’s level.

Sometimes the WTF’s write themselves: like one of the coaches shown with a quick camera glance at the sideline where you could spot him mouthing “WTF” when Sammie Coates dropped his second pass from Landry Jones.

I asked the same thing. Doesn’t Sammie realize he could be competing for his NFL career?

However, the WTF play of the game had to be Jones taking the team down to the one-yard line and getting picked off. Landry looked like he was saying “WTF” to Todd Haley, and the entire thing was reminiscent of the Seahawks playcall in the Super Bowl.

Thank God it was the preseason. Let’s hope we see less of that when the games actually count.

Finally, a WTF to all of the injuries and suspensions which will cause NFL players to miss games this season. There are 31 ACL injuries and counting, and 26 players suspended (and counting).

We need to do better on both fronts.

On the injuries, can we cut the preseason games down to two maybe? This four games stuff is just dumb.

On the suspended player WTF… I’ve got nothing. Vontaze Burfict gets called for a dirty hit in a preseason game, potentially suspending him for five regular season games, and the Bengals announce their “support” for him in his appeal?

Jerry Jones supporting Ezekiel Elliott is another. He is looking at the bottom line, not what is right. (But he did bounce Lucky Whitehead out of town in a case of mistaken identity.)

All we can do is shake our heads… and say WTF?