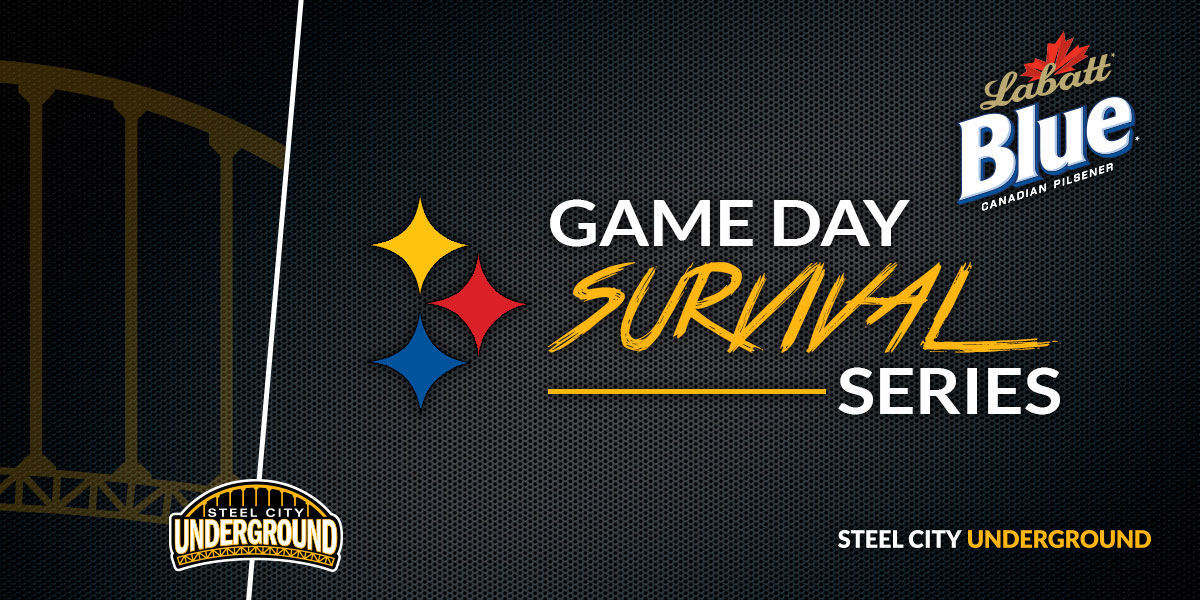 Are you a superstitious person? Do you believe what you do on game day impacts your favorite team?

Whether it’s a lucky charm, your favorite breakfast, or that jersey you must absolutely wear (even if it doesn’t fit well anymore) then you fit into the category of being a super fan.

We here at Steel City Underground can also be superstitious folks at times. Whether or not wearing the wrong pair of socks on Sunday afternoon truly means the guys on the field win or lose can be debated. However, our rituals cannot.

Here’s what our crew had to say about game day superstitions.

I believe in wearing the same color/style jersey as the team that day. I’m so particular about making sure I wear the same color, I literally follow the pregame warmup news to see if I can find out what the players have on that day. At home, that’s usually easy. We know if it will be the traditional black uniforms or an alternate. Pittsburgh is usually good at announcing in advance if the bumblebee throwbacks (now retired) or Color Rush versions will be worn. Where it gets tricky is if the team travels to a place like Miami or Dallas, where the home teams almost always wear white. Cleveland can never make their mind up on this either, and sometimes you see Pittsburgh wearing black tops with those gold pants there too!

When I attend a game in person, I also have this bizarre ritual of finishing my tailgate with a black and gold can. Any old beer just won’t do either. It must fit with the football theme… and this year, those fancy Labatt Zubaz cans are just speaking to me…”

All set for the game! #HereWeGo #Steelers #zubaz @LabattUSA pic.twitter.com/BlrYmvg74d

There are certain things I feel I need to do every game day. I need to decide which jersey to wear. I don’t care about home/away, it’s more about which player I think needs to have a good game. Of course, I don’t have all of them, so sometimes it’s just which side of the ball I’m more concerned with, be it the offense or the defense.

Other than that, the only other “superstition” I have is I cannot sit. When I watch a game at home I have to be up and moving while watching. My wife says it’s exhausting to just watch me. When we go to games, it’s actually hard to stay still.

I’m more or less known to be nuts in my game day preparation. I need to wear the same player’s jersey as the previous week if it was a win. I obviously pick a new player following a loss. (I feel a little extra secure wearing my Bryant and Mitchell ones, because of past success rate.)

I will switch jerseys if the team is getting beat bad, but that is rarely necessary.

I must have a Terrible Towel touching me at all times. The remote(s) preferably on my right side armrest both facing the TV. I also like the volume on an odd number but that’s kind of an “all the time” deal with me anyway. I could be worse.

I don’t consider myself superstitious, but I have habits I tend to stick to on game day. When wearing my Antonio Brown home jersey I always wear the same black v-neck as an undershirt, every week, nothing else. I also try my hardest to have barbeque wings for every Steeler game (with bones, of course, boneless wings are a sham).

I always make my brown sugar maple bacon scrambled eggs and bagels for the family before any Sunday 10:00 am game. (I’m on the West Coast, so those 1:00 pm kickoffs are much earlier here!)

Of course, the family wants breakfast by 9:30 am so we can watch pregame warmups!

On game day, I pick out a Pittsburgh t-shirt or jersey to wear and grab my official Terrible Towel.

But – every game, no matter what – I wear my lucky Irish/shamrocks Steelers cap with an American flag pin on the right side. It may be a green hat (and I’ve been told it doesn’t match black or gold) but I wear it as a rally item all the same. If the team needs a big rally, I flip it around so the bill is in the back until they catch up. Then the cap gets spun around so the Steelers logo faces front again.

I don’t have any food, drink or other traditions… but no one, and I mean NO ONE watching the game with me is allowed to make statements I consider “jinx statements”.

Examples: “They’re going to turn it over”, “I feel an interception”, and the big one is “I hope they win”… And definitely, no statements that infer excess hope or negativity.

The game should be enjoyed and yelling at the TV or from the stands a must… but zero jinx statements or the offender gets booted out of the watch party!

I meet at the pub at noon, do a shot of American Honey, and claim our corner for the afternoon.

A buddy of mine and I also do wardrobe swaps if the boys aren’t playing well.

We then repeat the shot ritual before second-half kickoff!