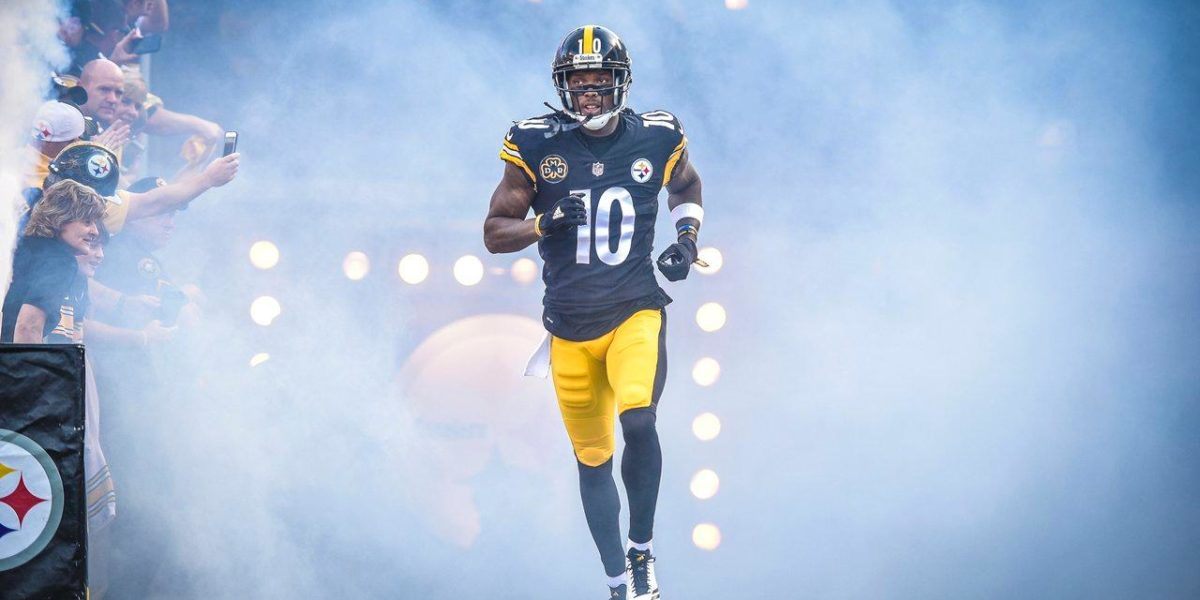 Is Martavis Bryant set to implode?

The Steelers manhandled the Bengals this past Sunday afternoon and took a commanding lead in the AFC North. They’ll have a hard time coughing up the division at this point unless they obtain injuries to key players or they let certain players derail their team comradery by causing unneeded drama.

One of those players that could cause an issue and is doing his best to do so lately is Martavis Bryant. Bryant, who has served both a four-game suspension and a yearlong suspension in back-to-back seasons, has been both a godsend and nuisance for the Steelers over his career, including this 2017 season in which he truly needed to be on his best behavior.

It started in the offseason when he stated he needed to have a “man-to-man” with Ben Roethlisberger; after Roethlisberger had stated his displeasure with Bryant for missing the 2016 season. Bryant, who had lost the Steelers’ trust, rightfully so, should have kept his mouth shut and understood where his quarterback was coming from.

It then came to the attention of the masses after the Chiefs game, a huge win by the Steelers, that Bryant was unhappy and had requested a trade in recent weeks. Bryant, a man trying to regain trust, and quite frankly work his way back into this league, was unhappy? He denied it; said he wanted to be a Steeler and it was all nonsense. Mike Tomlin called it a non-issue. Seemingly, everything was put to rest. Or so we all thought.

Then, again, after a massive black and gold victory over the Cincinnati Bengals, Bryant ignorantly chose to take to Instagram to respond to one of his followers by saying “Juju is nowhere near better than me fool all they need to do is give me what I want and y’all can have JuJu and whoever else”, speaking of the upstart, hardworking rookie JuJu Smith-Schuster.

There are SO many issues with this. First, why is he even engaging with a fan, hater, follower or anyone else on social media? He clearly is an emotional mess; to even respond to the nonsense, upset or not, is a massive blunder. That’s lesson one in the world of social media. As Herm Edwards famously says, “don’t hit send”. But Bryant did, and the storm began to swirl.

Secondly, calling the fan a “fool” does him no good. It just makes Bryant look like the whiner who isn’t getting his way and wants nothing to do with the team and resorts to name calling and throwing out demands like a toddler in the midst of their terrible twos.

Lastly, and most importantly, how dare he call out a teammate like that? JuJu has earned all the praise he’s gotten, and then some. Bryant hasn’t earned anything, in terms of praise, due to his inability to keep the trust of his coaches, teammates and fans. He says he worked his way back, and he did, but he’s about to throw it away through ignorant requests, obvious moping, and infantile behavior. It’s ridiculous.

Yet, the saga wasn’t over. Bryant then called in “sick” to work on Monday for film study. Not that there’s much of him on the tape but if he wants to be on the tape next week, calling in sick after messing up so royally is not the way to do it.