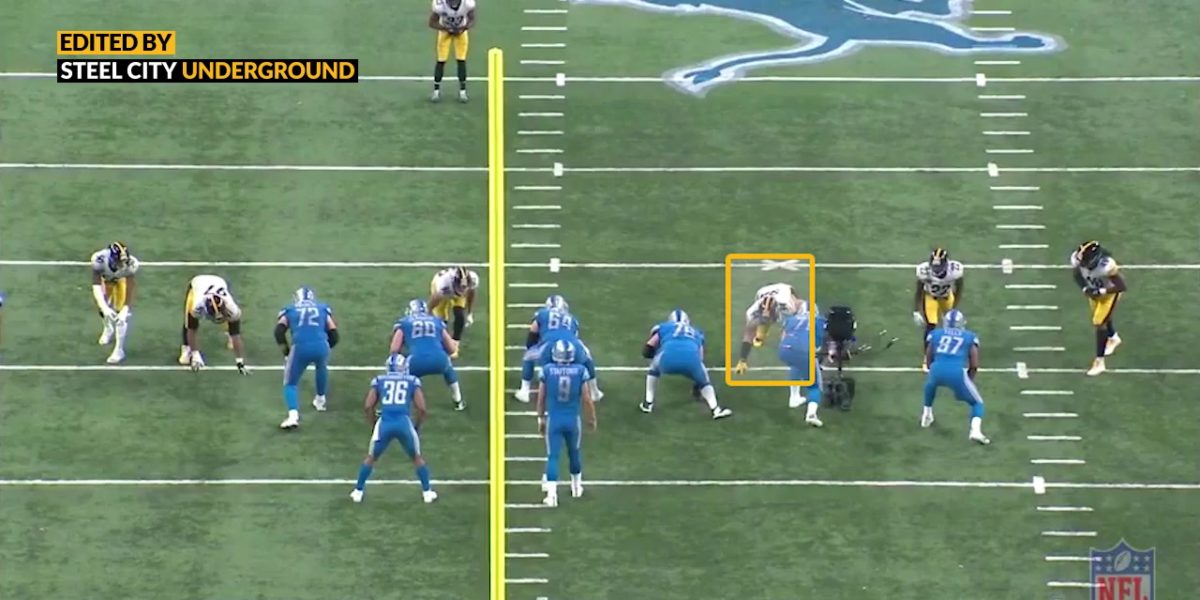 Every offseason a lot of noise is made about free agent acquisitions and draft picks. Steelers fans are usually disgruntled at either, balking at value-priced free agents the team signs or worrying that they should’ve taken Position A’s option over Position B.

Fast forward to November 1st, eight games into the 2017 regular season, and it appears that Pittsburgh’s front office has done a tremendous job with both, acquiring veteran players and drafting new ones: T.J. Watt, JuJu Smith-Schuster, Joe Haden, Vance McDonald, and others grabbed headlines at one point or another this season. However, there’s one free agent addition that hasn’t generated the attention he deserves to this point: Tyson Alualu.

A former first-round draft selection by the Jacksonville Jaguars, Alualu arrived with little fanfare in Pittsburgh as a backup option for defensive ends Cameron Heyward and Stephon Tuitt and as a secondary option at nose tackle behind second-year pro Javon Hargrave. Each of the aforementioned players has missed time in recent years, thus, a depth option was vital to have behind these defenders.

And Alualu hasn’t just provided a quality fill-in behind those players, but took the torch from the injured Stephon Tuitt and ran with it in the Steelers 20-15 win over the Detroit Lions last Sunday night.

Two penalties turned a 3rd-and-6 for Detroit into a 3rd-and-16 with around eight minutes remaining in the first quarter. Alualu made his presence felt on this draw play, with an impressive spin move, stuffing Lions RB Dwayne Washington for no gain.

Alualu wasn’t fooled by the shotgun formation and stops Washington (along with CB Mike Hilton) for no gain, forcing a 48-yard field goal attempt.

On the next drive, the Steelers defense would force a three-and-out on a 3rd-and-6 from Detroit’s own 21-yard line.

On this play, the Steelers secondary blankets every available option in pass coverage, as the defense once again only rushes their front four. Lions QB Matthew Stafford runs out of time, with nowhere to go as Alualu collapses his side of the pocket while Cameron Heyward beats his man for a sack, and an 11-yard loss.

Alualu snuffs out this dump off pass to Dwayne Washington with a little under a minute remaining in the first half. The Lions had just converted a first down, as Stafford completes the short pass.

You might have to blink on this play, as #94 isn’t former Steelers linebacker Lawrence Timmons, rather, the 304 lbs. defensive lineman chasing down the running back for only a four-yard gain.

The Lions would go on to an incomplete pass on 3rd-and-6 and be forced to punt, as a result of Tyson’s effort on 2nd down.

We might have to start calling Alualu “Mr. 3rd Down” as he was on fire when it counted most Sunday night.

A unit notoriously criticized for not getting off of the field in third-down situations held the Lions to 2-of-12 (17%) in this game.

Here Alualu gets his mitts on the ball on 3rd-and-6 from Detroit’s own 29.

Okay, I lied. Alualu was also clutch on 4th down, in what may become the most recognizable play by the reserve d-lineman this season.

Even the TV commentary team was trying to figure out if this was a designed play. Stafford’s receivers appear to get into position to help block and/or shed defenders as the Lions quarterback quickly decides to ditch the pass and try to take matters into his own hands.

Like the tackle on Washington earlier, Alualu spins free of his blocker and stops Stafford for a one-yard loss; which technically goes on the stats sheet as a sack and a turnover on downs.