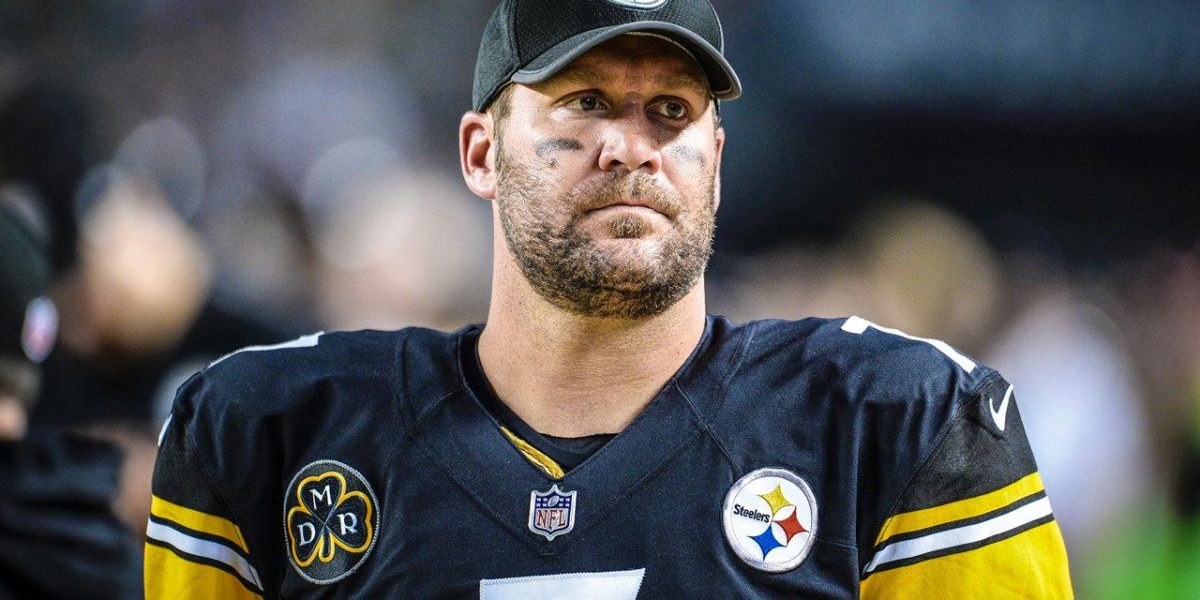 Is Ben Roethlisberger still a top ten QB in the NFL?

An intriguing discussion began within our brainstorming session here at SCU the other day. A question was proposed as to whether or not Pittsburgh Steelers quarterback Ben Roethlisberger should be considered an “elite” quarterback. Long has been such discussions, as Steelers fans have fought for Big Ben’s name to be included among heavyweights at the position such as Tom Brady, Aaron Rodgers, Peyton Manning, and others.

Our talks continued, as we started to contemplate historical credibility along with Ben’s 2017 season. In discussing the latter, Ben’s ranking started to fall: he has not had the sharpest season thus far, and a five-interception game tarnished our own bias as to not only if Ben is still an elite player, but whether he can even be considered among the top ten at his position.

After jotting down some notes and making some rankings, our staff came to a consensus. But first, we have to explore where other quarterbacks rank in the league. In doing so, we took the current crop of starters, comparing all 32 with one another.

That means no Aaron Rodgers since he’s currently injured, which has some bearing on where Roethlisberger ultimately ends up.

In my own rankings, there were no clear cutoffs as to how many quarterbacks fell into each category. Some of the analysis considers stats while other considerations were made, including eyeball tests such as “being able to win”.

Osweiler is based on his previous stints, as he hasn’t thrown a pass for the Broncos this season. Previous starter, Trevor Siemian, wouldn’t rank any higher on this list. Nor would Browns QB Kevin Hogan, Bears QB Mike Glennon, or former 49ers starter Brian Hoyer. The Cardinals and Packers passers each fall into this bottom tier by virtue of their starters, Carson Palmer and the aforementioned Aaron Rodgers, getting injured.

Make no mistake about it, Ben isn’t anywhere near as bad as the players in this category, nor the next group.

The Viking’s Case Keenum, Colts’ Jacoby Brissett, Rams’ Jared Goff, Jaguars’ Blake Bortles, and Dolphins’ Matt Moore are the next pairing of quarterbacks who are just one rung up the ladder over the bottom tier. Keenum has been okay with a solid Vikings team surrounding him, while Matt Moore fell victim to the Thursday Night Football blues days after leading his team to a comeback victory.

Brissett has shown flashes, but when compared with the next set of starters, falls just below average. Blake Bortles has done just enough to not handicap his team but is overall a reason their offense doesn’t pass the football. The jury’s still out on Jared Goff, who also cannot be considered to be part of the next tier.

Our middle tier is exactly what a middle tier should be: the average NFL starter. I think if you asked most fans of the following teams if they were either happy or upset with their signal caller, you’d get a mixed reaction of “okay” and “we could do better”. This tier includes the Jets’ Josh McCown, Titans’ Marcus Mariota, Redskins’ Kirk Cousins, Panthers’ Cam Newton, Bills’ Tyrod Taylor, Giants’ Eli Manning, Buccaneers’ Jameis Winston, Ravens’ Joe Flacco, and the Bengals’ Andy Dalton.

McCown is a heck of a journeyman who can sling the ball around the field, yet never seems to be a full-time option when it comes to reliability. Across town, Eli Manning is nearly identical, sans the journeyman label.

The Bills were looking to can Tyrod Taylor, but he can still surprise at times. Cam Newton looked unstoppable two seasons ago but has regressed from his Superman stats. Marcus Mariota and Jameis Winston have promise, but it’s an unfilled promise so far.

Kirk Cousins is the enigma here, as he could become the hottest free agent at the position at season’s end; but is he worth the large price tag he’ll likely command?

Then there’s the other two AFC North quarterbacks, Joe Flacco and Andy Dalton. Neither are exciting but can get the job done. Each has led their team to the postseason, but that could also be a legacy viewpoint when the dust settles on the 2017 season.

Just Below The Best

Here are the guys making the big bucks, and putting up wins, sometimes with eye-popping stats and other times with duds. Each of these quarterbacks could or may have previously been labeled as elite.

Now you see the quandary: Ryan, Carr, and Prescott have been up-and-down after terrific 2016 seasons. But should they be below or grouped with the likes of a Joe Flacco or Josh McCown?

I don’t believe so.

That’s where Alex Smith comes into the argument as well. He’s been on fire this season, but never put up fantasy numbers prior. Matt Ryan has and led his team to the Super Bowl last season. This year hasn’t had the same magic, but he’s not as far removed from his big season as Cam Newton.

Carson Wentz has been nothing short of a miracle for the Eagles, while Matthew Stafford landed a big payday for his consistent ability to throw for over 4,000 yards in a season.

Needless to say, these are your above average passers who could always be on the cusp of elite status. Roethlisberger and Rivers flirt with the designation week-to-week sometimes but aren’t “lights out” like the last set of quarterbacks.

The Best of the Best

The hate mail will flourish soon, as the names you’ve probably pieced together here at the end read like “I agree” to “Are you insane?”

Tom Brady may go down as the game’s greatest. I don’t like him. I don’t like the Patriots. But this guy isn’t slowing down anytime soon!

Drew Brees has done the same for so long; he just doesn’t always have the supporting cast that Brady has.

An issue I had when putting this together was what to do with Russell Wilson and Deshaun Watson. Wilson has earned his right to be called among the game’s best and with some incredible games this season, including two four-touchdown performances, it’s hard not to argue his inclusion. His running has subsided as he’s started to attempt more passes in recent years, yet his completion percentage has never dipped as low as others he’s compared with (like Newton). After only throwing 21 touchdown passes in 2016, Wilson has already completed 15 in 2017 with only four interceptions.

For the time being, he’s among the best.

Watson is a clear candidate for Rookie of the Year honors, with four straight games of 100 or better QB ratings. He matches Wilson’s two four-touchdown games and adds a five-touchdown game to his resume.

Adding him to the “elite” tier may be a stretch; in fact you may want to slice Brady and Brees above these two, but there’s little argument to be had that Wilson and Watson aren’t hotter than anyone in the above the average mold. The only other guy you could make a case for is Alex Smith, who has yet to throw an interception, but who’s legacy stats suggest this season is an outlier and drags him down into the next tier.

There you have it folks, twelve quarterbacks above average; four in the top tier and eight below.

That makes Ben Roethlisberger no worse than twelfth overall. Depending on fuzzy math and other intangibles, a case could be made for Big Ben to creep into the top ten, maybe at ninth or tenth over the likes of someone like Ryan, Carr, or Rivers. Maybe even Dak, depending on how he fits your own standards.

Where do you think Ben is at this point of the season, and this juncture of his career? I’m looking forward to some of the comments below!

One response to “Is Ben Roethlisberger still a top ten QB in the NFL?”