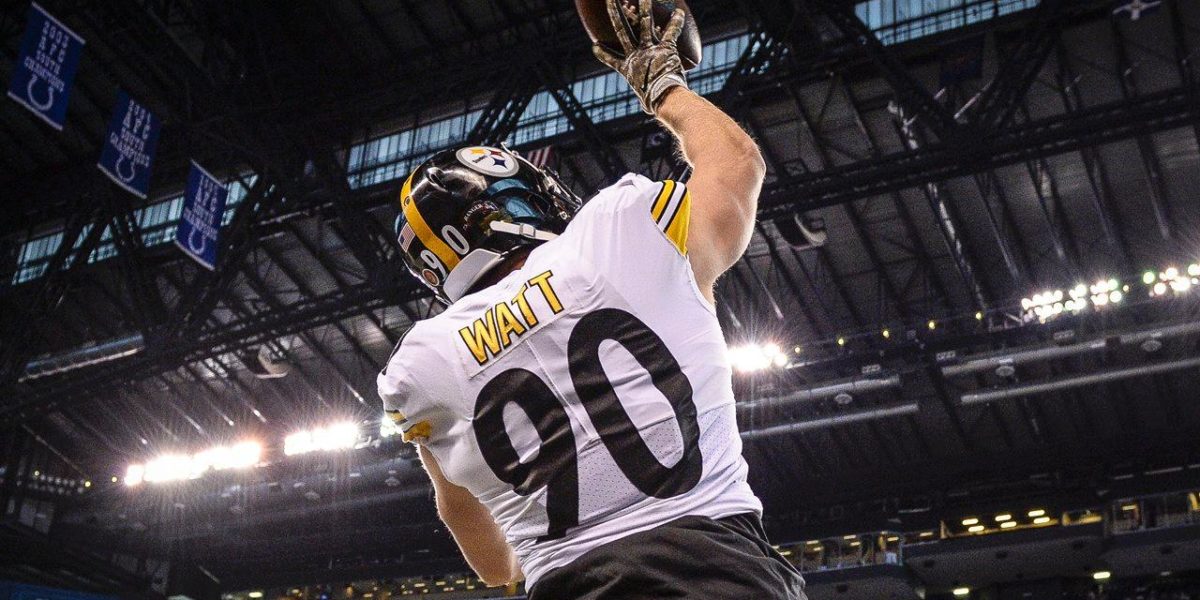 by Mike Drakulich (PghSportsNation) on November 15, 2017

Welcome to the Pittsburgh Steelers vs Tennessee Titans Preview! This is your one stop shop for everything you need to know about the Steelers and their upcoming opponent! Mike Drakulich of Pittsburgh SportsNation brings you inside the huddle for both teams, providing all fans with a Game Preview, the Steeler’s Keys to Victory, Score Prediction, a detailed breakdown of each team, Fantasy Football Impact, Game Information, Individual Stats, Team Stats, the latest Injury Report, down to the weather at kickoff. The only thing you’re missing is a game uniform!

When Ben Roethlisberger and the Steeler offense takes the field on Thursday Night at Heinz Field, they will see a familiar face across the opposing sidelines in Dick LeBeau, who is the Titan’s Associate Head Coach and Defensive Coordinator.

“It’s not just a defense,” Roethlisberger said Tuesday about playing the Titans on short rest. “It’s a Dick LeBeau defense.”

Roethlisberger knows first hand how great a challenge facing a LeBeau defense can be, considering he faced on hundreds of times at practice.

“That’s what makes him so special,” Roethlisberger said. “He’s probably one of the best defensive coordinators and even better person that I’ve ever been around. It was so much fun to be on his team to see what he did to other quarterbacks. Hopefully, it won’t be as much fun (for LeBeau) going against him.”

Big Ben would like to utilize more of the no-huddle attack this week, considering it’s a short week for both teams to prepare and rest up for.

You have the no-huddle and it’s been in (the playbook) since Day 1, so rather than try to install a bunch of new plays, you go with what you know and have been doing for a long time,” he said.

Cody Sensabaugh feels he is up to the task in filling in for Joe Haden till be returns from his leg injury suffered against the Colts. Haden is expected to miss anywhere from 3-6 weeks.

Sensabaugh would’ve had the 2nd CB slot as his had Haden not been picked up by the Steelers after the Browns released him at the end of Training Camp.

“Happy to have Joe here,” Sensabaugh said. “I am sure it was unexpected for a lot of people. It probably affected me probably more than anybody else on this team.

“But I know as soon as we got him, I hit up my guy (Browns defensive back) Jason McCourty that I was in Tennessee with and asked him for Joe’s number and welcomed him. So I am happy he is here. Everybody is happy he is here, and we want him to get back well and get back to us as soon as possible. But until then, everybody else has to pick up their game and hold it down for him.”

Sensabaugh stepped in and elevated his game when Haden went down.

“Coty came out and did his thing,” safety Sean Davis said. “He had a big play for us.”

Artie Burns, the starter opposite of Sensabaugh, has all the confidence in the world in him.

“Most definitely,” Burns said. “He’s been at practice with us. We have been seeing him do the work. I have confidence in him, and I think everybody else has confidence in him to do his job.”

It’s Prime Time, a place where the Pittsburgh Steelers usually are at the top of their game. The defense continues to pay outstanding, but will be tested without the likes of Joe Haden and Mike Mitchell. That said, it’s time for Todd Haley to take the safety off of the weapons and let Ben Roethlisberger loose to do what he does best… attacking!

The Titans and Marcus Mariotta will no doubt test the Steeler secondary with Haden out. Cody Sensabaugh and the rest of the corners that will fill in during Haden’s absence need to elevate their games.

Le’Veon Bell will need to get the running game going against a tough front seven that the Titans possess. If Bell can get some running room, that should open up Tennessee’s secondary for Ben Roethlisberger and the passing game to exploit.

Quarterback- Ben Roethlisberger leads a vastly underperforming offense that has the ability to beat you via the ground or the air. Big Ben has normally been outstanding at home, but has struggled to put up the same numbers on the road the past few seasons.

Running Backs- Le’Veon Bell is considered  to be one of the best all-around backs in the NFL, if not thee best. Bell can kill you on the ground with his speed and elusiveness. He is patient, often delaying a second to find the hole to burst through. Bell is also dangerous out of the backfield as a pass catcher. James Conner will spell Bell from time to time.

Wide Receivers- Antonio Brown is the best receiver in the game. You can count on five catches for at least 50 yards every week at a minimum. This wideout group is extremely deep and talented. Martavis Bryant is a deep threat on every play with his size and speed. Eli Rogers is excellent from the slot. Justin Hunter has superior speed and is also a deep threat. Rookie Juju Smith-Schuster is looking to make his mark in the NFL in his first season and is already becoming a reliable Roethlisberger target. Darrius Heyward-Bey is mainly used on special teams, but is a dependable player when called upon in the passing game.

Tight Ends- Jesse James is the starter and becoming one of Roethlisberger’s favorite targets around the endzone. Vance McDonald is a big target that can make splash plays for Roethlisberger across the middle and inside the redzone. Xavier Grimble is also a nice option for Ben inside the 10 yard line.

Defense- The Steeler defense is primed for an awakening in 2017. On the 3-4 defensive line, it’s Cam Heyward, Javon Hargrave, and Stephon Tuitt. Daniel McCullers will rotate with Hargrave. Should Tuitt or Heyward go down, Tyson Alualu or L.T. Walton would step in.

At linebacker, rookie TJ Watt starts at OLB, with Ryan Shazier and Vince Williams in the middle. Bud Dupree stands opposite of Watt. Both can get at the quarterback and disrupt the opposing team’s passing game. Shazier is a stud in the middle and his speed makes him a nightmare for any QB who makes a mistake across the middle. Don’t count out James Harrison, who will rotate in to spell Watt or Dupree. Anthony Chickillo will also step in for injuries to Watt or Dupree on the outside and is making a name for himself every time he steps on the field.

The secondary has been revamped with the addition of Joe Haden at corner. He won’t have to guard the opposing team’s #1 wide receiver on every down, as that job falls to Artie Burns. Mike Mitchell lines up at free safety, with JJ Wilcox backing him up if injured. Sean Davis is getting better by the game at strong safety. Mike Hilton and Will Gay will be in at slot corner positions when called upon.

A look at the Tennessee Titans!

Quarterback- Marcus Mariotta has a nice arm and can run when needed.

Running Backs- DeMarco Murray is the lead back, but Derrick Henry is just as good. Murray is a threat out of the backfield.

Tight Ends- Delaney Walker is the top guy in the Titan’s passing attack… at least in receptions.

Defense- Tough against the run, but can be torched in the secondary… if Pittsburgh’s passing attack ever awakens.