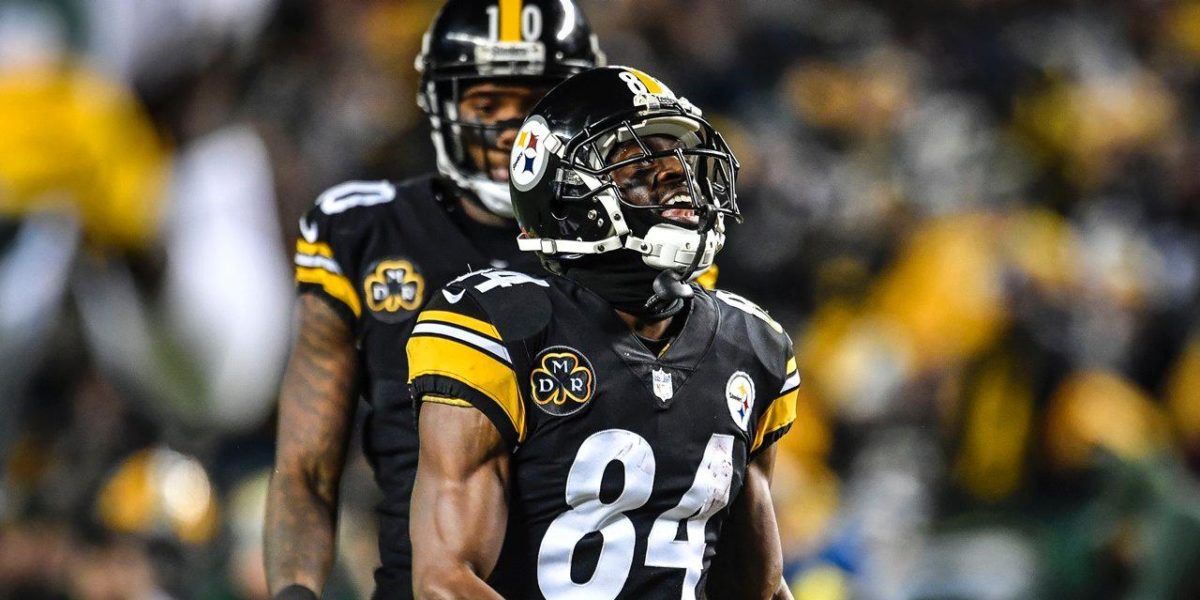 Steelers Week 12 Winners and Losers vs. the Packers

The Steelers kept us on the edge of our seats Sunday night as they defeated the Packers 31-28 with a 53-yard Bowsell field goal as time expired. Though it brings their win total to 9 on the season, it wasn’t as pretty as last weeks pounding on the Titans.

Here are my winners and losers from week 12 against the Green Bay Packers:

It wasn’t the prettiest game from Ben, as he turned the ball over twice. However, Ben did everything he needed to do to win this game. He moved the ball down the field well and was brilliant in the red zone this game. Ben now has 8 touchdowns and 2 interceptions over the past two weeks, and is starting to catch fire, albiet against inferior competition.

AB is AB. What else can be said? Despite seeing double teams for almost the entire game, Brown was still dominant. On just 12 targets, Brown was able to compile 169 yards and 2 touchdowns. His sideline catch at the end of the game put Boswell in position to drill the game-winning field goal. There is just no stopping Antonio Brown.

Le’Veon had a solid outing against the Packers. Bell was efficient with a heavy workload (20 carries and 12 receptions) – tallying 183 scrimmage yards and running for 4.8 yards per touch. Though Bell hasn’t been as dominant on the ground this year, he proved his value once again as one of the best running/blocking/receiving backs in the league. Bell did have costly fumble, but made up for it with a solid performance in this one.

Martavis wasn’t perfect in this game, but he’s starting to trend in the right direction. He had a drop on a slant early in the game but scored a much needed touchdown for the Steelers. He finished with a respectable line of 40 yards and a touchdown on just 6 targets.

Offensive lineman often get lost in the shuffle, but it was hard to keep my eyes off DeCastro during run plays against the Packers. He was utterly dominant and should be on his way to a second All-Pro title this year.

I love Mike Hilton. He is silky smooth in coverage and ferocious against the run. Hilton is the most consistent (and probably the best) player in the Steelers secondary. Despite his small frame, Hilton is extremely versatile and showed his blitzing ability as he recorded 1.5 tackles for a loss against the Packers.

T.J. Watt was one of the few defensive players who showed up to play this game. He made a couple of key plays – including sacking Brett Hundley and deflecting a pass while covering Jordy Nelson (both on third downs).

The Steelers red zone offense was as good against the Packers as it has been as season. They converted four trips for touchdowns and were nearly perfect in this game. In a contest where the Steelers were minus three in the turnover department, red zone efficiency was key.

Artie Burns had yet another rough game, this time against Brett Hundley and the Packers. He gave up another huge touchdown pass and was horrible against the run. Burns needs to put things together before they face the Bengals on the road next week.

Sensabaugh was equally as bad on the other side this game. After recording a huge interception last week, Joe Haden‘s replacement was caught peeking and was torched for a 55-yard touchdown to Davante Adams.

The Steelers defense looked soft and lazy this game. Though the players deserve a large portion of the blame, there has to be another reason these guys are so sluggish against bad teams. The Steelers gave up far too many points to a bad opponent, and they were just seconds away from a loss.

Rogers played a terrible game against the Packers. The former starting slot receiver was asked to help ease the loss of JuJu Smith-Schuster this week. Instead, he managed just 3 catches for 21 yards on 7 targets and 2 big drops.

I hate to use the word ‘bust’, but Dupree is just not living up to expectations as a former first round selection. Though he was involved in a few stops around the line of scrimmage, he was nonexistent as a pass rusher yet again. Dupree needs to find a way to get after the quarterback soon, or the Steelers may elect to forgo his 5th year option.