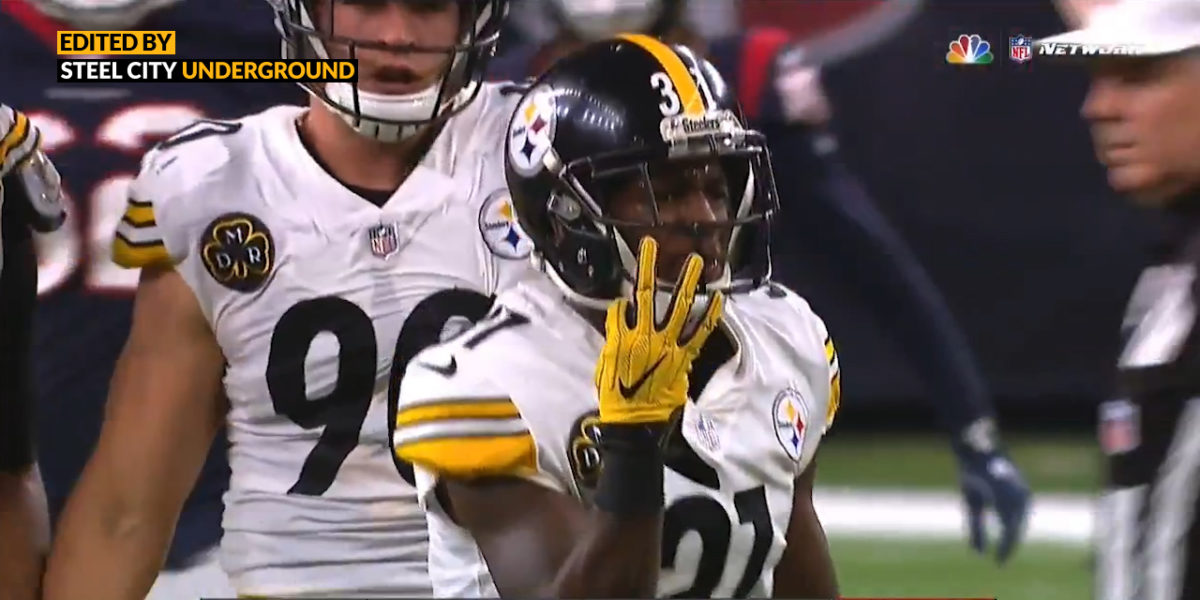 The staff here at Steel City Underground were always high on Mike Hilton coming into this season and boy did he make all of us proud during the holidays.

A chess piece in Keith Butler‘s revamped defensive schemes, Hilton’s slot cornerback role is one of the most frequently used when the Steelers send a blitz. Hilton would be sent early and often on Christmas Day, racking up three sacks in the game.

Only two other Steelers defensive backs have ever accomplished the same feat: Carnell Lake and Troy Polamalu.

That’s great company to be with if you also take into consideration Hilton being named Week 16’s AFC Defensive Player of the Week.

Mike Hilton is the 1st Steelers defensive back to be named Defensive Player of the Week since Troy Polamalu in 2013 pic.twitter.com/h7X0MDbgIN

Let’s celebrate by watching all three of Mike Hilton’s sacks against the Texans.

It doesn’t look like much, but every great story has a beginning!

Hilton flies in from the top of the screen (by the “0” on the 20 yard marker) and gets the sack.

Houston was trying to get something going before halftime, but this Steeler had different plans.

Hilton forces a fumble on this play as well!

The Texans also tried to get some offense established when they received the ball to start the second half. Following this sack, their drive would be 8 plays and chew 5:44 off of the clock.

Unfortunately for Houston, the same drive would only net 16 yards as Hilton shuts them down on third down, forcing a punt on the next play.