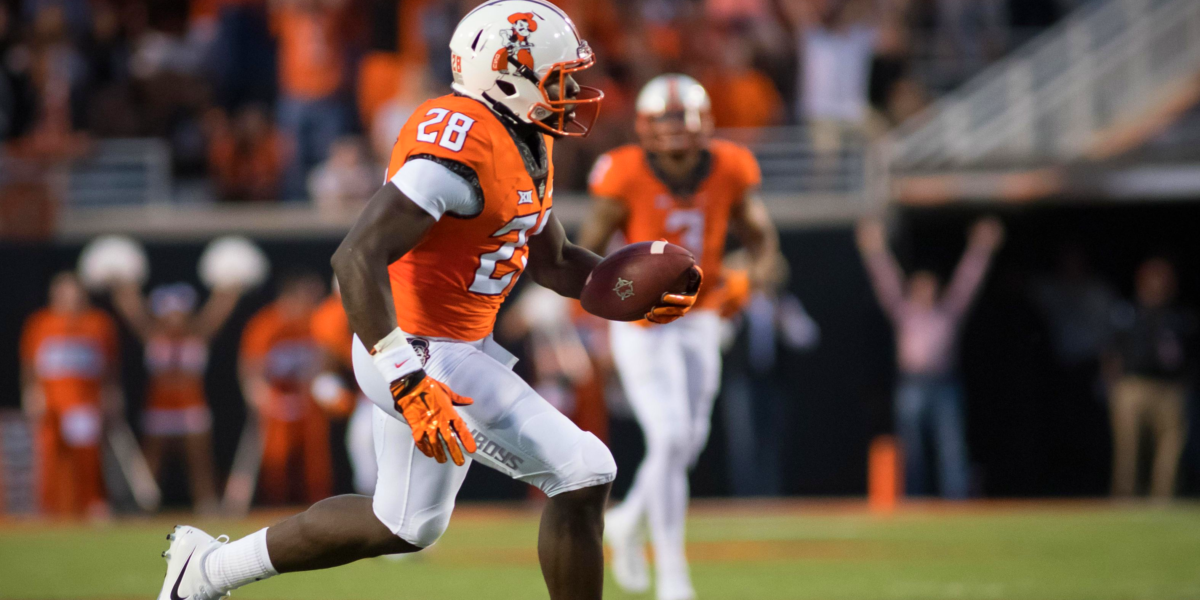 With the 60th pick in the 2018 NFL draft, the Pittsburgh Steelers selected wide receiver James Washington from Oklahoma State.

If you’ve been following the Steelers closely throughout the draft, this pick shouldn’t come as a surprise to you. The Steelers showed a lot of interest in Washington, meeting with him at the NFL Combine and hosting him as a local visit to the team’s facility. Once Martavis Bryant was traded on the night of the first round of the Draft (Raiders) for an extra pick in 2018, Washington was an obvious target in the second round.

Washington’s role in Pittsburgh will be a familiar one – deep threat. Despite not having elite height or speed, he has a knack for getting open deep. He finished the 2017 season with an average of 20.9 yards per reception. And unlike recent deep threats like Bryant and Sammie Coates, you won’t see Washington dropping gimme balls very frequently. He’s much more polished than either of those guys were upon being drafted. Washington and Ben Roethlisberger are going to get along just fine.

Given the Steelers’ draft needs, this is a perfect pick. We’ve seen the team’s ability to develop wide receivers – most recently with JuJu Smith-Schuster. Washington is primed to be the next draft steal the team turns into a star.