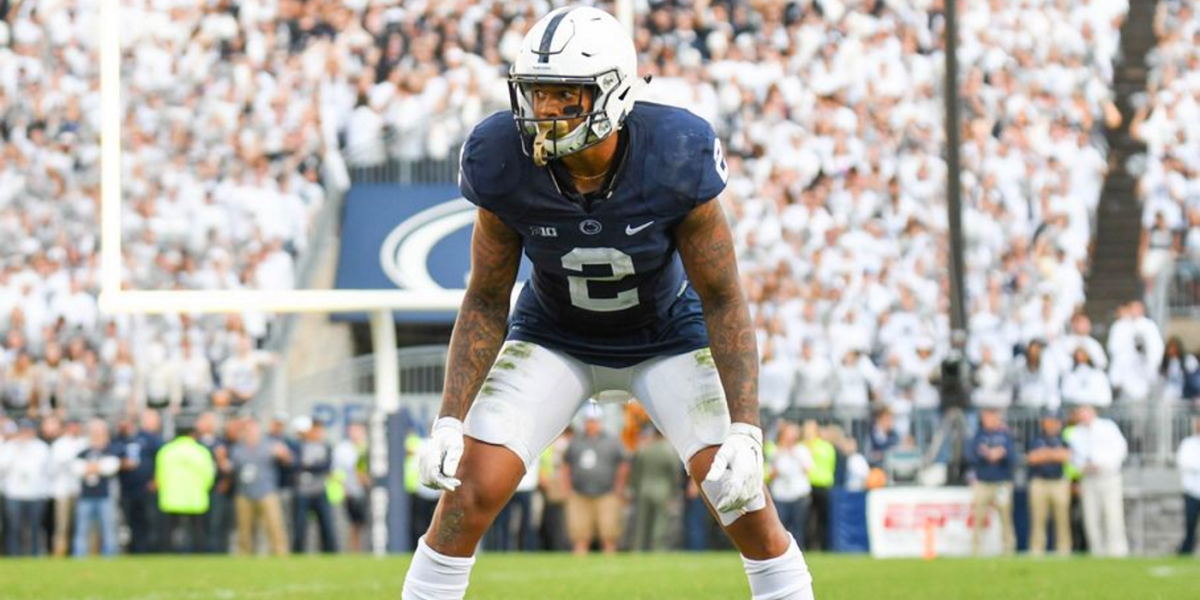 The Pittsburgh Steelers were expected to take a double-dip at the safety position, and with the 11th pick in the fifth round of the 2018 NFL Draft, they selected Marcus Allen of Penn State. The Steelers selected Terrell Edmunds in the first round. Allen is just the sixth Nittany Lion to reach the 300-tackle mark (career), finishing ranked fifth on Penn State’s career tackles chart with 321 stops. Allen could play a hybrid safety-linebacker position as the Steelers look to revamp their defensive look.

Allen, the godson of Hall of Fame running back Curtis Martin, turned heads as a true freshman, playing in all 13 games with the Nittany Lions. In 2016, coaches named Allen a third-team all-conference selection after they recognized he appeared to make plays all over the field and had a consistent presence around the ball, making tackles. Allen was the Defensive Most Valuable Player at the PlayStation Fiesta Bowl and received several accolades in 2017, including first-team All-Big Ten (Associated Press and Phil Steele), was a finalist for the Jim Thorpe Award and a quarterfinalist for the Lott IMPACT Trophy (named Lott IMPACT Trophy Player of the Week on Sept. 12).

Allen became respected for his ability to punish opponents with good size (6’2″, 215 lbs) in a linebacker-type run-stop position and showed good control and a no-fear level of aggressiveness. While his open-field speed isn’t exceptional, Allen worked with receiver Daesean Hamilton to improve his ability to read patterns and makes the effort to stay deeper in single-high coverage. Where he fits the best with the Steelers is in his ability to match up with tight ends, especially in space – a nice quality in the modern NFL where tight end utilization has become hybridized, to a point, as well. His best work is often around the line of scrimmage.

The Steelers signed safety Morgan Burnett during free agency (replacing Mike Mitchell) and have third-year starter Sean Davis moving in the right direction. Pittsburgh appeared to be looking for safety additions that could do the work of both safety and linebacker – they’ve got Allen and Edmunds to mold into that type of player available to them now.