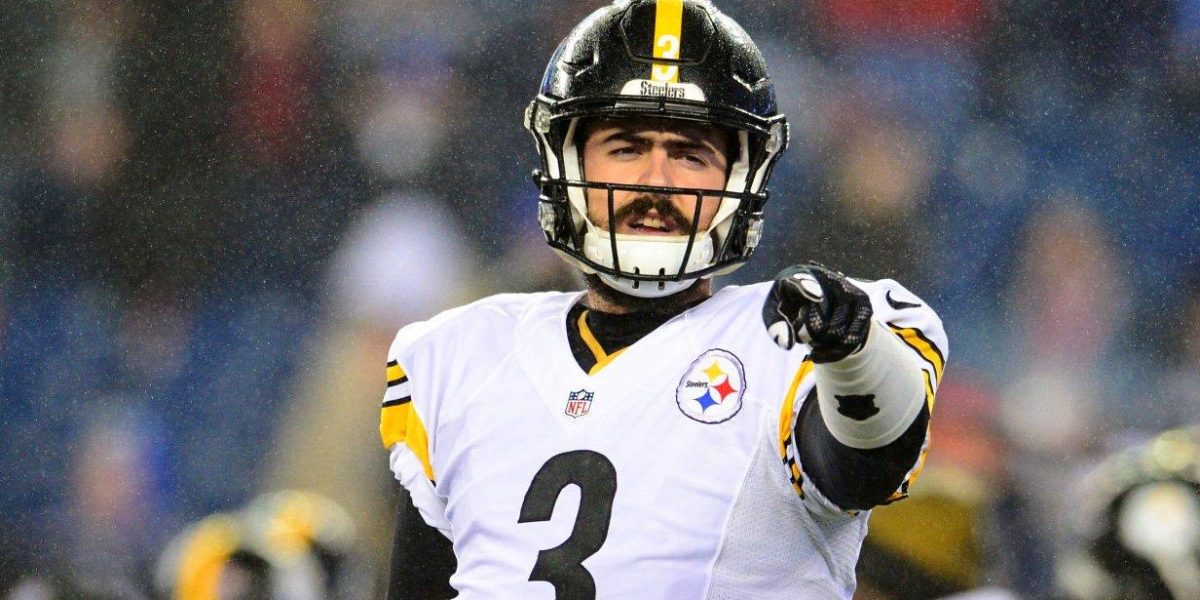 With the arrival of Oklahoma State quarterback Mason Rudolph, one fact has become overwhelmingly obvious: the Steelers now have more quarterbacks than what will likely remain on the 2018 roster.

Pittsburgh shocked Steelers Nation Friday night by taking Rudolph, the sixth quarterback selected in the 2018 NFL Draft, with their third-round pick. There was speculation the Steelers liked Rudolph, but many were skeptical as to whether or not the team would actually pull the trigger on adding someone else to their quarterback room this season. That’s because they used a fourth-round draft selection on Joshua Dobbs last season and also received a pledge from current franchise quarterback Ben Roethlisberger, stating he would play for “at least” two or three more seasons.

However, with Roethlisberger’s previous talk of retirement, sooner, rather than later, made Rudolph a draft target. Rudolph’s arrival could signal the future at the quarterback position for the Steelers, but it likely means the end for at least one of the two others playing the position for Pittsburgh: Landry Jones and Joshua Dobbs.

Those of you familiar with my personal antics know I’m a staunch Jones defender. Sometimes I do it to troll our high critical fanbase (who have a somewhat unjustified passion for hating Jones) and other times I do it, because, well, he really doesn’t deserve the flak thrown in his direction. Jones is looking down the barrel of the final year of his contract signed last offseason, which means the team could part ways with him easily. Yet, I’d argue that the team may instead choose to release Joshua Dobbs in the near future.

Here are a few reasons why.

First, Jones has starting experience. Say what you will, but when comparing his win/loss record, completion percentage, and touchdown passes with other backups around the league, he isn’t nearly half as bad as other backups in the NFL. In fact, he trends toward the upper half and nearly the upper third of players at the position.

When you consider Jimmy Garropolo had fewer starts in New England (and about half of the stats) as Jones, it becomes apparent that starting experience will be a determining factor in whether Jones stays or goes. It’s not as if his starting time has been a black eye, and in fact, he’s twice beaten Cleveland at the end of the past two regular seasons while the starters got some much-needed rest.

Therefore I’m not certain it would be a good idea to send Landry packing. Do so leaves only Dobbs and Rudolph, each with no NFL snaps. as Big Ben’s backups. That’s important, because a main criticism in finding Ben’s heir apparent is that Roethlisberger has taken a beating over his career. The current Steelers quarterback tends to miss a game here or there. Last season he was healthy, but the year prior he had a knee injury in which he was lucky to return as quickly as he did. That was sandwiched between a bye week and a home loss to New England where Jones nearly pulled off the upset.

But Jones wasn’t always thought of with such confidence. Personally, even I wanted him gone after stinking up several preseasons before the lightbulb went off. The team obviously felt the same way, hanging onto backup Bruce Gradkowski and then signing Michael Vick when Gradkowski ended up injured. In a roundabout way, that creates a situation where Jones stays: the organization wasn’t comfortable with a quarterback who didn’t have enough playing experience at the time (Jones) and went out and found a veteran to play instead (Vick).

Honestly, the only reason Jones stuck around is because Vick got hurt. Jones came in midway through a game against the Arizona Cardinals, where the offense struggled to move the ball behind Vick, but went out and put up 13 points in a come from behind victory.

Jones hasn’t always looked pretty, however, and no one will make the argument that he should be Roethlisberger’s successor. However, he’s a capable backup with starting experience versus the other options available. Obviously, Rudolph won’t be headed anywhere but the bench, which may make Josh Dobbs the odd man out.

Dobbs shined at times during the 2017 preseason. In his first preseason game last season against the Giants, including a 28-yard touchdown pass. He would finish the game 8-of-15 for 100 yards, one touchdown and two interceptions for a 56.9 QB rating.

One week later, Dobbs would again complete nearly half of his passes (52.6%) but this time only throw for 70 yards with a pick and a 39.4 QB rating. Ben and Landry would finally play in the week three “dress rehearsal”) before Dobbs got to attempt only seven passes (completing four of them).

His best showing was in week four against the Panthers, where he would connect with Justin Hunter on a 58-yard touchdown strike, then run for the game-winning score with seconds remaining in the game.

The up-and-down progress shows promise, but much like Landry Jones left much to be desired on a small body of work against a group of NFL hopefuls playing exhibition games. The question now is, do the Steelers continue to develop Dobbs? If that answer is yes, how do they move forward? Do they roster four quarterbacks (highly unlikely), risk not having a seasoned backup by letting Jones go, or gamble by trying to stash Dobbs on their practice squad?

Based on the Steelers reluctance to play Jones in the past, hanging onto Gradkowski and then adding Vick, my gut feeling is the latter is the best case scenario for the team. With practice squad rules modified back in 2016, the never game day active Dobbs is practice squad eligible. If they go that route they risk another team poaching one of their backup passers, but that may be a risk they’re willing to take, rather than go forward with having to start Dobbs or Rudolph in a worst case scenario where Roethlisberger can’t play.

That may sound like blasphemy for the Landry Jones haters out there, but don’t forget that the team sees way more than we do in their private practice sessions. That means they know what type of players Jones and Dobbs are, and they’ll have an informed opinion of Rudolph’s progress by the time this decision will have to be made.

The one positive takeaway from all of this? Having a crowded quarterback room is a good problem to have. It also means that the upcoming camp competition likely rests on Rudolph’s progress. If Rudolph is the “real deal”, Jones is expendable. If Rudolph needs time to develop, Dobbs is the odd man out.

This upcoming offseason should be a fun one to watch!