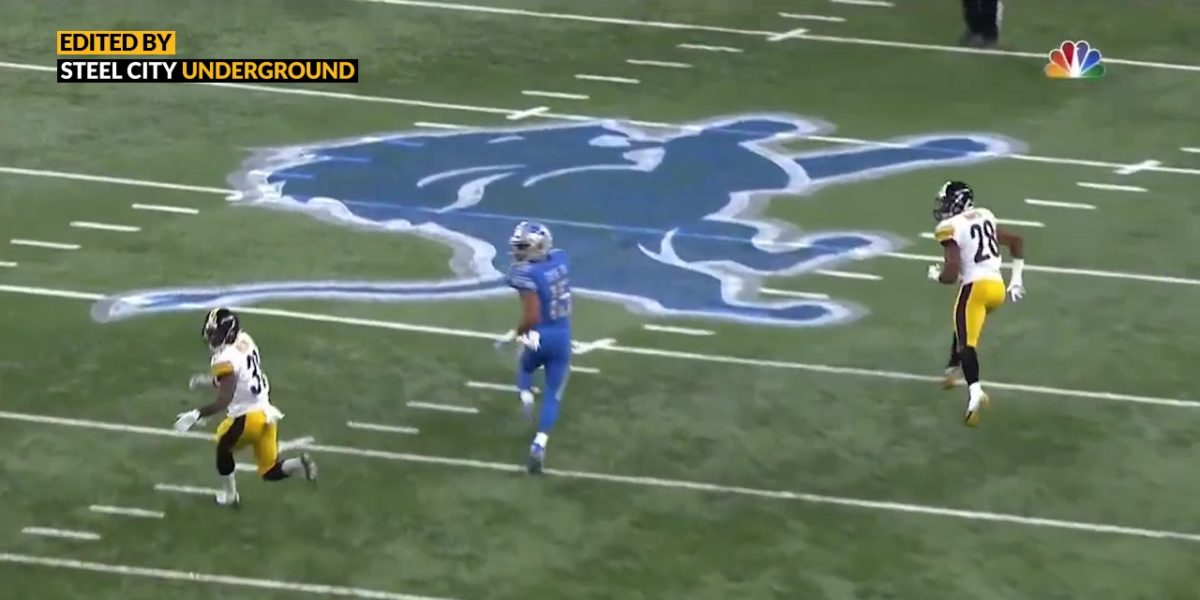 Were the Steelers contenders or pretenders?

That’s what folks wanted to know as the 5-2 Steelers hit the road for a primetime game in the Motor City right before their bye week. Pittsburgh shocked the world two weeks prior by defeating the 5-0 Kansas City Chiefs on the road, but would they be able to win in Detroit?

Often considered a “poor” road team under Mike Tomlin, the Steelers had already dropped a disappointing overtime loss to the Chicago Bears a month earlier. That game and a drubbing by the Jacksonville Jaguars at home made even the most optimistic fans skeptics as the team faced the Lions.

True to form the Steelers didn’t disappoint, keeping the game close to the vest all the way to the end in what was a nailbiter for Steelers Nation. With all of their timeouts and the two-minute warning following this 3rd-and-5 from the Pittsburgh 6-yard line, the game was practically in Detroit’s favor to take the lead.

But Steelers CB Mike Hilton had other plans.

Lined up on Lions WR Golden Tate, Hilton is covering the inside or “slot” position receiver. Tate streaks forward but Hilton’s football awareness creates a big play for Pittsburgh, as he changes direction and finds Lions RB Theo Riddick, who was given the ball rather than Matthew Stafford passing it.

Javon Hargrave puts on the finishing touches as Riddick loses two yards and places the Lions in a desperation 4th-and-7.

Ryan Shazier would break up the next play, and the Steelers would take over on downs, en route to killing the clock for their third-straight victory, a 20-15 win and 6-2 record heading into the bye week.