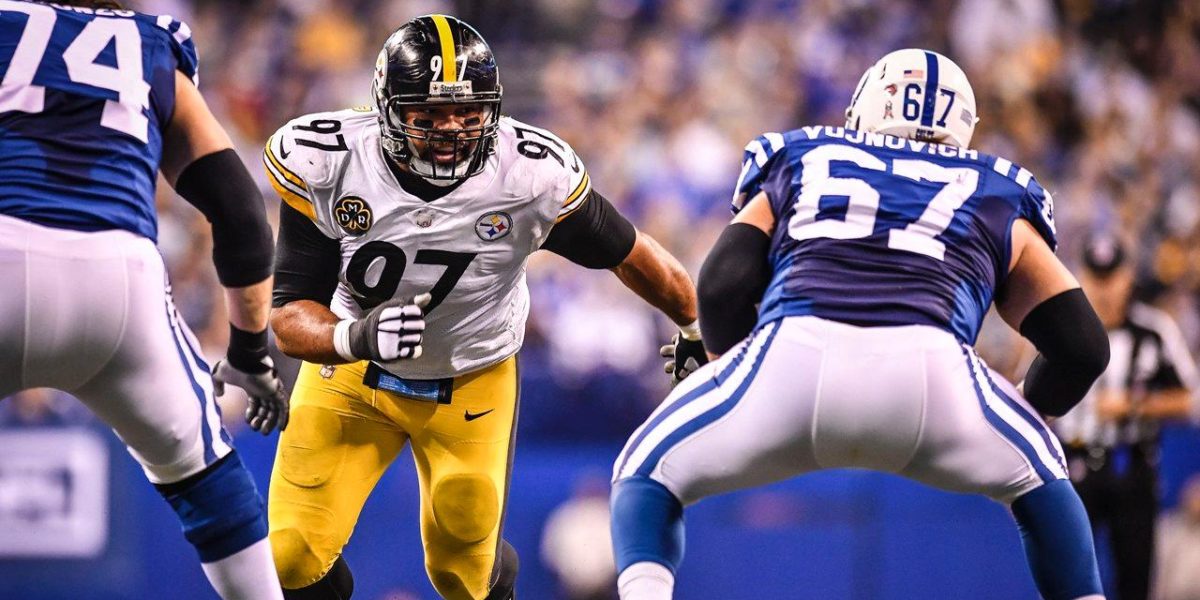 I’ve admittedly given up on trying to figure out how the NFL Top 100 players list works.

Internally we’ve had some debates on which Steelers may be named to the list, and even how they end up there.

For example, I was always under the impression that the list was voted on by the players as a projection for their upcoming 2018 season. Then we discussed how some players missed their previous season but still were highly rated. J.J. Watt is someone who comes to mind, as he was recently rated high on the list despite missing a lot of games.

Surely this list can’t be about 2017 production if players didn’t play much in 2017, but then again, why aren’t rookies on the list if it’s about the upcoming season? Players such as Baker Mayfield or Saquon Barkley would have to have their name on it right?

Well, I’m here to tell you that three Steelers, the first from the team to be named to the 2018 edition, were revealed on last night’s NFL Network broadcast. One of those players, Ryan Shazier, was previously announced as not playing the 2018 season and was recently placed on injured reserve. (Seriously, I give up trying to figure out how this works!)

Now, don’t take my words out of context here: a healthy Shazier is more than deserving of the honor. But if the linebacker isn’t planning on playing at all in 2018, how can he be one of the “top” players of the “2018” (emphasis on that year) season?!

Now that my rant about the list, which may or may not be voted on by the players at all, is over, it’s due time that two other deserving Steelers were mentioned as being among the best in the league: Cam Heyward and David DeCastro.

Each Steeler has quietly become an elite player at their position. Heyward returned from an early exit in his 2016 season to lead Pittsburgh in sacks in 2017.

DeCastro has long been considered one of the best guards in the league, and while there are no stats that specifically outline his performance, there are stats he’s responsible for (such as Le’Veon Bell‘s rushing yards or the low amount of times his quarterback Ben Roethlisberger has been hit) which point out how good DeCastro is.

With some guesswork out of the way, these three Steelers indicate that fewer may be announced in the coming weeks. Future announcements will whittle the list down to the top ten before the number one overall “top player” is revealed.

Among those who should still pop up on the upcoming shows include the aforementioned Bell and Big Ben, as well as Antonio Brown. I don’t believe that any other Steelers will see their name as this week’s edition announced numbers 50-41.

Shazier actually topped Heyward this week, with the recovering linebacker entering the list at 47 to Heyward’s 48.

DeCastro showed up a few spots later at 44.

With such subjective lists, I’m fine with where they are named. Heck, I didn’t even consider Shazier, based upon my panning of the “selection process” mentioned above, so I’m happy he’s still thought of so highly.

Heyward, as a defensive end in a 3-4 scheme, usually doesn’t get the recognition he deserves, while DeCastro plays a thankless position in the eyes the casual fan who doesn’t quite understand the fruits of his labor. Therefore seeing both Steelers enter in the top half of the list, no matter how subjective it is, is still enough to make me happy and perhaps give some fans trash talk fodder during the slow weeks of the offseason.