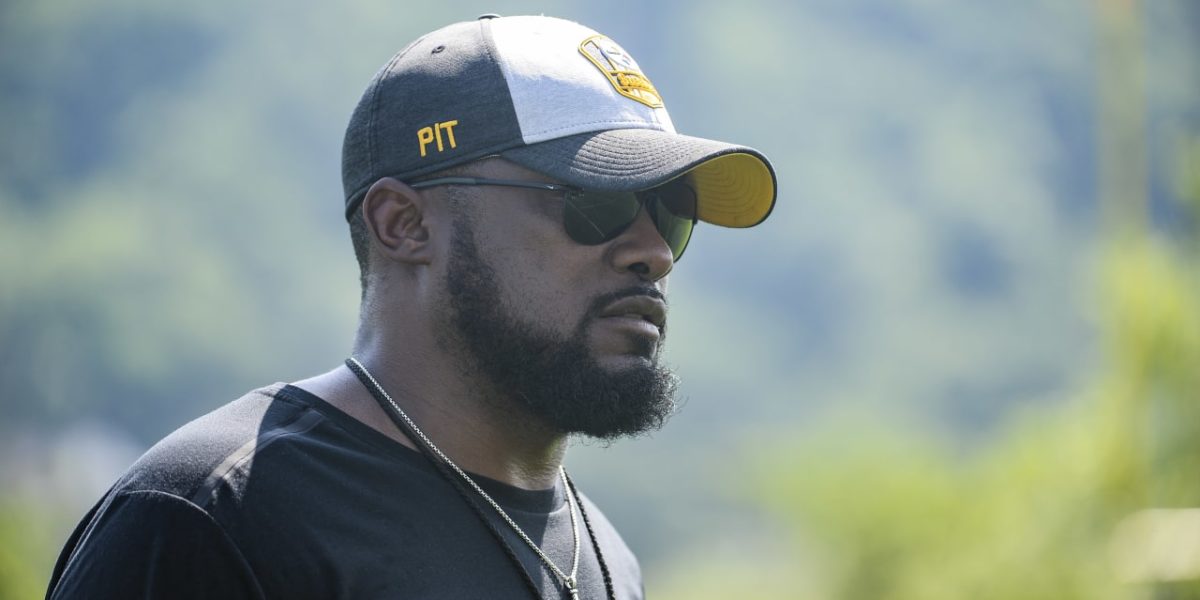 Which AFC North coach is on the hottest “hot seat”?

While quarterbacks appear to be all the rage in the AFC North this offseason (with each team selecting one in the NFL Draft) there’s one other position within a franchise’s organization that a team’s signal-caller is most closely tied to: the head coach.

After careful review, I noticed that several of the head coaches within the Steelers division all share something in common. That got me thinking: which of these coaches are on the hot seat?

Well, the truth is that in today’s NFL, any coach at any time can be on the proverbial hot seat. That is, they could be fired at any time (which we’ve seen happen midseason in many cases).

Therefore the real question to answer is as follows: who’s hot seat is the hottest heading into the 2018 season?

Let’s explore the four AFC North leaders and see which of the quartet could be the most expendable.

As much as some Steelers fans like to gripe about the team’s current head coach, the fact is Mike Tomlin is in no immediate danger of going anywhere. The organization doesn’t like to change coaches often, retaining a total of three head coaches total since 1969.

Couple that with only one other current head coach (New England Patriots coach Bill Belichick) being more successful than Tomlin, and then you realize that the only way Tomlin would ever be ousted is if his teams were to continue being disappointments.

Yet, that word “disappointment” is uttered differently depending on who is saying it. Fans may be disappointed that such a talented team has failed to raise the Lombardi Trophy since Tomlin led his team there in 2008, yet, how many teams have had the success of the Steelers? Mike Tomlin, despite facing injuries and having moderately talented teams at times has found a way to never coach a losing season.

In the eyes of management, that should be considered a tremendous success in the present era of the NFL. But a case can still be made that Tomlin’s teams are underachieving. Pittsburgh has had four straight postseason appearances and won their division three of those four seasons. Yet, they haven’t appeared in a Super Bowl since the 2010 season and have a 3-5 playoff record since that loss.

Could that be enough hit to get the seat warmed up for a change in the Steel City?

I doubt it, but it will definitely be taken into consideration the moment Tomlin’s teams begin to underachieve. One losing season or perhaps another playoff embarrassment could be all it takes to explore another option.

Yes, Captain Obvious has arrived with the name most were muttering under their breath while reading the headline of this article!

How can Jackson not be on the hot seat? Most people already assumed he would be canned following a one-win season. Instead, the Cleveland Browns kept Hue on the staff. Obviously, his second season couldn’t be worse than winning a single game in 2016, right?

Well, we all know how that turned out, as the Browns completed a “perfect” season… perfect in the sense that they went 0-16, dropping Jackson’s record in Cleveland to 1-31 in two seasons.

Once former VP Sashi Brown was let go and new GM John Dorsey was hired, observers once again felt Jackson’s time had run out in Cleveland. Yet, somehow, a coach with a .188 win percentage record is still in charge of the ship.

The question which follows is “for how long?”

Dorsey has turned the organization upside down since taking over as general manager, signing free agents and fortifying the team’s talent pools with draft picks, including top overall pick and former Heisman Trophy-winning quarterback Baker Mayfield.

Even with that optimism, Jackson is sticking to veteran Tyrod Taylor as the starter. While it could be a wise decision to let Mayfield sit and learn, how much patience will Browns owner Jimmy Haslem have before pulling the plug on the Jackson experiment?

Jackson has two years left on his contract, but it’s highly unlikely he’ll be around that long. The Browns have finished dead last in the division for seven straight seasons, nine of the last ten, and all but two seasons since their last playoff appearance in 2002. At some point, they have to turn things around… and staying on the same losing path doesn’t appear to be their way out of the basement.

Removing the mediocrity of the Cleveland Browns, unfortunately, doesn’t absolve the AFC North of having mediocre teams.

Marvin Lewis, the longest-tenured head coach in the league behind only the aforementioned Bill Belichick, was all but gone from his gig as the head man in Cincinnati.

Then after a few weeks of mulling about walking away for good, Lewis was shockingly granted a two-year extension. The team even spun the news as a great move too!

The graphic downplays any number of reasons as to why Marvin Lewis isn’t as successful as the stats above would indicate. His 125 career victories are only six games more than his 119 career losses. His teams have lost all seven postseason games they’ve appeared in. And until the “Minnesota Miracle” back in January, lack of playoff victories is something Lewis’ coaching tree was also cursed with. (Current Vikings coach Mike Zimmer, who was Lewis’ DC in Cincy, is the only one of the five to win a playoff game. He has a 1-2 playoff record.)

Then there’s the legacy of the Bengals, who as a whole, have the longest playoff win drought in the league having not won a postseason game since 1990. Their five straight playoff appearances now seem like a distant memory following 6-9-1 and 7-9 records in the last two seasons.

With a loaded Steelers team destined to top the North again in 2018, and other teams emerging throughout the AFC (such as Buffalo, Jacksonville, and Tennessee) does Lewis’ Bengals have enough of what it takes to return to the playoffs and finally win a big game?

Or will Lewis be back on the hot seat in December?

Baltimore’s head coach may seem like an odd fit on a “hot seat” list, but rest assured, I didn’t list him just because I wanted to review the entire division.

The Ravens have failed to meet expectations as of late, missing the playoffs in all but one season since winning the Super Bowl in 2012. Since his teams have finished twice in the AFC North over the last two seasons and third in the other three. Oddly, they made the postseason in one of those third-place finish years, defeating the Steelers in the 2014-15 Wild Card game.

That victory is the lone bright spot for Baltimore, who has seen two 8-8 seasons, and a 5-11 2015 stinker, before rising above .500 with a 9-7 finish in 2017. That feels like Mike Tomlin territory, and especially so since John Harbaugh also has a Super Bowl win on his resume.

Yet, Harbaugh’s future as the face of the franchise could be in jeopardy. Current Ravens GM Ozzie Newsome, Harbaugh’s biggest advocate, is headed into retirement. And much like the Browns and Bengals, the Ravens share two similar storylines.

Harbaugh was immensely successful since arriving in 2008, guiding the Ravens to five-straight playoff appearances, the last of which produced their Super Bowl victory. Following a .500 season, they returned to the playoffs in 2014, but like the Bengals, the playoff run now feels as if it’s in the distant past.

The Ravens are also entering quarterback controversy territory by selecting their own Heisman-winning quarterback in this year’s draft with the selection of Louisville’s Lamar Jackson. He could supplant veteran QB Joe Flacco, who has been paired with Harbaugh since each of their beginnings.

Despite Harbaugh’s and Flacco’s success together, it could be their failures which sees both jettisoned from Baltimore. Harbaugh shares a common bond with Jackson and Lewis in that all three coaches are only signed through the 2019 season. It’s plausible that each of those teams could get wet feet and move on from their coaches if their teams fail to perform up to standard in 2018.

Therefore, Harbaugh, who is without a doubt the most successful of the three coaches, could also find himself on the proverbial hot seat. If he relinquishes his team’s position in the divisional rankings, falling behind Cincinnati and/or Cleveland could be seen as a regression: one in which Harbaugh may not survive getting axed.

2 responses to “Which AFC North coach is on the hottest “hot seat”?”