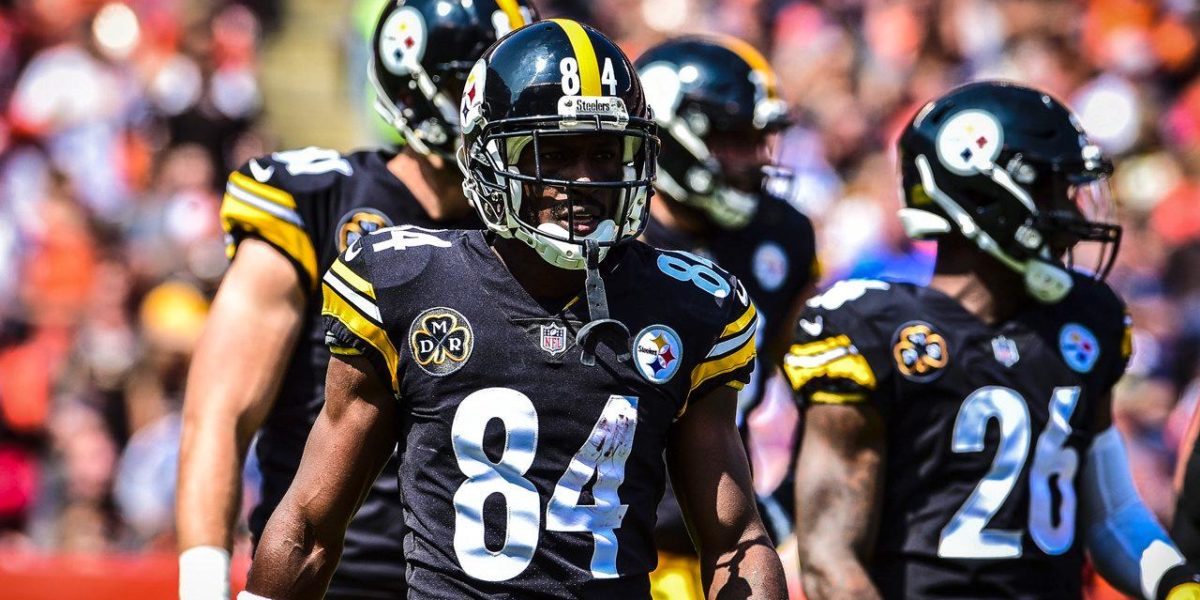 The final reveal show for the NFL Top 100 Players of 2018 aired on NFL Network last night, showcasing the top ten players in the league “as voted on by the players”.

Whether you believe that the players actually vote for their peers or not, I’d say that this year’s list may most accurately reflect the potential of several Pittsburgh Steelers, two of which were revealed as part of the top five of this year’s Top 100.

Prior to Monday’s final show, four members of the Pittsburgh Steelers were announced as part of the Top 100: QB Ben Roethlisberger (18), G David DeCastro (44), LB Ryan Shazier (47), and DE Cameron Heyward (48). Roethlisberger’s 18th ranking placed him in the top 20 for the first time since the Top 100 started several years ago. DeCastro moved up the charts from 97 in 2017, while Shazier and Heyward were not on last year’s list.

Naturally, two big names were missing from those mentioned above. Therefore, Steelers Nation anticipated the announcement of the other Killer B’s: Antonio Brown and Le’Veon Bell. The only issue with these subjective (and practically fictitious lists) is where each player would land.

A year earlier, neither Brown or Bell was the top player at their position in the rankings. However, that has changed in 2018…

This year he makes another big leap, as the highest-ranked running back on this year’s list, after having the most rushing attempts, third-most rushing yards, and rushing touchdowns, and adding 85 receptions for 655 yards (also third-most for a running back)

It’s the latter that likely put Bell one position ahead of LA Rams running back Todd Gurley, who finished sixth overall. (Cowboys RB Ezekiel Elliott fell all the way to 54th in this year’s rankings, after placing two spots ahead of Le’Veon in 2017.)

The notoriety means that Bell is considered the best player among his peers, should we believe it’s the players who vote on these rankings.

Next up? A new contract for Bell, who claimed on the following reactions show that he and the Steelers are closer than ever on reaching a new deal.

#Steelers RB Le’Veon Bell, on the @nflnetwork Top 100 Reactions Show: “We're a lot closer than we were last year at this time (on a contract). That's what I'm happy about. None of that matters if we don't get it done.” https://t.co/Gah8IGW5Jq

A year removed from not even being named the top receiver on 2017’s Top 100, Antonio Brown comes in second to only one other player on the entire list in 2018, ranking second to number one on the list, New England Patriots QB Tom Brady.

In 2017 A.B. was robbed of a higher spot when voters placed him fourth, one spot behind Atlanta Falcons WR Julio Jones. It was a pair of consecutive years ranked in the four-spot, and I had wondered if Brown had reached his virtual ceiling.

I was pleasantly surprised to see I was wrong, even with Antonio missing time at the end of last season which may have cost him a legitimate chance of having a 2,000-yard receiving season:

Antonio Brown has been ranked fourth overall for each of the last two top 100 lists, and if not for an injury which cost him a portion of the Patriots game and two additional games of the 2017 season which followed, may have done the unthinkable and attained nearly 2,000 yards receiving.

That statistic is an important one, as no player has ever finished with over 2,000 receiving yards in a single season. The current NFL record is held by “Megatron” Calvin Johnson at 1,964 yards, which he set back in 2012.

Despite the setback, Brown still topped the player who bested him on last year’s list, Julio Jones, for the league-lead in receiving yards.

And it wasn’t even close. Brown finished the year with 1,533 yards to Jones’ 1,444. What makes that number even more impressive is that Jones played an entire sixteen games!

That was likely the proponent of placing AB as high as possible on the list. In five years he’s accomplished what no receiver has ever done in the NFL in terms of receptions and yards while continuing to create records which never existed before (such as games with a reception, five receptions, 50 or more receiving yards, and several others).

While missing roughly two and a half games, Brown led the league in yards but finished fifth in receptions, 11 behind Jarvis Landry.

That’s more than worthy of being in the top ten, top five, and possibly the best overall player on the list. (Player and not “receiver”: because I don’t really care about Tom Brady!)