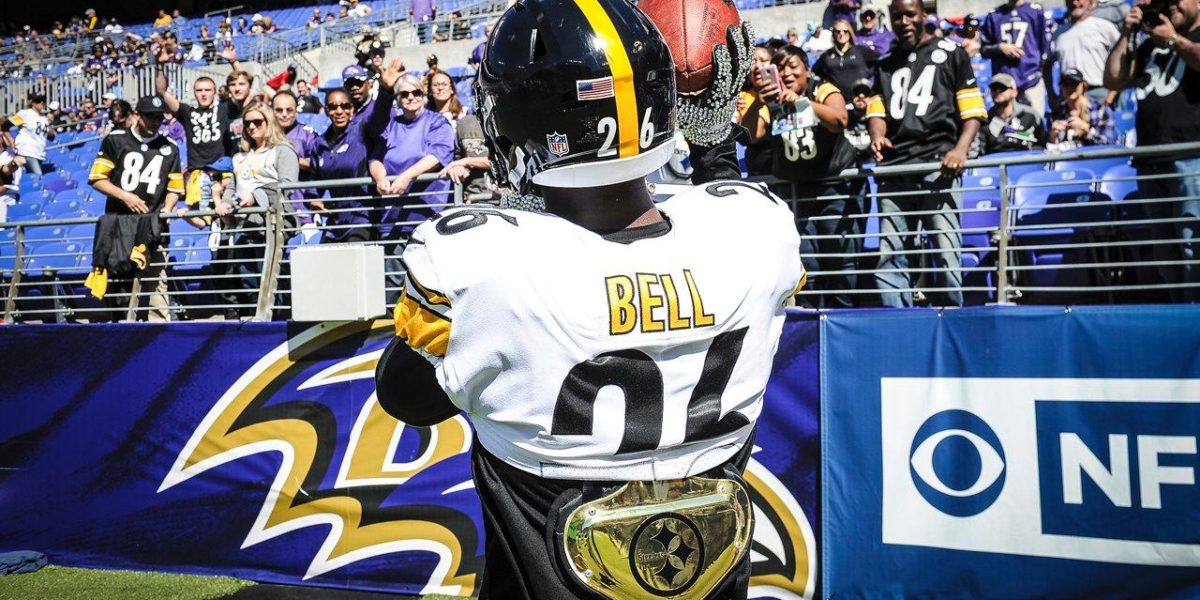 Wrong. Off-field issues are not something that only pertains to the Pittsburgh Steelers. This is something that happens on any team, no matter what level or sport.

To illustrate the various headaches other teams deal with around the league I came up with some examples of how the Steelers are not the only team which has to deal with off-the-field “problems”.

Where were Ben Roethlisberger, Le’Veon Bell, and Antonio Brown for OTAs?

First off, we know where Le’Veon was, and we’ll get to that in a minute. But disregarding that Ben and Brown were allowed to miss a voluntary camp to be with their family, here are just a few examples of other key players missing voluntary OTAs around the league: Jalen Ramsey, Mark Ingram, Odell Beckham Jr., Earl Thomas, Julio Jones, Khalil Mack, Tom Brady, and Rob Gronkowski.

Those are just a few players to miss OTAs for the 2018 season. The Killer B’s were not on the list to get the most national attention. Tom Brady and Rob Gronkowski headlined most sports articles, and they were talked about for weeks. (And still are!)

Speaking of Le’Veon Bell, he is not the only player to hold out for a better contract: Julio Jones, Khalil Mack, Earl Thomas, David Johnson, and Taylor Lewan are just a few NFL players to holdout this summer.

Not to mention, Aaron Donald is one of the biggest holdouts the NFL has seen. Last year, Donald held out until September and waited so long that he was scratched from the Rams Week 1 regular season game. Like Bell, this is another example of a player who is regarded as the best at his position. Aaron is doing the exact same thing as Le’Veon Bell. Whether or not he is asking for as much money as Bell is a different story.

However, this shows how there are other players, who are the best in the world at what they do and who would like to make more money. Many of these players deserve to be paid more money, but it just goes to show that Bell is not the first or the last player to hold out for more money.

Big Ben talking about retirement, even though it was sarcastic and taken out of context, might not have been his smartest decision when talking to the media following an AFC title game loss two seasons ago.

Yet Ben is not the only one, even recently, to talk or hint about retirement.

Rob Gronkowski, following the New England Patriots’ Super Bowl 52 loss to the Philadelphia Eagles, had some words with the media about his retirement. Gronk stated that he was “definitely going to look at his future,” after asking the media where they heard of this news.

Rob’s WWE friend, Mojo Rawley, stated “I can’t speak for him… it’s not a matter of if, it’s a matter of when.”

Back in January, Kam Chancellor posted a cryptic photo and caption on Instagram in street clothes in which he was carrying a bag with the Seahawks logo behind him as he walks away. The photo was captioned with “…….”

Take what you will from that comment, but if a Steelers player had posted that, the media would be having the same conversations as they did about Big Ben.

Then there’s Tom Brady, who was the latest player to mention retirement. In an interview with Oprah Winfrey, Brady is quoted saying:

I think about it more now than I used to. I think I’m seeing that there’s definitely an end coming, sooner rather than later.

Did any of these statements mean that either player would retire?

Not yet, but it shows that Ben’s thoughts are not the only ones roaming around in other players heads.

The Pittsburgh Steelers try and limit suspensions as best as they can, just like any other team. (Well, hopefully, if you catch my drift coming from Southwestern Ohio!)

Sometimes, suspensions are going to happen, because the organization cannot be watching their players 24/7.

We know about the Steelers recent suspensions, but if you look around the league, there are other suspensions that happen more frequently, and for “bigger” reasons.

During the 2017 season a few quality players that were suspended before and/or during the season including Vontaze Burfict, Ezekiel Elliott, Mark Ingram, Aqib Talib, Michael Crabtree, Rob Gronkowski, Mike Evans, Marshawn Lynch, and many others.

For the 2018 season, Julian Edelman, Jameis Winston, and 21 other players have already been suspended for at least one game.

Sadly, this is common throughout the league, especially in the Roger Goodell era.

This was probably not Antonio’s smartest move.

Whether right or wrong, this is not uncommon for players to get upset like this.

One of the best examples of this is when Odell Beckham Jr. was so upset, he hit his helmet against the kicking net and it knocked over and hit him.

After what Travis Kelce, of the Kansas City Chiefs, thought should have been pass interference in the end zone against the Jacksonville Jaguars in Week 9 of the 2016 season, Kelce threw his towel at a referee like he was throwing a penalty flag himself in protest.

That’s not the only time we have seen a player throw a flag that they should not have.

Marcus Peters of the Kansas City Chiefs, in a game against the New York Jets this past season, took a flag that had already been thrown by the referee and threw it into the crowd. (Why is it the Chiefs players like to throw flags back at the referees?)

Tom Brady has been frustrated many times in the past, and he likes to throw things on the sideline, multiple times… (I sense a trend with a team up in the Northeast here!)

Thankfully, the Steelers are not a team that falls under this category. However, this category gets much worse outside of Pittsburgh.

I’m not talking about fights where teams just push and shove each other, that happens every other game for every single team. I’m talking about fist fights where players take off their helmets to throw punches, jump on defenseless players who are on the ground (see that trend from that team in the Northeast?), stomp on other players, and more.

Then, there’s the cheating.

Whether or not some people think it is not something to cry over, cheating is still cheating. The Steelers are not a team who comes up in this category. (Okay, now I’m sounding like a broken record with that one team.)

Tomlin: "You put them in a competitive environment, no matter what it is, and they do what they do."

It doesn't matter if it's tackles, tickets, shooting hoops, or catching passes, our guys are competing on and off the field. pic.twitter.com/BILpxUogkN

There are a few examples I would like to leave you with to help show you that the Steelers are not the only team to have “issues” off of the field.

Remember that trip to Dave & Buster’s the Steelers made on their day off? Professional athletes are allowed a day off, and I’d rather have them having fun at Dave & Buster’s or at Pens game than getting into trouble in other places.

The Baltimore Ravens made a visit to Ocean City, a popular beach in Maryland, this offseason. Sure, they were there for charity during the day, but do you think their trip to a beach was only work and no play?

I decided to scroll through only a week or so of Twitter responses for the Baltimore Ravens in early-June just to try and prove my point a little more. Some of the responses I found were interesting and shows how there are “bad” fans everywhere.

There was a comment about the Ravens experimenting with changing their offensive line. I found responses by Ravens fans which were completely unrelated to the topic, mentioning how terrible their organization was about standing for the flag.

This is in a post about experimenting with changing their offensive line!

Another post shows Joe Flacco throwing a pass to a kid during camp… and a Ravens fan commented that he was surprised he didn’t get sacked.

To put a cherry on top, even on the official Ravens Twitter page there were still multiple times where fans commented about the Patriots and how they are cheaters, even in totally unrelated tweets!

Another social media “scandal” is when Julio Jones blocked his Twitter account from anyone not following him a few months ago. The only topic that was being talked about in the sports world was “what this stunt meant”… in the middle of the MLB season and the NBA and NHL playoffs!

Lastly, and this crosses sports, but thank goodness the Steelers do not have anything like this anywhere near their organization. As some of you may have heard recently, there was a social media scandal with the Philadelphia 76ers and their GM, Bryan Colangelo. Colangelo allegedly has five “burner” Twitter accounts, used to follow and troll players anonymously.

Later this proved to be the work of his wife. However, tweets from these accounts consisted of possible trades, attacking players in their organization, and disclosing privileged information about the team. (I’m sure glad the Steelers do not have anything like this problem!)

Could the Steelers do without a lot of the issues that the media likes to blow out of proportion?

Sure, the less noise the better.

But Pittsburgh is not the only place to have off-field issues surrounding their team. They are not alone, and these are only a handful of examples of what is going on within other organizations.

As annoying as it is to see these comments in the press, remember that the story is usually blown out of proportion and/or taken out of content. Also remember, Pittsburgh is not the only team that gets the negative media attention… or the most of it. (*Cough* I think I’ve made my point from that one specific team!)