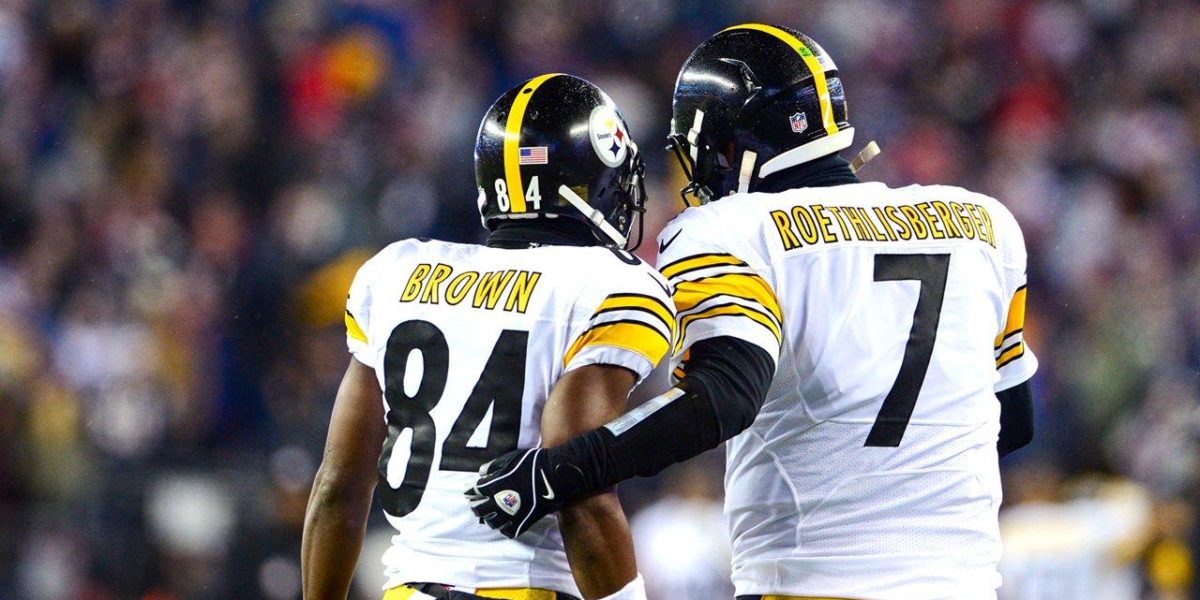 The four most iconic Steelers of the 2010’s

My iconic “Mount Rushmore” by the decade series is now coming to a close. In fact, a 2010’s list may seem a bit premature, but with only the upcoming 2018 and 2019 seasons left, eight years of this decade are already over.

It’s also highly unlikely that another player supplants any of the four names I list below.

But before we jump into the four Steelers I chose for the 2010’s all-decade list, here’s a recap of how the “iconic” series works. (Because the players have to be “iconic”!)

The keyword here is “players” but also “iconic” with reference to the time period those players played.

The 70’s were full of Hall of Famers, the 80’s were a down period, and the 90’s saw a rebirth of the franchise. The 2000’s finally brought the first Super Bowl trophies back to the Steel City since the days of “Mean” Joe Greene, but this decade began with a bang, as the Steelers made a Super Bowl appearance. Oddly, most of the names which jump off the page from that team were already named in my previous 2000’s article including Troy Polamalu, James Harrison, and Hines Ward.

As I’ve mentioned in previous iterations, there can be some overlap between decades with certain players. I did my best to focus on those players best years while keeping the list to only the top four. (It is, after all, patterned after Mount Rushmore!)

Without further ado, here are the most iconic Steelers of the 2010’s.

There’s no doubt that Roethlisberger belongs on one of these “most iconic” lists, it’s just a matter of which one.

Drafted in 2005 and having led the Steelers to two Super Bowl victories in the previous decade may make Big Ben an odd choice to have on this list, rather than the 2000’s one. However, consider that Hines Ward and Santonio Holmes were named MVPs of those games and not Roethlisberger.

Sure, they couldn’t have done it without him, but there are more reasons Ben belongs as part of the 2010’s list. Only one of his seasons in the 2000’s stands out among his best six (2009) passing years. (Roethlisberger threw for his most yards, 4,952, in 2014.) Five of his six Pro Bowl seasons have also occurred since 2010. Two of his record three 500-plus yard passing games were in this decade, as well as those six-touchdown pass performances.

Therefore, there’s no question Ben belongs in the 2010’s, along with the other Killer B’s.

But who’s to say his story isn’t still being written?

Attempts, completions, completion percentage, touchdown passes, and passer rating are among the other Steelers records owned by Big Ben. Yet, you would imagine with all of those attempts his 174 interceptions would be tops in team history, but they pale in comparison to Terry Bradshaw’s 210.

The only thing missing is another Super Bowl trophy and an eventual bronze statue in Canton.

I let the cat out of the bag by mentioning the Killer B’s above, but is there any doubt that Antonio Brown will never be forgotten by Steelers Nation?

I dare say he’s already a first-ballot Hall of Famer, having accomplished feats in which record keepers have to create new categories. He’s the only player in NFL history to have at least five receptions and a minimum of 50 yards in every game of a single NFL regular season.

In 2014 he set team records for receptions, receiving yards, and touchdowns.

In 2015 he set records for the most receptions in a two-year and a three-year span.

Last season he added another pair of dubious records, gaining the most receptions and receiving yards than any player in league history over a five-year span.

There are countless other marks that AB has reached during his career, which started at the beginning of this decade. He’s been named to six Pro Bowls, including five straight through 2017 and four-straight All-Pro selections over the same time period.

Naturally, there are other records he holds, which further validates his place among Steelers greats. The only thing missing from his accolades, thus far, is a Super Bowl ring. (Perhaps he’ll get one in the next two years to close out the decade?)

But as far as being “iconic”, Brown has seen his smile grace television commercials (Pepsi) and programs (Dancing with the Stars). He was also guilty of having too much fun on the field, often penalized for his flashy touchdown celebrations (before the league eventually relaxed the rules prior to the beginning of the 2017 season).

Without a doubt, Brown belongs on an iconic list for a decade in which he has played in entirely.

Controversial but dynamic, Bell’s record-shattering performances have all but been overshadowed by Brown’s historic stats.

Drafted in 2013, Bell has been chasing Brown’s all-time mark for yards from scrimmage, where he is currently in sixth-place all-time behind fifth-place John Stallworth and fourth-place Brown. (Franco Harris, Hines Ward, and Jerome Bettis are the top three, in that order.)

Should Bell remain with the Steelers beyond 2018, he could hold several team records. Regardless if he stays or goes, he will be remembered for twice breaking the postseason rushing records in back-to-back games, stiff-arming Bengals CB Dre Kirkpatrick multiple times, hurdling defenders, or stretching out for a game-winning touchdown as time expired in San Diego.

His off-field social media antics and aspiring rap music career nudge him into the unforgettable territory of being an icon as well. So, no matter how you feel about Bell, he completes the three “Killer B’s” that have become the stuff of Steelers legend for fans to talk about for generations.

Last season, the aforementioned Bell passed Miller’s then sixth-most yards from scrimmage mark, but the former tight end set many franchise marks at his position and at a time when the team sporadically went through receivers (not named Hines Ward) he was a fixture in the passing game.

Having retired at the conclusion of the 2015 season, Miller still remains among the organization’s career leaders in touchdowns, receptions, receiving yards, and receiving touchdowns. The names of which he holds those records over, such as Lynn Swann (yards), John Stallworth (receptions), and ranking eighth all-time in total touchdowns, solidifies his position as an all-time Steeler.

Miller also falls into the gray area of being on the 2010’s list rather than the 2000’s one. Like Roethlisberger, he was drafted in the 2000’s, selected in the first round by the Steelers in 2005. However, four of Miller’s top five receiving seasons, in both yards and receptions, came in the latter decade (as did one of his two Pro Bowl selections).

That’s how he lands on the 2010’s list, but stats alone are not responsible what makes Heath “iconic”. Appearing to be a quiet player off of the field, fans gravitated toward his blue-collar work ethic by following each of his catches at Heinz Field with a celebratory shouting of his first name:

The chant can still be heard to this day, where Steelers Nation will still scream Miller’s name when another tight end (typically Jesse James) hauls in a pass.

Whether or not that trend eventually dies off or not is yet to be seen (or heard rather). Regardless, the tough tight end owns a spot on this decade’s Mount Rushmore as one of the top four Steelers of the 2010’s.