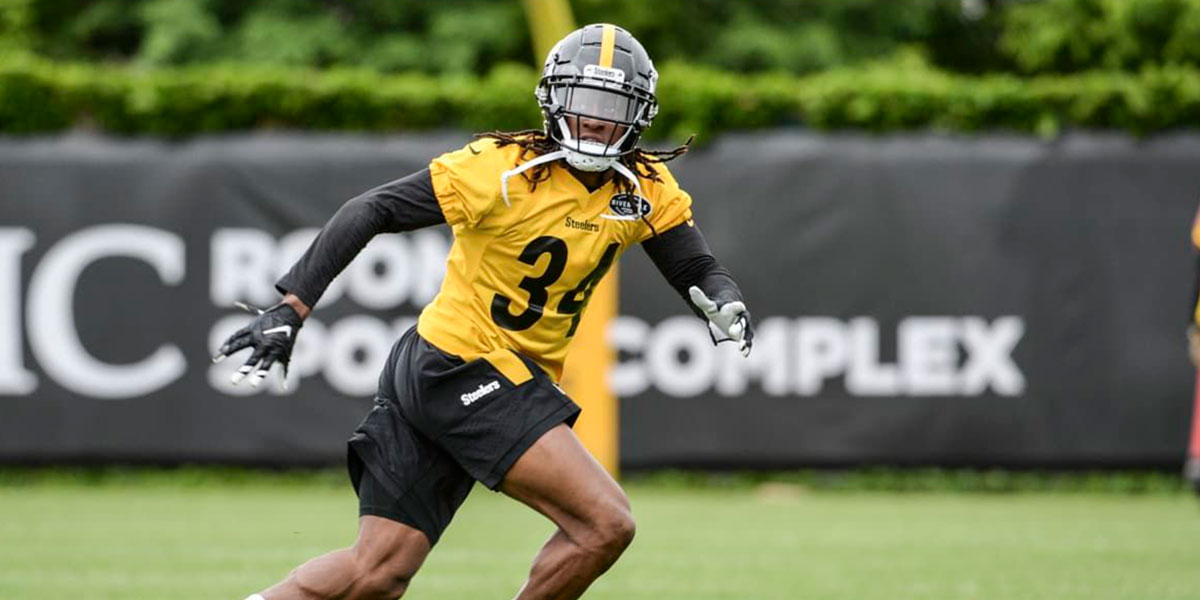 Which Steelers rookie will have the biggest impact in 2018?

Following a friendly debate on the Steel City Underground Podcast, I decided to put my words to virtual paper and discuss which of the Steelers rookies may have the biggest impact this upcoming season.

Unlike previous years, Pittsburgh’s roster is nearly locked-in with entrenched starters. There are no longer spots available for a player like a Le’Veon Bell, Stephon Tuitt, or even T.J. Watt to crack meaningful playing time, at least while looking at the depth chart here in mid-June. This year’s draft class is also unlike that of 2016, where the top three picks (Artie Burns, Sean Davis, and Javon Hargrave) all became starters on the defense.

In no way, shape, or form do I see three rookies becoming starters in 2018. Keep in mind, I’m saying this without planning for unpredictable injuries. I’m also disregarding undrafted free agents, as they’ll have a tough hill to climb to make this year’s roster. There are so few spots up for grabs for the seven players drafted, let alone making room for an additional one or two college free agents.

With that said, I still believe several rookies can have an impact on the 2018 season. Even though I don’t believe any will become full-time starters this year (barring injuries) that doesn’t mean that the organization didn’t load up on quality players who should have a bright future in the ‘Burgh.

Let’s have a look at each player and see how their role may be defined in 2018.

Edmunds figures to be the most intriguing of the draft picks, if only for being the one taken first.

And in the first round.

Many criticized the Steelers for taking the Virginia Tech safety “high” in the draft, but after looking over the entire class, there’s likely no way the team could’ve gambled on getting him in the second, let alone get Edmunds and their eventual second-round pick, James Washington.

The top two picks should see the most action, as draft pedigree would indicate. Edmunds, however, may have a tougher path to becoming a starter, at least initially. Like free agent acquisition Morgan Burnett and incumbent DB Sean Davis, Edmunds can play practically anywhere in the secondary. Depending on what sub-packages the Steelers deploy, we can see a lot of Edmunds or not see him much at all.

My gut instincts tell me that the Steelers will attempt to work all three of the aforementioned safeties into each position of free safety, strong safety, and dimebacker (i.e. a dime linebacker, utilized when six defensive backs are on the field).

The last position is the best-case scenario, as William Gay, who previously spent time in that role last season, was released. Pittsburgh has been trying to use a platoon of players to cover tight ends and running backs while also protecting against the pass. With a plethora of solid cornerbacks in their stable, an extra safety could relieve inside linebackers Vince Williams and Jon Bostic on obvious passing downs.

Ultimately, if Edmunds doesn’t win a starting role over Burnett or Davis this season, then dimebacker may be his forte. That equates to 20-25% of the defensives snaps in a game, which means he could have an impact, but may not be on the field as often enough to do so as his peers.

Washington appears to be an obvious pick until you recall how Martavis Bryant and Sammie Coates were held back as rookies.

Yes, Bryant wasn’t given a large role until about midway through his rookie season. Coates was sat out his entire first year until injuries forced him into postseason action.

However, last season we witnessed JuJu Smith-Schuster ascend to superstar status. With Bryant’s departure and the Steelers frequent use of three-receiver sets on offense, Washington will be given every opportunity to take Bryant’s snaps.

Washington has been pegged as a deep-pass threat and there’s no better deep-pass quarterback in the NFL than Ben Roethlisberger. Even with about a third or more of the snaps that the departed Bryant and or Eli Rogers vacate, we could see some fireworks from the Oklahoma State receiver over the course of the sixteen game schedule.

I’ll cut right to the chase here: if we see Rudolph have any impact in 2018, it better be because he’s playing in a meaningless Week 17 game against the Bengals. Otherwise, the Steelers could be in for a long season…

“Chuks” as he’s called may get a shot at being the Steelers swing tackle now that the player expected to fill that role, 2016 fourth-round pick Jerald Hawkins, was placed on IR following an injury during offseason workouts.

While the team signed veteran offensive lineman Bryce Harris to help shore up any depth concerns, Okorafor is the future and will be given every opportunity to take the primary backup spot behind Alejandro Villanueva and Marcus Gilbert.

With Gilbert missing time in each of the last two seasons, it could be “Chuks” who receives the most playing time of any Steelers rookie. As I’ve said in regard to injuries, I’d hope we don’t see that happen!

Allen’s opportunity to play rests on how Edmunds and some of the other cornerbacks are used. He’s more of a “box safety”, meaning he lines up behind the defensive line to give the defense an extra presence to stop the run.

As a solid and hard-hitting tackler, Allen could also be part of the dime package rotation. I’m not certain that defensive coordinator Keith Butler would pull Burnett, Davis, or Edmunds off of the field for Allen though. There’s maybe a better chance of those corners playing against the slot, Mike Hilton and Cameron Sutton, rotating out.

I shouldn’t say “better” because we haven’t seen any workouts in camp yet. The safe money bet would e Allen playing special teams and lying in wait as a reserve safety this season.

Samuels has a bottleneck of running backs in front of him on the depth chart, however, it’s his versatility to play fullback, receiver and even tight end which may get him some extra looks on the field.

Imagine being able to motion Le’Veon Bell and Samuels out, leaving Ben Roethlisberger in an empty set, with five passing options. Or picture Samuels chipping in a block in pass protection, and then releasing into the flat or even running a wheel route.

There are many ways that the NC State scoring machine could be utilized, even in red zone and goal-line situations, that makes him a much more exciting prospect than previous H-back style players the Steelers had on the roster such as Will Johnson and David Johnson.

With his knack for being able to score, I don’t see how Samuels doesn’t get at least one touchdown in 2018. I feel his snap counts won’t be dictated by Bell, rather, in line with the two Johnsons from prior seasons. Therefore, he could be on the field a handful of times and make the most of his opportunities when teams hone in on Antonio Brown, or for that matter, Le’Veon Bell.

The last of the Steelers 2018 draft picks, Frazier was a backup defensive tackle at Alabama, after an injury caused him to lose his starting spot to Da’Ron Payne (who as a first-round pick this year by the Washington Redskins).

I believe the main reason Frazier was brought on board is that his former position coach at Alabama, Karl Dunbar, is now in the same job with the Steelers. With some inside input, the team took a flyer on grabbing the massive Frazier, who registers in at 6-foot-3, 321 pounds.

His path to making the 53-man roster will be beating out veteran Daniel McCullers, who was brought back on a one-year deal this offseason. McCullers has underwhelmed in his four years with the Steelers and is far from a lock to make the final roster. If Frazier shows any promise of developing into the player McCullers wasn’t, the veteran will be let go and Frazier will assume his responsibilities on special teams and goal-line packages.

Yet, his impact may be minimal if those are his only snaps as a rookie. So don’t expect to see a lot from Frazier soon.

One response to “Which Steelers rookie will have the biggest impact in 2018?”