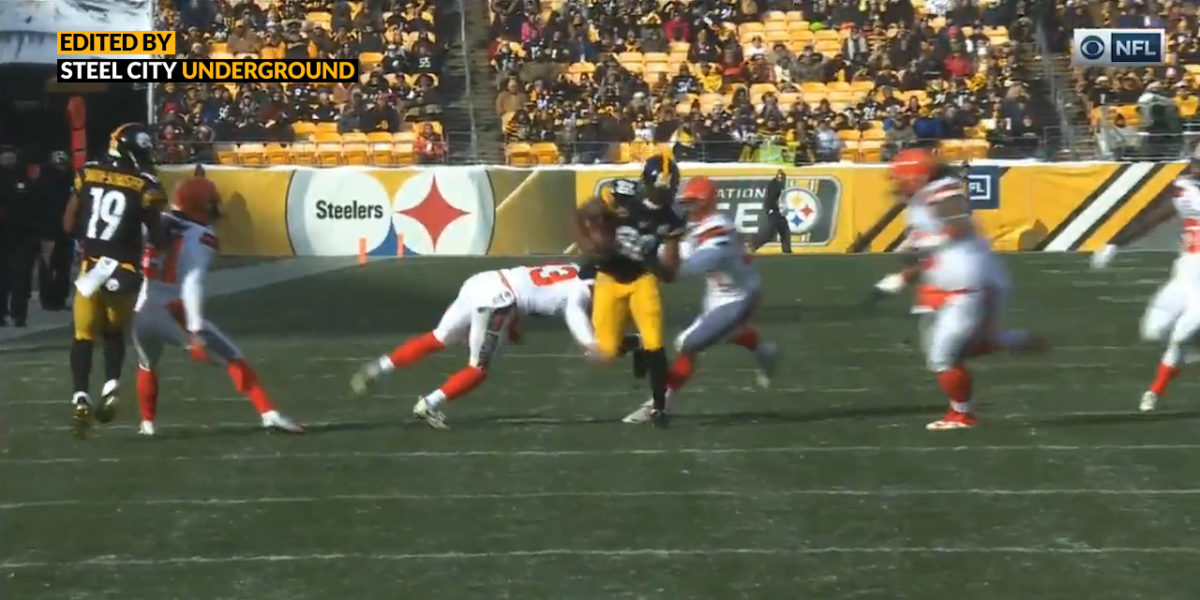 Darrius Heyward-Bey is a special teams ace who occasionally makes an appearance on the Steelers offense due to his insane speed.

By “occasionally” I do mean it: DHB played a grand total of three snaps in the Steelers Week 17 win over the Cleveland Browns, including this 29-yard rushing touchdown.

Hey-Bey shows off his jets, and breaks a bunch of tackles, en route to the end zone.

DHB now has a rushing touchdown in consecutive seasons, having torched the Miami Dolphins for a TD in 2016. His versatility as a receiver, runner, and special teams “specialist” make him a heck of a hand to have on deck as the Steelers look to secure another Super Bowl in 2018.