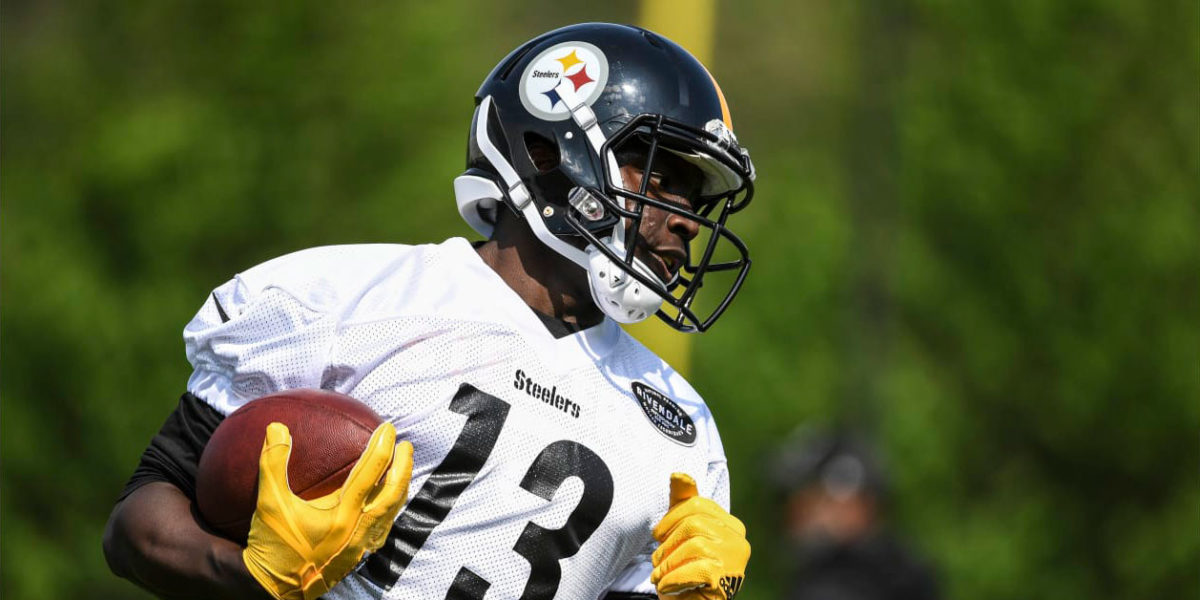 It’s the heart of the summer: that mostly uneventful period (as far as football is concerned) between the NFL Draft and the onset of training camp. With all 32 NFL teams reporting to camp by the end of the week, it’s time to reflect on offseason changes and how those will shape teams into contenders this season.

Comparing the Steelers roster from last season to its current iteration, there aren’t many major changes. Like 2017, many feel 2018 should start with a bang… at least according to the oddsmakers. BetStars, for example, has the Steelers as favorites over the Browns for the September 6th opener.

However, before we put the cart in front of the horse, let’s take a look at some of those changes the Steelers made this offseason, starting with the fresh faces reporting to camp: the Steelers 2018 draft class.

The Steelers nabbed Virginia Tech safety Terrell Edmunds in the first round with the 28th overall pick. An upside DB prospect with considerable size and speed, Edmunds has the skills to match up nicely against slot receivers and tight ends.

Covering tight ends has been a point of emphasis for the Steelers for what seems like forever, so drafting Edmunds was a priority for them. (Regardless of what some critics may say about “reaching” for him in the first round.)

Another positive about Edmunds? He’s also a powerhouse tackler against the run. (Something else the Steelers have struggled with recently.)

However, Edmunds will need some refinement to achieve his full potential for the black and gold. He occasionally loses track of the ball in coverage and tends to overruns plays. The plus side is that he has the athleticism to quickly adapt.

Since the Steelers are lacking depth at linebacker, failing to make any big free agent or draft splashes at the position, they will need to get creative on defense. Therefore, expect to see Edmunds used frequently in dime formations using a single linebacker. In those situations, Edmunds would be a third safety on the field, paired with starters Sean Davis and recent acquisition Morgan Burnett.

Selected in the 2nd round with the 60th overall pick, James Washington out of Oklahoma State provides the Steelers with even greater depth at wide receiver. In a corps led by Antonio Brown and JuJu Smith-Schuster, Washington may pose a significant deep threat, especially on vertical routes. He averaged 20.9 yards as a senior in Stillwater last year.

Washington is also comes loaded with proven success at Heinz Field where he accumulated 14 catches, 420 yards, and two touchdowns in a pair of games at Pitt during his college career.

The sixth quarterback taken in this year’s draft, the Steelers may have gotten a steal by snagging Rudolph in the third round. He was the first passer selected outside of the first round and may have had a first-round grade, not only by the Steelers but other teams.

It’s all but certain that Pittsburgh is looking to groom Rudolph as an eventual replacement for Ben Roethlisberger. There’s speculation the Steelers may carry four quarterbacks this season, so Rudolph will be gradually eased into a backup role, though that may not be in 2018.

In the meantime, Rudolph offers depth and an eagerness to be an apprentice under Roethlisberger, as he learns the Steelers playbook. He also figures to fit in nicely with the Steelers ability to throw the ball deep: Rudolph posted 9.41 yards per passing attempt over 3 plus years as a college starter.

Considering James Washington was the target of many of those passes, Rudolph could also be very comfortable

Chukwuma “Chuks” Okorafor is a 6’6”, 320-pound giant from Western Michigan. The third-round pick has impressive athleticism for his size and will be expected to man both backup tackle spots after Jerald Hawkins was placed on injured reserve this spring.

Okorafor comes in somewhat unpolished having not played football until 2010, when his family arrived in the US from Botswana. The upside is he’s malleable, giving offensive line coach Mike Munchak the opportunity to mold him into an integral fit for the playbook. (Something Munchak has been able to do with a number of bodies in his time here in Pittsburgh.)

The second safety scooped up in the draft by Pittsburgh, the Steelers pulled in Penn State’s Marcus Allen in the fifth round with the 148th overall pick. Another obvious point of emphasis, the Steelers will enter camp with at least seven safeties on the roster. Five of them are seasoned veterans while two, Edmunds and Allen, are rookies.

A more traditional hard-hitting box-style safety, Allen may see more of a role on special teams, at least initially. With Burnett and Davis expected to start, and Edmunds seeing sub-package snaps, there isn’t a lot of room for playing time up front for Allen, barring an injury to a player further up the depth chart.

However, he could be utilized as a situational player. Allen has the prototypical size to play a hybrid safety/linebacker: with the aforementioned lack of acquiring a replacement for Ryan Shazier during the offseason, we could see the Steelers defense work in some new wrinkles in 2018.

The biggest knock on Jaylen Samuels is that he doesn’t appear to fit into any defined role; that’s because his size and skills can be molded to work into many!

Simply designated as an “H” during his final season at NC State, Samuels is a touchdown-scoring machine who likely fell deep into the draft because his measurables don’t fit into that of a running back, fullback, tight end or wide receiver: all positions that the versatile player could be seen playing at during his college career.

With not-so-proven pass catchers out of the backfield such as James Conner and Stevan Ridley backing up a still unsigned Le’Veon Bell, Samuel could find himself on the field early and often depending on his acclimation to the pro game.

A touchdown-scoring machine, Samuels figures to gain the upper hand in mismatches that will occur when teams try to cover Antonio Brown, JuJu Smith-Schuster, James Washington, Vance McDonald, Jesse James and/or Le’Veon Bell. Teams will be using their fourth or fifth option on defense to cover the shifty back, who may find himself eventually assuming Bell’s pass-catching role on offense, should the Steelers move on from their franchise-tagged back in the near future.

Consider Frazier an investment in defensive line depth with a shot at playing time if he demonstrates stopping ability against the run (and wins a job over underwhelming incumbent Daniel McCullers).