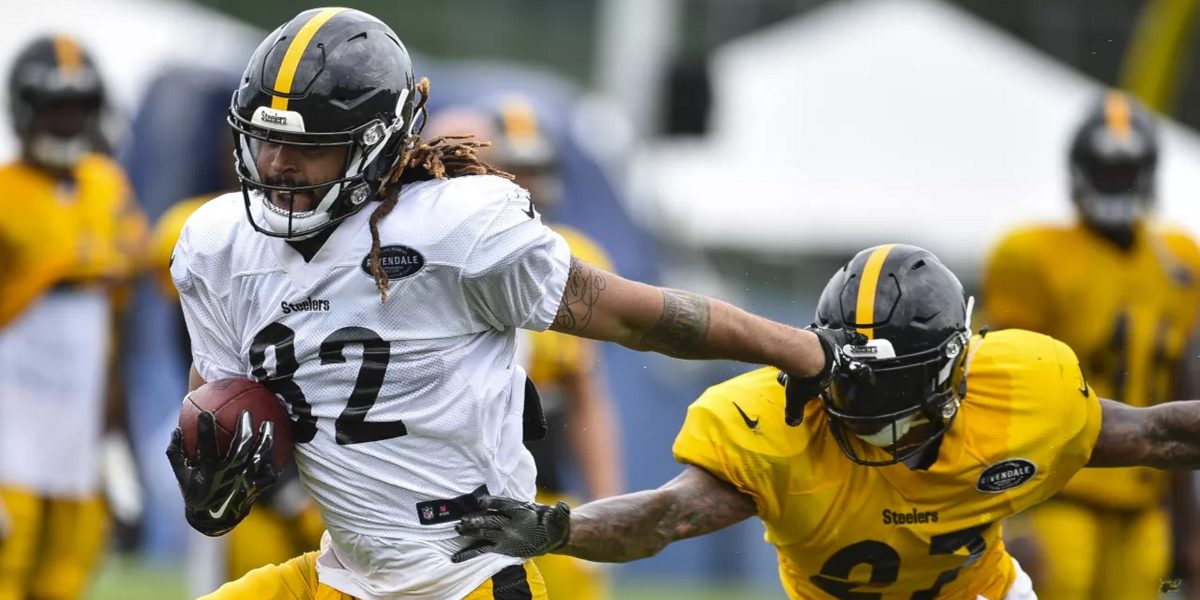 When starting Pittsburgh Steelers tight end Vance McDonald was sidelined early in training camp with a foot injury, the team knew they would need to add a body at the position. Players attempting to make a name for themselves are often filtered through teams week to week, looking for a permanent position, during this time of the NFL year, and Pittsburgh’s latest addition fits that description. However, unlike most players who are signed during this period of time, I feel like Bucky Hodges has a legitimate chance to stick around.

The Steelers aren’t exactly deep at tight end, and they have been searching for a dynamic playmaker at the position since the Weslye Saunders experience in 2011. These are just the top popular names Pittsburgh has had around:

It’s pretty evident that Pittsburgh wants someone who can add a positive wrinkle to the offense they have not seen since the days of a very young Heath Miller. In McDonald’s defense, when he’s on the field, he’s been that playmaker for the Steelers. Unfortunately, staying healthy has been a small issue for McDonald, but that’s not his fault. The current injury in question is to McDonald’s foot, and it seems like he should be fine by the regular season, if not sooner.

In the meantime, the Steelers added tight end and former Virginia Tech great Bucky Hodges in their latest efforts to find an athletic weapon at the position.

Hodges is a polarizing name and player, and he has been since declaring for the 2017 NFL Draft. The former highly-recruited high school quarterback evolved into a dangerous threat in the Hokies’ passing game over three seasons, with his best performance in 2016 (48 grabs, 691 yards, seven touchdowns). Hodges proved to be a mismatch for most defenses and has the “freak” profile going on for sure. He stands 6-feet, 6-inches and weighs in just around 250 lbs. At that size, Hodges still managed to clock a 4.57 40-yard dash and post a 39-inch vertical jump.

You can see why NFL coaches were enticed, but not enticed enough to select Hodges any higher than the 6th round of the 2017 draft, where the Minnesota Vikings took him. This came about despite the fact that “draft guru” Mel Kiper, Jr., had Hodges rated as his No. two tight end of the class, just behind then future Tampa Bay Buccaneer, O.J. Howard.

After the draft, stories of teams not being sure where to play Hodges emerged as the main reason why he slid to the 6th round. “Is he a big receiver or a small tight end?”

The thing is, in today’s passing NFL, a player with Hodges’ skill set can and should be utilized. He’s never going to be the best blocker for you, and you don’t have to use him that way. Move him around the formation, get him in space, target him in the redzone, and let him make plays for your football team. A man of his size who has athleticism and great hands can terrorize a defense if that player’s true potential is ever reached. Good teams and good coaches get the most out of their players and put them in the right situations to succeed.

The Steelers are Hodges’ fourth team since entering the NFL and 2018 may be one of his last opportunities to seize a spot on a roster.

So far so good according to Steel City Underground and GZSports’ very own Zach Metkler – with eyes on the ground at Steelers training camp this year. Zach has had the following to say about Hodges since the tight end arrived in Pittsburgh:

Bucky Hodges has wasted no time working into the offense. Lines up in the slot, gets pressed by Marcus Allen, comes down with a contested pass in the endzone. It's those types of plays that had teams excited about the 6'6" 260 lb athletic TE during the 2017 NFL Draft.

One of the biggest knocks on newly-acquired TE Bucky Hodges has been his blocking. In backs-on-backers, he has been more than holding his own against pass rushers. Solid pop, good leverage, nice hand placement, active feet. Very impressive.

I’ve been known to get a little too excited a little too early on new guys the Steelers bring to town. But Hodges has all the tools to carve himself out a role in Pittsburgh’s offense. At the least, his should be a name you look for to be signed to the practice squad at the conclusion of the preseason.