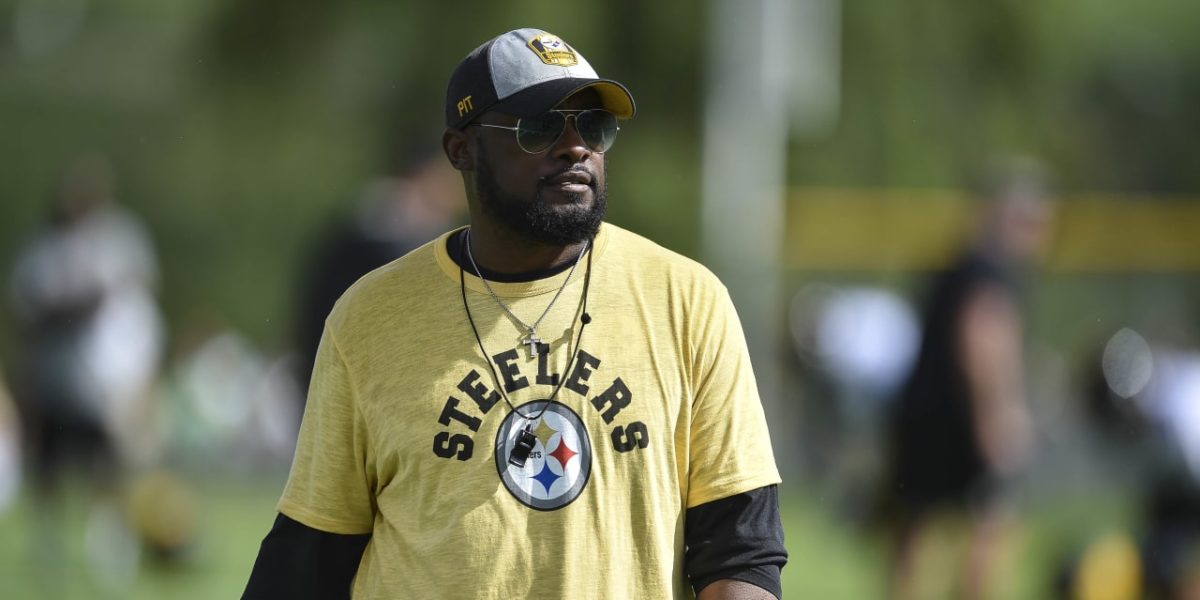 Pittsburgh Steelers head coach Mike Tomlin held a press conference prior to Thursday’s preseason game against Carolina. Here’s a look at the coach’s comments about the event.

Good afternoon. Big week for us. A culmination of a lot of work. Really a culmination work dating back to the spring in terms of this process, the acquisition of men, the training and teaching of those men, the evaluation of those men, the drafting of others included in the same the process. The rehabilitation of injured guys at the end of last season onto the preparation and condition training and so forth into this season.

So, we don’t underscore where we are in this process. As a matter of fact, we have been working hard this week to highlight how important this week is versus Carolina. I’ve been here, I think 12 seasons now, so you get a little perspective. Carolina has been our fourth preseason partner the whole time I’ve been here so I go back and I look at some of those games and I look at guys that have made significant steps in that game to make a case for themselves and go onto not only making the team but also in perspective of careers that developed based on things that have happened in this game.

This is not something that is mystical. Many of their teammates have gone through this same process and utilized performances in this game as a springboard to their careers. We show Antonio Brown covering a punt in 2010 in this game, this morning for example in the team meeting.

So, I am excited about it on that level. I am excited about watching these guys lean in at the tape and really put an exclamation point on what’s been good work but I am also excited about transitioning toward the regular season so all of those things on what this week is about for us, got some division of labor.

Much like the other games, we’ll leave the light on for those that are battling injury and won’t exclude any of those guys from consideration until the eleventh hour so I do not have anything from an injury standpoint relative to participation but there will be obviously selected veteran guys that won’t play in this game.

We want to put these guys in the position to perform, play fast, and free so we won’t trick ourselves and also you have to acknowledge we play these guys later in the year and I am sure they acknowledge that element of it as well.

Could you keep all four quarterbacks on the roster?

You are certainly capable of it. If you look at what happens in the National Football League it has been done. In today’s NFL, two are probably kept more times than four so it’s probably less frequent than two at this juncture.

Are you finding yourself more solid on what the roster is?

I never try to compare, and you guys know that. You guys always ask me questions about this year relative to another year and I just try to remain singularly focused on this group, the development of this group, the evaluation of this group so I hadn’t noticed that because I hadn’t’ looked for it.

How tough is it to evaluate a player like Marcus Allen who has been hurt most of camp?

It’s very difficult. The odds are stacked against him but I also showed him examples of other men who’s odds very against. I showed him a video of Ross Ventrone covering a punt in the Carolina game making a splash play and I think Ross had missed two or three preseason games that year with a hamstring injury but we got to a level of comfort with what we saw from him in that game that he made our 53-man roster for example so that’s what I mean.

It’s a lot of unique cases of what seemingly are unique cases, they aren’t unique. We are trying to show them examples of guys that have come through the other side of adversity, be it depth chart related things, growth and development related things, injury related things what have you. This is an opportunity to put an exclamation point on your work.

You used two punters last game, is that an open job?

I have to be open to all jobs being open. I wouldn’t take Matt [Wile] to camp if I didn’t think he was a guy that was under consideration so that’s certainly the case. The reason he didn’t punt in Green Bay, remember he handled the kicking duties.

Are you worried about the tight end group with injuries?

I’m not, particularly this time of year, one man’s misfortune is another man’s opportunity. It’s provided great learning opportunities and reps for the young guys like we maybe mentioned to you guys. Jesse’s [James] injury was minimal. He’s back working yesterday and today so I am not.

Would you prefer to see T.J. Watt in a preseason game?

It’s just prudent to put them in an environment, watch them work, and not only the quality of that work, the length of that work but the reaction to that work. So, if it seems like I am elusive I am because we’ve got two practices between now and game time. We’ll execute those practices.

After the game how long does it take to make the roster 53?

Kevin [Colbert] and I aren’t paid by the hour. We don’t punch a timer. The key is to make good, prudent decisions for this organizations and put the best collection of men together that can help us pursue a world championship so sometimes that has occurred in a number of hours.

Sometimes that has developed into next week and up until the end of next week in terms of acquiring players or moving and so forth, so we do whatever needs to be done. We do not overanalyze the amount of time it takes or the amount of work it takes.

Do coaches talk you into keeping specific players?

Everybody gets an opportunity to express a voice, if that is what you are asking, certainly. We create an environment that is inclusive where opinions are valued, certainly.

Will you be able to get Ryan Switzer on the field Thursday?

It is our intention to get him on the field on Thursday. We’ll see what these next two practices looks like and then what goes beyond that we’ll let the dominos fall and see how this week goes.

Our intentions are to play him on Thursday, but we’ll wait and see what these two practices look like. The guys getting off of red eye, etc. so, let’s see how it goes.

What kind of transition and difficulty is it going from one return game to another?

That guy has been a returner all his life. I’d imagine it’s like breathing, swimming, or riding a bike. I don’t imagine it really being really significant.

How did Antonio Brown do on his punt coverage?

It was a fair catch. He used a speed release that we’ve all become familiar with. He got down the field and forced a fair catch.

Has Stevan Ridley played less in preseason because you already saw game tape of him last year?

He’s missed some time due to injury.

When you compare what a guy has done in the fourth preseason game versus in OTA’s or minicamp, how much can the performance on Thursday impact those decisions?

It’s a final exam. It’s weighted. It is because as you want to see how they perform under duress or anxiety, or pressure because that is reflective of this journey that we are about to get on, that is a regular season.

So, I don’t mind drawing them all in, telling them how important this game is because it is and seeing how they perform knowing all of that. I think you will learn a little about them in the midst of that and that is ok.

Ben Roethlisberger says his arm feels better than it has in a while, how does that affect your practice plan for him?

It is and has been very fluent. We’re open to doing what is needed to make sure he is in the top physical condition that he can be in, stepping into a stadium and still be prepared.

So, that’s a very fluent process that includes dialogue obviously. It has been very good dialogue and I do not imagine our approach changing.

Transcript provided by the Pittsburgh Steelers