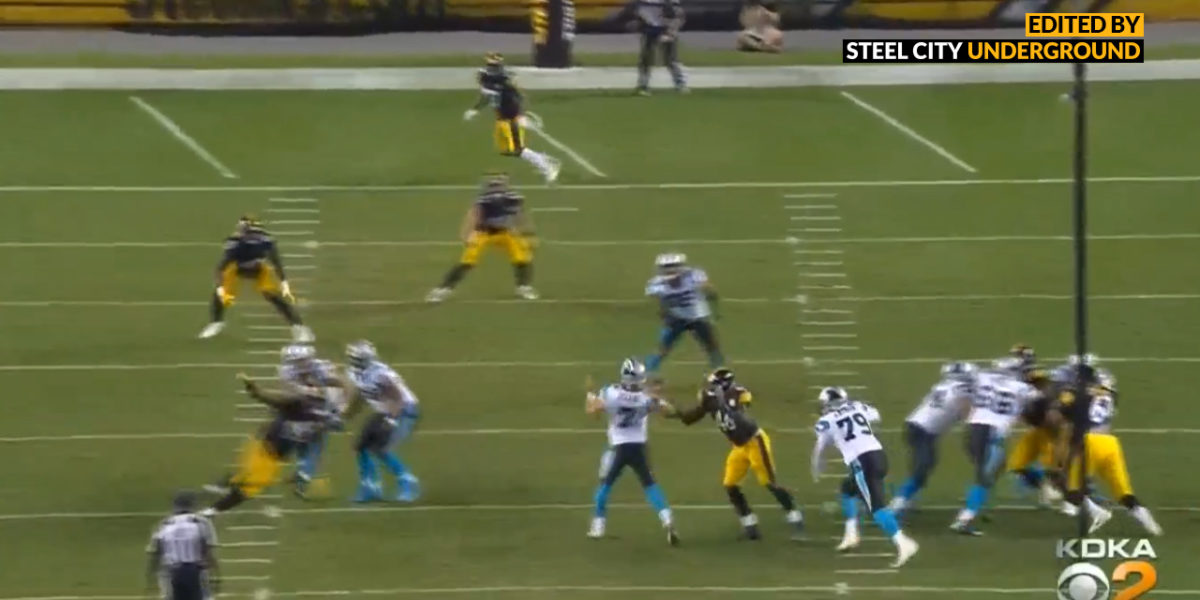 One of several preseason standouts for the Steelers has been undrafted rookie inside linebacker Matthew Thomas from Florida State. Each week it appears Thomas grows and continues to make his case for being one of the few players the Steelers keep on an already deep 53-man roster, one which has few open spots for incoming players to make.

However, Thomas showed his ability to create splash plays once again on Thursday night against the Panthers. At the beginning of the fourth quarter, Panthers QB Kyle Allen stepped back to pass as Thomas beat his matchup and slapped the ball free from the passer.

Incredibly, Thomas also caught the ball as it wobbled in mid-air! He then turned on his highest gear, sprinting down the field for 75 yards before being stopped exactly one yard short of the end zone.

There aren’t many preseason plays which usually standout from year-to-year, but I’m willing to bet Steelers fans will have a positive memory of this one for years to come. Let’s see if the same can be said about the impression Thomas has made on those decision makers fleshing out the final 53.