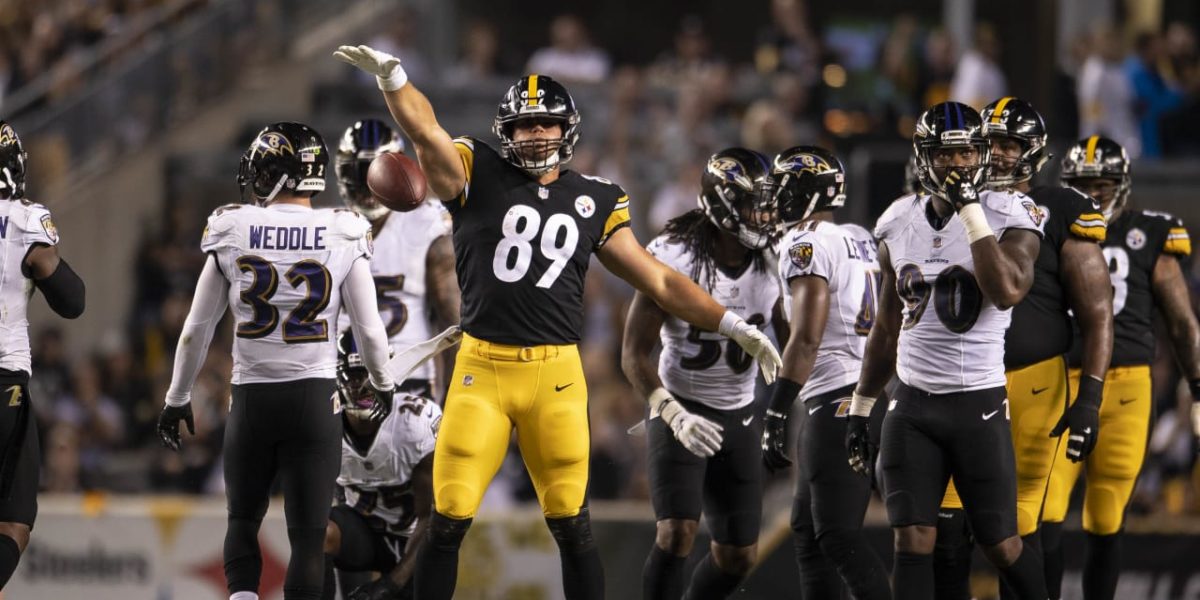 Z-Factor: Have no fear, Vance is here!

Let me take you back to August 29th, 2017: something exciting is about to happen. The Pittsburgh Steelers are on the cusp of cracking open a new regular season with high hopes and the best offense in the league, but there’s a problem.

These famous words spoken from none other than Steelers head coach, Mike Tomlin, were in reference to his team’s current tight end room. It was on this day that Pittsburgh made a move to upgrade one of their weaker spots on the roster, and they traded for a 4-year veteran (at the time) Vance McDonald.

McDonald had recently been signed to an extension by his former team, the San Francisco 49ers, which made the move all the more surprising. At the time, opinions were generally mixed with the majority leaning towards being unenthused by the arrival of the former second-round product from Rice University. This seemed in large part because McDonald had a bad history of dropped passes and also battled injuries.

However, since arriving in Pittsburgh, Vance has been what the Steelers needed!… when he’s available.

Unfortunately, and no fault to him, McDonald has had a hard time staying healthy here too. The “drops” that supposedly plagued him seem to have been overblown though, as he has been sure-handed when on the field in 2018.

To me, the Steelers clearly want Vance McDonald to be an integral part of their offense. In the very early stages of training camp, tweets were coming out left and right about how much the tight end was being targeted in team drills. It wasn’t long before fans started to get excited about the possibilities of what Vance could bring to the table that an apparent foot injury sidelined him for the entire preseason.

After missing two games to start the season, McDonald has been back in the starting lineup: and it’s been nothing but sweet music between he and Ben Roethlisberger.

We’ve all seen the stiff-arm by now, a generational play in and of itself, but let’s talk about consistency. Consistency hasn’t really been McDonald’s forte, because of injuries. He’s not injured now though, and he’s been crazy consistent for Big Ben.

In week three’s performance verse Tampa Bay, not only did McDonald put up 100 yards, but he hauled in a perfect 5 receptions on 5 targets. Fast forward to week four versus Baltimore, number 89 hauled in 4 receptions on 4 targets. The chemistry is there, despite being inactive until week 3 this year.

As much as I wish it did, it doesn’t take a genius to see that the middle of Atlanta’s defense is vulnerable at best right now. The Atlanta Falcons fly their flock into town a few wings down. Both starting safeties, Keanu Neal and Riccardo Allen are out for the season, as well as starting inside backer Deion Jones.

And who thrives harder in the middle of the field than tight ends in the passing game?

Vance found his way onto the Z-Factor list late last year and although Pittsburgh lost, he put up over 100 yards against The Jaguars in the AFC playoffs.

This Sunday presents a perfect opportunity for Vance McDonald to continue to help the Steelers in a big way: through the air and as superb blocker as well.