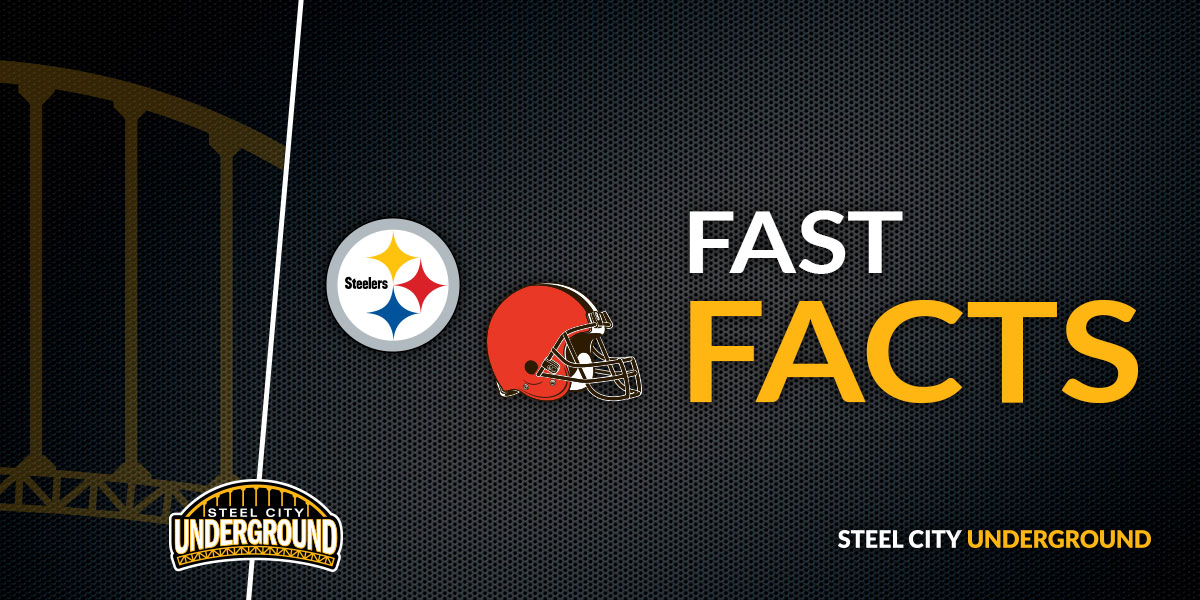 Stats and information for the Steelers return from the bye week

MyBookie’s NFL betting line has the Steelers -8, with a 48.5 over/under.

This week’s game will mark the 132nd regular-season meeting between Pittsburgh and Cleveland… the Steelers own a 14.5-game advantage in the regular-season series against the Browns (72-58-1)… Sunday’s game will be the 66th time the two teams will meet in Pittsburgh where the Steelers have won 23 of the previous 25 games… the Steelers and Browns have met 17 times at Heinz Field, where Pittsburgh owns a 16-1 record against Cleveland… the two teams have met 43 times in the month of October (Browns lead, 28-15).