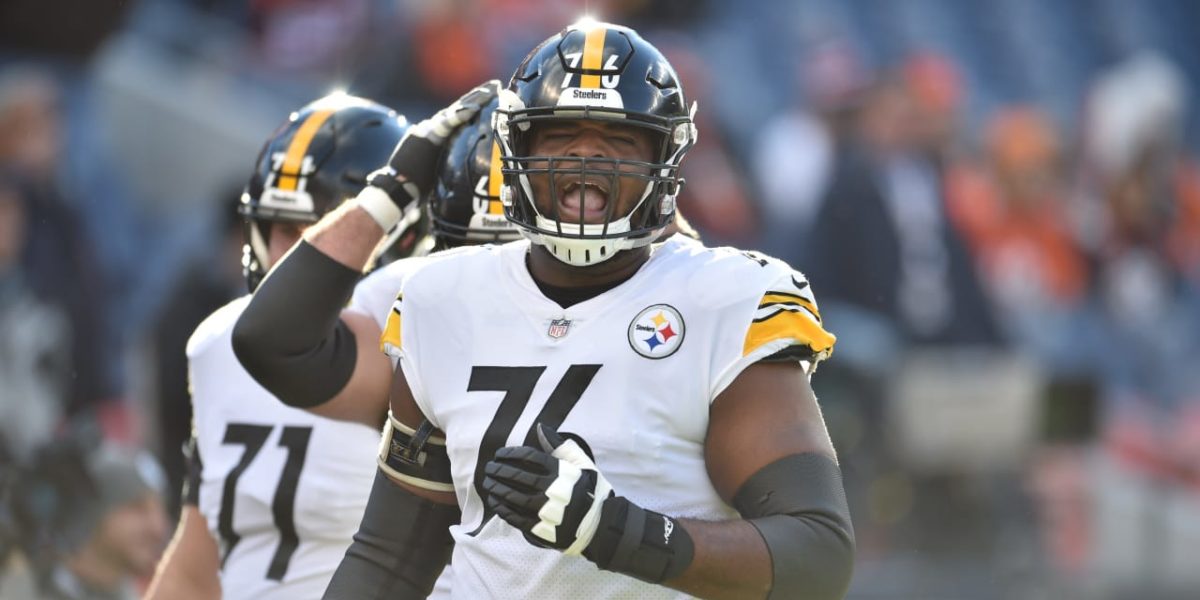 The Broncos game was just as agonizing as the Jaguars game, but with a worse outcome. After compiling 527 yards of offense and dominating in time of possession, Pittsburgh could not get the chips to fall their way as they lost to the Broncos by a touchdown in Denver. It was a game the Steelers wish they could have back. Here are my winners and losers from the Steelers match-up against the Broncos:

One of the Steelers stars that didn’t have a costly turnover was JuJu Smith-Schuster. JuJu was completely dominant in this game – catching 13 of 17 for 189 yards and a touchdown. He also took one to the house from 97 yards out and should have had another deep touchdown had Ben not overthrown him on a terrific double move. JuJu could not be slowed down in this one, but it was turnovers that ended up costing the Steelers.

Though Ben was sacked twice in this contest, the offensive line played a very good game against Denver’s defensive front (especially considering 3rd round rookie, Chukwuma Okorafor, started at right tackle). Ben had lots of time to stand in the pocket and find open receivers downfield on route to a 462-yard passing performance.

Switzer did fumble the ball on a punt return but fortunately was able to recover it himself. Ryan Switzer came up big in the passing game for Ben – catching 6 of 8 targets for 67 yards, and picking up several key 3rd down conversions.

It was easy to see that Fort was the best of their inside linebackers that saw the playing field this past Sunday. Fort only garnered 4 tackles, but he took good angles against the run and flashed the ability to turn and run in pass coverage.

Grimble had a 23-yard catch and run on his lone target, but tried to do too much at the goal line and fumbled the ball for a costly touch-back that would have been a guaranteed 7 points for the Steelers.

Even with his awe-inspiring comeback against Jacksonville, it’s getting harder and harder to trust Ben Roethlisberger. Only 21-year old rookie, Sam Darnold has more interceptions this year (14) than Big Ben (12). Roethlisberger threw two interceptions against the Denver Broncos – one coming on a forced pass at the goal line into traffic.

The Steelers can only go as far as Ben will take them, and these turnovers are costing them dearly. To put it into perspective, Drew Brees, Aaron Rogers, and Russell Wilson have a combined 8 interceptions on the season through week 12.

Ben’s decision making has got to improve.

Conner was doing fine with his opportunities (95 yards on 17 total touches). However, for the second consecutive game, James Conner has had a play that could have proved to be costly. This time it was in the form of a lost fumble inside scoring territory late in the game.

Vance had a very quiet outing against Denver. He temporarily left the game with a hip injury, but he posted just 27 yards receiving and dropped a touchdown pass.

Though Watt left the game early with a wrist injury after attempting to jar a ball loose, he later returned but failed to make an impact in this contest. Watt was irrelevant most of the game and collected a single tackle to his stat line.

Haden was torched down the field at least twice by former Steelers receiver, Emmanuel Sanders. Fortunately for him, Case Keenum overshot Sanders on what should have been an easy touchdown.

The loss of Stephon Tuitt

Now missing two consecutive games, the Steelers have allowed 151 rushing yards per game in Tuitt’s absence. There’s no doubt in my mind that Tuitt makes a difference in this area of the game. Pittsburgh should be very anxious to get him back soon after allowing Philip Lindsay to 110 yards on 7.9 yards-per-carry against the Steelers this week.