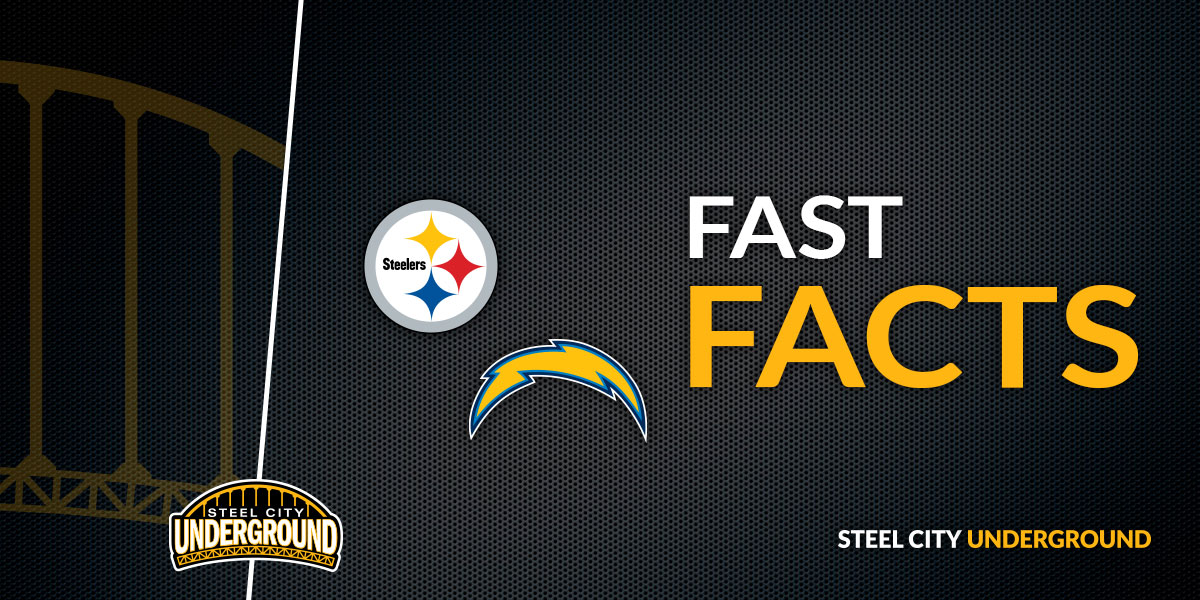 Stats and information for the Steelers return to primetime, Heinz Field

This week’s game will mark the 30th regular-season meeting between Pittsburgh and San Diego/Los Angeles… the Steelers own a 15-game advantage in the regular-season series against the Chargers (22-7)… Sunday’s game will be the 16th time the two teams will meet in Pittsburgh, where the Steelers won each of the first 14 home games of the series… the two teams have met 11 times in the month of December (6-5).