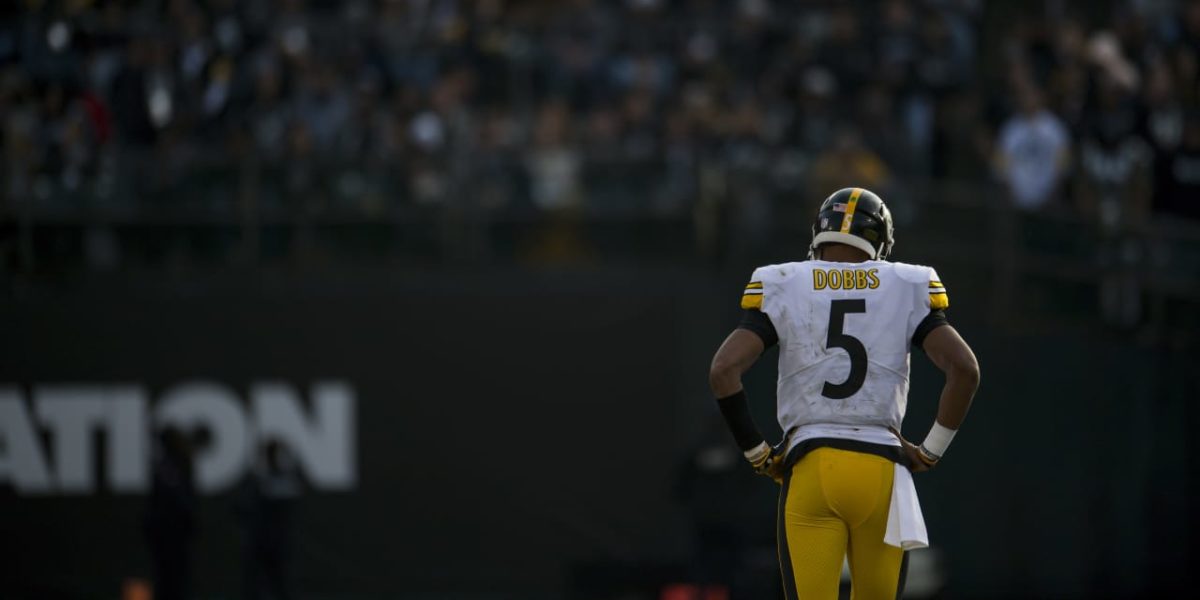 It’s getting hard to stomach the Steelers as of late. Mike Tomlin’s team traveled to Oakland this past Sunday to face the 2-10 Raiders, only to be handed their third heart-breaking loss in a row. It was a rough game all around for this team.

Here are my winners and losers from the Steelers week 13 loss to the Raiders.

I would like to say that nobody was a winner after this game, but if there is one player who doesn’t deserve an ounce of blame, it’s JuJu Smith-Schuster. JuJu was phenomenal – routinely making spectacular grabs outside of the framework and posting one of the best showings of his young career. He finished with 8 catches for 130 yards and 2 touchdowns in a remarkable performance that was overshadowed by a Steelers loss.

Though Ben had some questionable decision making and almost threw yet another interception in the endzone to end the game, he had a very good performance overall. Ben completed 25 of 29 passes for 282 yards and 2 touchdowns despite missing much of the second half with a rib injury.

Tuitt was the only bright spot on what was otherwise a very disappointing defensive performance. Tuitt got after the quarterback with a sack, two tackles for loss, a QB hit, and a pass deflection at the line of scrimmage. He was also a factor against the run – holding the Raiders rushing game to 2.2 yards per carry.

Last year, Boswell was 35 of 38 on field goal attempts. This season, he already has 11 missed kicks between field goals and extra points. Put a fork in him. He is done. Time to absorb the dead money from his rich new deal and move on.

Apart from a nice pass deflection in the endzone late in the game, I don’t think I could have played much worse than Burnett this past Sunday. He was horrible in the passing game and Derek Carr and Jared Cook made him pay big time.

How on earth do the Steelers continue to lose to bad teams year after year? The Raiders are a 2-10 football team with nothing to play for except a higher draft pick. This loss (along with the previous two) are absolutely inexcusable. Despite his previous success with this team, Coach Tomlin needs to be in the hot seat at this point.

I am a big supporter of Fichtner. I think he has done a great job overall this season. However, he called a terrible game this past week. The offense struggled the entire contest, and despite not being able to run the ball a lick, Fichtner stuck with it – forcing second year quarterback Josh Dobbs into numerous 3rd and long situations. At some point, you need to scratch what’s not working and write a new script.

I would point out specific players, but just about everybody played poorly. Though the Steelers did a good job shutting down the run, the secondary and linebackers were gashed by Derek Carr and the Raiders offense. With Shazier out of the mix and Kevin Colbert missing on first round picks in recent years (like Artie Burns and Jarvis Jones), the Steelers just don’t have much talent on defense at this point.

What is normally one of the league’s best units really struggled this past Sunday. The offensive line literally got no push in the run game, as the Steelers rushed for just 2.1 yards per carry (even with Josh Dobbs chipping in 2 carries for 15 yards). In pass protection, they were beat pretty easily a few times by a team who is among the bottom in the league at getting pressure. It was a game the o-line is going to want to forget.

Josh got his first real NFL action this past Sunday when Ben went down with a knee injury, and it wasn’t pretty. Dobbs completed just 2 of his 9 pass attempts with an interception and failed to lead his offense to a scoring drive. I am very high on Dobbs, however, and I think he deserves a break in this one. The second-year quarterback didn’t have a chance to practice with the first team offense, and his run game and Fichtner’s play calling wasn’t doing him any favors.