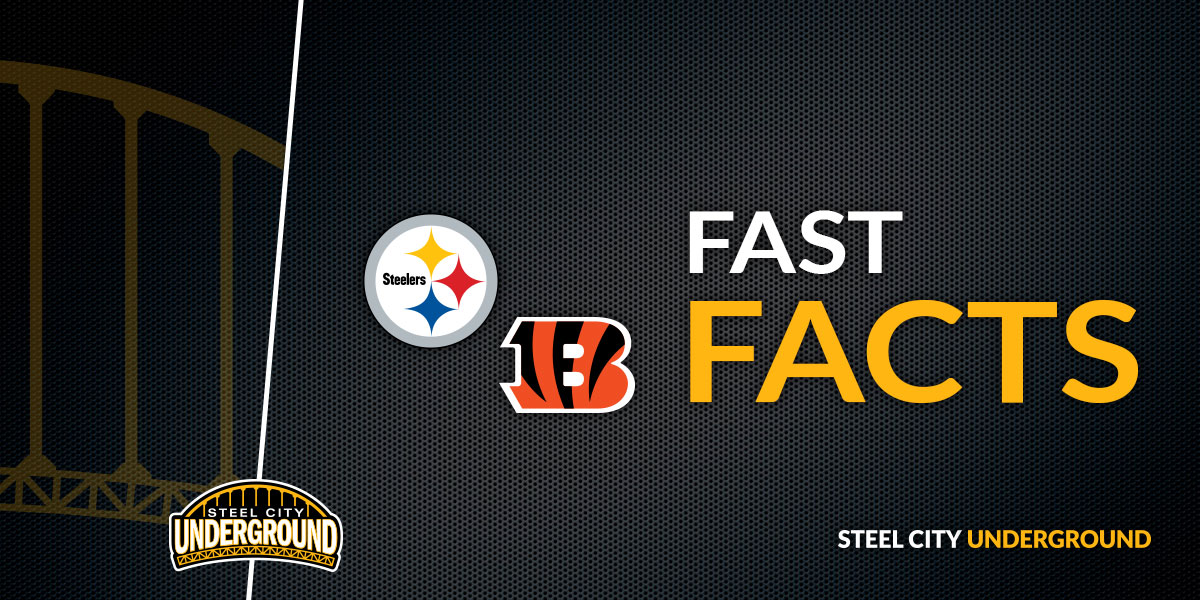 Stats and information as the Steelers host the Bengals

This week’s game will mark the 97th regular-season meeting Pittsburgh and Cincinnati… the Steelers own a 26-game advantage in the regular-season series (61-35), including a 32-16 record at home vs. Cincinnati… Sunday’s game will mark the 25th meeting between the two teams in the month of December, with Pittsburgh holding a 16-8 record in the month against Cincinnati (5-2 at Heinz Field).